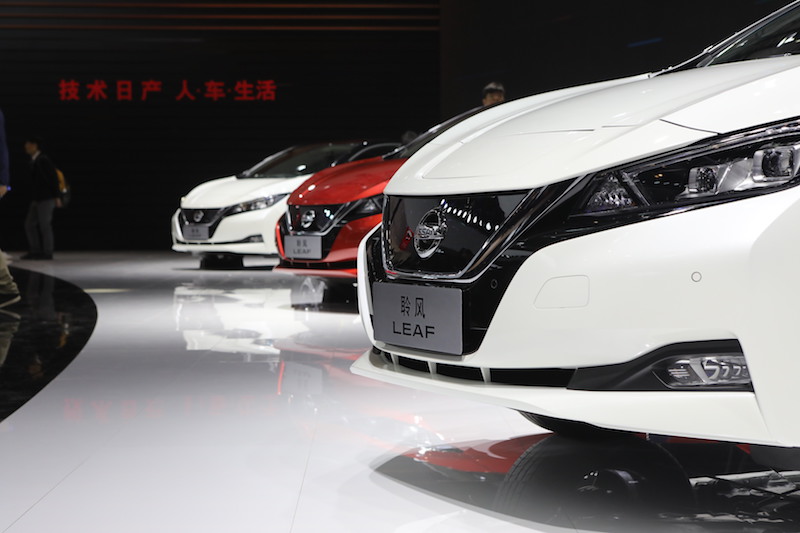 An increasing number of car manufacturers based in the US and Europe are turning their sights on China, especially since authorities recently promised to abolish the rule that companies outside the country can own a maximum stake of 50% in joint ventures with Chinese companies. Tesla was among the first to announce it would build a new factory in Shanghai in order to take advantage, with a potential output of 500,000 units a year.

Other OEMs such as Volkswagen, Daimler and BMW have revealed plans to expand in China, and now two Japanese car makers have decided to get in on the act.

The Nikkei newspaper recently reported that Nissan is spending 100 billion yen (US$900m) on the construction of a new vehicle assembly plant in Wuhan – the capital city of Central China’s Hubei province. Predicted output for the facility is 200,000 to 300,000 units per year.

The OEM has also revealed new production lines are going to be added its plant in Changzhou, which is located in the southern Jiangsu province, with the goal of expanding capacity by around 120,000 vehicles a year. The plant is operated as part of the long-standing partnership between Nissan and Dongfeng, so the decision to increase volume could reflect Dongfeng’s plan to introduce 20 new electrified models by 2022, each of which will use Nissan e-Power technology. Dongfeng Nissan has also started making the Sylphy zero emissions vehicle at its plant in the Huadu District of Guangzhou.

Nissan recently reported that sales during July 2018 increased to 106,859 units, up 2% when compared to the same month during 2017, while demand for Dongfeng Nissan and Dongfeng Venucia models rose by 4.2%. The company’s chief performance officer and chairman, José Muñoz, said that he was highly optimistic about Nissan’s position in the world’s biggest vehicle market: “We see a very bright future in China. We look forward to growing with this critical market for the long term.”

Not to be outdone, Toyota is planning to expand one of the facilities it operates in Tianjin – a major port city in north-eastern China – as part of a joint venture with First Automobile Works (FAW). New assembly lines will cost around 28 billion yen, and will allow the OEM to make 10,000 battery electric vehicles (BEVs) and 110,000 plug-in hybrid electric vehicles (PHEVs) there every year. This means the plant’s capacity will increase by 24%, according to Reuters.

Furthermore, the company is also expected to add capacity to a plant in Guangzhou – another jointly-owned plant, this time with Guangzhou Automobile Group (GAC), situated north-west of Hong Kong. It currently has an output of 500,000 units per year, but will be capable of making 620,000 after the expansion.

Toyota saw an 8.6% rise in vehicle sales across China during May 2018 when compared to the same month in 2017, following on from a 9% increase in April. During the first five months of the year, the OEM sold around 562,000 units in the country, marking an 8.7% rise year-on-year.

As well as companies like VW, Daimler and BMW, both Dongfeng Nissan and Toyota are evidently keen to up their game in China’s electrified vehicle market. Several market analysts and experts have suggested that this trend is being spurred by regulation, and will result in greater local production of EVs and PHEVs.

According to a report from the International Council on Clean Transportation (ICCT), around 595,000 EVs were built in China during 2017. This represented half of all EVs produced in the entire world, and is more than Europe, Japan and the US combined. Out of the top 20 EV manufacturers in the world, nine have headquarters in China, while four are based in Europe, three in the US and three in Japan.

The report, which was released in May 2018, suggests that one of the primary drivers for EV manufacturing in the country is government policy. “China has comprehensively promoted domestic and foreign investment in batteries and electric vehicles with its central planning and reinforcing local policy,” it reads. “Setting clear volume targets and providing financial incentives ultimately has vested governments and companies in developing an electric vehicle market and a manufacturing base.”

It also suggests that the rules surrounding electrified vehicles and their batteries, which must be manufactured in China, are vitally important: “Restricting electric vehicle incentives to vehicles with batteries manufactured in China promotes local production and is driving Japan- and South Korea-based companies toward China production.” The China-owned Contemporary Amperex Technology Ltd (CATL) was recently valued at US$12.3bn as shares in the company rose by 44%. It lists VW, BMW and Nissan among its customers, and is reportedly set to build a new factory to keep up with demand.

Some are looking at adapting existing facilities, making room for new production processes and the marriage of batteries into vehicles, while others are looking to build new plants solely dedicated to electrified vehicle production.

In the AMS Electric Vehicle supplement, we explore the various challenges facing OEMs in light of growing interest for electrified vehicles, and provide unique commentary from experts such as GM’s Pamela Fletcher as to how these problems will be tackled.