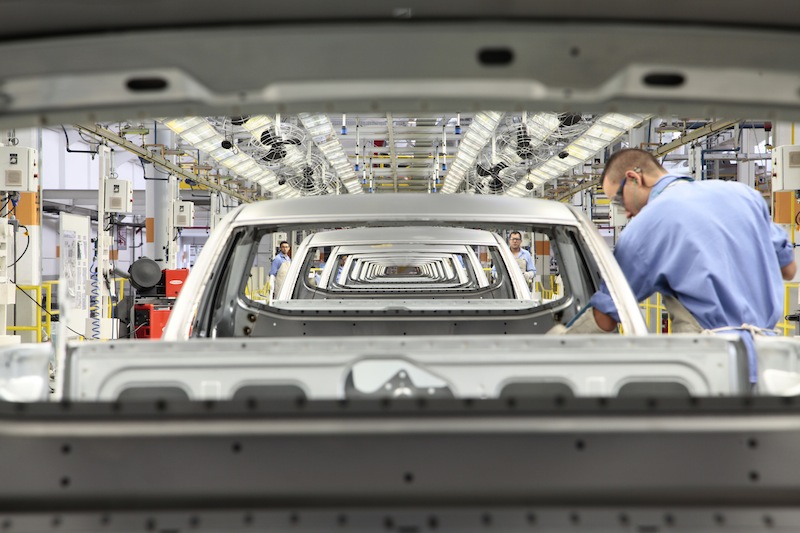 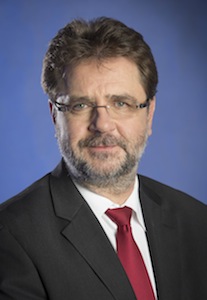 JP: Anchieta was the first Volkswagen plant outside Germany, established in 1959. Does this mean that back then VW had already recognised South America’s potential as an emerging market?

Frank Sowade (FS): Sure. And after this we [VW Brazil; the OEM also has sites in Argentina] had another three plants built: Taubaté in 1973-76, São Carlos in 1996 and the last plant was São José dos Pinhais in the region of Curitiba in 1998 – launched in 1999. So today we have four production plants: three building cars and one powertrain [São Carlos].

JP: How important is Anchieta today as a production location for VW?

FS: It’s where the whole history starts. In this plant, we have not only the production of cars but also corporate areas. In reality the whole automotive industry in Brazil was born in this São Bernardo do Campo region, so the centre of our business and brand here in Brazil is Anchieta Plant.

The main car producers came to this region. It was the start not only for VW but Scania, Mercedes-Benz, Ford, General Motors; several car producers. One of the reasons is that we have the port very close by, and in the beginning most cars were built with parts imported from abroad – the United States or Europe – and the other one is the qualification of the people. Several universities are very close to the plant, really good universities, and that of course is one of the important things that the automotive industry needs: qualified engineers and professionals.

“I think Brazil as a whole, not only the automotive industry, has a lot of homework to do in terms of productivity if we want to be competitive”
– Frank Sowade, plant director, VW Anchieta

JP: VW Anchieta has been upgraded since its establishment half a century ago. How difficult has it been to modernise an old plant; have you needed to stop production?

FS: That’s one of the challenges. We have a very clear target not to jeopardise the production while we are increasing or bringing in new products. Normally what we do is to use the holidays at the end of the year to make the bigger modifications or implementations that we need. For this, we have normally nine to ten days between Christmas and New Year’s Eve. However, other activities we plan to do over weekends. But we do not like to have really big stoppages to introduce new products.

Over the last few years, the production processes that we have implemented have been very flexible. Mainly working on the same platform, sometimes a different one, but with every implementation that we make and every new product that we bring in, our flexibility increases so that it is easier to implement it without disturbing the running production.

JP: Considering its age, what measures has VW taken to ensure that Anchieta is a sustainable manufacturing operation? 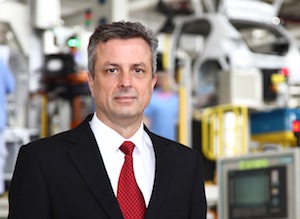 Almir Marques (AM): We have three pillars to increase sustainability. The first one is the little changes that use our innovation and creativity to improve the [existing] process and achieve a better performance. The second is, in each new product or process, we increase the focus on the gains that we can have with this new project. The third one is specific projects, for instance hydro-power, that we can conduct external of new processes or products to reach performance indicators.

JP: What progress has VW made in rolling out its Think Blue policy to Brazil?

FS: The Think Blue name is more or less new. For years in Brazil we have also been working with regulations from the government. I remember when we built the São Carlos plant; at that point in time nobody talked about ISO 14000, we talked about the British standards, and we also considered the British standards in terms of environmental protection with the ISO 14000 launch. São Carlos was the first Volkswagen plant outside Europe to receive this certification. Environmental protection was part of our philosophy even before Think Blue.

What Think Blue Factory did over the last two years was to set targets in terms of the reduction of five main indicators [energy, water, waste, CO2 and solvents], even though we were already working on this before. It’s more a worldwide standardisation of a strong ‘thought’ in terms of the environment.

AM: It’s about the exchange of information. We can take a solution from a plant in Brazil or worldwide and use it in each plant to give better results. We use tools to simulate the impact that each process will have on these indicators – energy, water, and so on – and with this simulation we can compare and select the better solution. Also, we can conduct a simulation of the lifecycle impact of our product, from the raw material to the use of the cars.

JP: What effect does Brazil’s Inovar-Auto programme have on VW’s operations in the country?

FS: The goal of Inovar-Auto is very clear. What the government wants with that is an incentive for those who are investing in mainly three things. One is the product development in Brazil; the second one is the development that is done mainly by ourselves in having the biggest proportion of car parts or subassemblies made in Brazil, not imported; and the third one is about the efficiency of our engines. These are the three pillars that were defined by the government; to increase the development of new technologies in Brazil and of course to increase the local content of the cars produced here. That’s a very short explanation, but these are the main issues I see in Inovar Auto.

“The logistics are a big issue in Brazil. More than 90% of goods are transported by trucks; the railway has a very low utilisation”
– Frank Sowade, plant director, VW Anchieta

FS: There is a lot to do, I think, in all directions. More and more, manufacturers are bringing global products to Brazil, and with that of course one issue is the training and qualification of our employees. That’s one of the challenges we have.

Also, with this worldwide platform we are bringing a lot of technology to our plants and to our dealers. The cars that we are building today are much more complex than the ones that we built five or ten years ago.

In terms of infrastructure, of course the logistics are a big issue in Brazil. More than 90% of goods in Brazil are transported by trucks; the railway has a very low utilisation. There is a lot of space for improvement in the logistics area. That’s very, very clear.

AM: There are two sides to logistics: the inbound and the outbound. Because with the size of Brazil, the supply for our dealers is also a challenge.

FS: It’s difficult. It takes days to bring a car from here [Anchieta], where we produce it, for example to the north of Brazil.

AM: A region that is increasing now in importance.

FS: One important thing for me that’s linked to everything is the point of quality. I think Brazil as a whole, not only the automotive industry, has a lot of homework to do in terms of productivity if we want to be competitive and keep on running. That’s one issue as well. That’s not focused on VW; that’s focused on the whole economy.

JP: Does VW Brazil expect to increase its capacity and production volumes in the mid to long term?

FS: It all depends on the reaction of the market. Today, with three plants, in terms of capacity I think we are well structured and of course our focus at this point in time is on product.