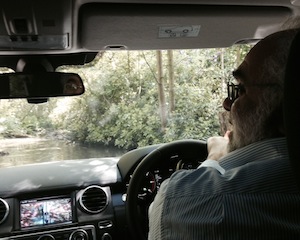 An interesting news report caught my eye recently; the article suggested that PSA – whose Chinese plants are operating well below capacity – will lease one of its factories in China to Nissan later this summer. The report suggested that the factory and its workforce will move to Nissan in whole, transferring around 150,000 units of annual capacity to the Japanese company. This would reduce PSA’s capacity in China from 900,000 to 750,000 a year at PSA’s other three plants, increasing Nissan’s capacity from 1.1m to 1.25m vehicles a year.

Assuming this happens, it would not only be a rare occurrence – car companies transferring entire factories and their workforces is a far from simple exercise, especially in highly regulated developed markets – but possibly suggestive of a new direction for parts of the automotive industry.

However, while transferring employees from one company to another may well be easier in China than in Europe, it is not just the regulation issue which is noteworthy. It is the implications for industrial organisation and the potential for reversing some of the conventional thinking in this regard which is interesting. One imagines that Nissan will want to make its own vehicles there soon enough, but this would require significant time and financial investment to retool the assembly lines – or has Nissan found a way to use the existing PSA equipment and setup to make Nissan models? Even with Chinese wages being well below those in Europe and Japan, it is difficult to imagine Nissan would want the Chinese workforce it was leasing from PSA to be unemployed for too long.

How this works out could open up a world of possibilities for underused facilities in the industry elsewhere. Traditionally it has been assumed that car plants are fixed and relatively inflexible entities, only able to make the vehicles they were set up to make. However, the development of platforms and modular approaches to vehicle design have made it easier for car companies to make a wider variety of models on a single line – theoretically VW can make most vehicles using its MQB platform in any of the dozen or so plants across the globe which have been configured to use this platform. Toyota and PSA itself have similar modular platforms which ought to allow several models using the same basic platform to be made in the same plant.

What the PSA-Nissan plan suggests is that car companies may well be to make their own vehicles in a factory set up for another company’s vehicles entirely in a relatively short turn around time. If so, then under-utilised plants elsewhere could find themselves with a new lease of life, employment and other laws permitting. Several European plants have been operating a remarkably and arguably unsustainably low utilisation rates for some time, while other companies have struggled to meet demand, lacking capacious in the right locations to supply local demand.

Traditionally, car companies in Europe have turned to established contract manufacturers, notably Magna and Valmet (and Karmann before it was acquired by VW) but perhaps the unused plant 2 at Honda UK and other un- or under-used factories elsewhere might actually be quickly reconfigurable to make vehicles for apparent competitors. The industry could well be looking at a new paradigm sooner rather than later as companies fight for survival.