Mexico's strong growth in vehicle production is requiring suppliers to invest in their own manufacturing facilities in the country. AMS takes a look at some of the key developments over the past few years 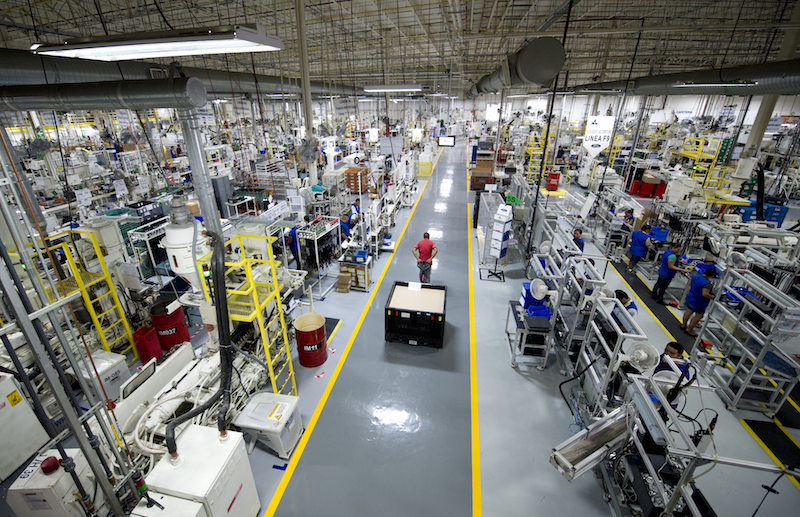 As vehicle-makers in North America change their manufacturing footprints in the region, their suppliers are adapting accordingly. However, companies moving into Mexico do so for a variety of reasons beyond simply being encouraged to by their clients. Lower wages, improving logistics both within the country and into the US, plus Mexico’s free-trade agreements with various jurisdictions around the world are all contributing to the expansion of the Mexican supply base; this includes a number of domestic suppliers which are increasingly being recognised for their quality and competitiveness.

Investments in Mexico come from across the world. For example, Germany’s ThyssenKrupp announced its sixth Mexican plant in Q4 2015, for the production of cylinder covers with integrated camshafts. This involves an investment of €45m ($50.6m), but ThyssenKrupp has earmarked a further €250m for more expansion in the country. As noted below, numerous other suppliers, especially from Japan (Advics, Hakkai, Sekisui and Topy), plus several Korean companies, such as Hanwha, have also announced new or increased investment in Mexico. Hanwha has opened a bumper production facility to support the new Kia plant at Pesquería in Nuevo León (another new supplier factory here is TI Automotive’s ninth facility in the country, which will make brake-line assemblies; clutch lines with flared tubes; water, oil and vacuum tubes; transmission lines; and exhaust-gas reduction pipes).

Several companies established themselves in Mexico many years ago, before the recent burst of investment by international suppliers. For instance, Jatco, the Japanese supplier of automatic gearboxes and continuously variable transmissions (CVTs), opened its Mexican plant at Aguascalientes in 2005, before it launched facilities in China in 2009 and Thailand in 2013.

Further change is likely in Mexico’s supply base, and not only as a straightforward response to each new vehicle plant being added. For instance, BMW and Mercedes-Benz are understood to be working together to develop their supply networks in Mexico in line with their plans to start local vehicle production in the near future. The two German companies intend to build on existing collaboration which has taken place in their homeland for many years. Few details have been released so far, but a new wave of investments from German suppliers to both of these OEMs can be expected.

– Seat heating systems supplier Kongsberg has invested in Mexico and Poland in parallel to supply one of the German premium brands across its entire range. The ten-to-12-year lifetime supply contract will involve deliveries from Mexico to the customer’s North American Free Trade Agreement (NAFTA) plants and others elsewhere in the world, starting in Q1 2017, while European deliveries from Poland will commence later that year. The significance of this contract is that it is not model-specific and a key factor in the decision to source from Kongsberg was its existing Mexican production facility, plus the ease of access to NAFTA and other markets from the country. The factory is located at Reynosa, Tamaulipas, which is very close to the US border.

In April 2016, GKN opened a new propshaft facility at Villagran

– A similar global contract has been won by Tristone Flowtech for the supply of engine and battery cooling systems. The lifetime contract for an unnamed global vehicle company is worth €230m and production will be split between plants in China, Poland and Mexico, with the factory at Delicias, Chihuahua, supplying NAFTA sites.

– KS-Gleitlager, a subsidiary of KSPG, will share the production of thrust washers, bushes and bearings between its Mexican plant at Celaya, Guanajuato, and the main factory at St Leon-Rot, Germany. This contract has made KSPG the exclusive supplier of bearings for ZF’s six-, eight- and nine-speed automatic transmissions.

– In April 2016, GKN started propshaft production at its third plant in the country, which has capacity for 1m units a year. This $17.5m facility will supply the Mexican and southern US factories of customers including Audi, BMW, Ford, Honda, Mazda, Nissan, Volkswagen, Daimler and Fiat Chrysler Automobiles. Some of the output from this plant will, however, be exported to Europe for the Jeep Renegade (made in Italy), the Range Rover Evoque (the UK) and the Volvo XC90 (Sweden).

– Tyre manufacturer Pirelli is investing $200m in a factory at Silao, Guanajuato, alongside an existing tyre plant. Production is due to begin in 2017 and will focus on tyres for premium vehicles, mainly those made in the US, but the plant is also expected to supply the new Mexican factories of premium brands such as Audi at San José Chiapa, Puebla, and Mercedes/Infiniti at Nissan’s Aguascalientes complex.

– Pirelli’s competitor, Michelin, will also open a new tyre plant to supply the upper end of the car and light truck market. The factory at León, Guanajuato, will start production in 2018, with an investment of $510m. This location was chosen as it is only a three-hour drive from 18 vehicle plants, facilitating just-in-time deliveries and reduced working capital and stock requirements. 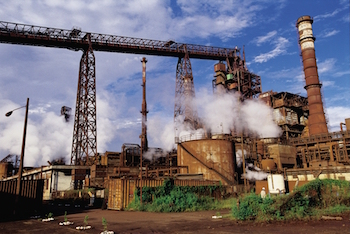 ArcelorMittal has established a new tube mill in Monterrey

– Steel and steel products supplier ArcelorMittal has built a new tube mill and installed additional equipment to make straight and formed tubes for seats and headrests. The mill came on stream in April 2016 at an existing facility in Monterrey, Nuevo León. This plant has been producing hydroformed tubes and driveshafts for vehicle-makers and major tier-one suppliers across the region. The company is also using its Mexican plant to supply customers in the southern US.

– ZKW, which has carved out a niche position in the headlight market among the German premium brands especially, opened its first Mexican plant in May 2016 at Silao, Guanajuato. This is a full manufacturing facility, including plastic injection, hard coating lines for plastic headlight diffusers, equipment for metalising reflectors, paint lines and labour-intensive assembly lines. The plant will employ 320 people by 2018 and be able to make 700,000 headlights a year by 2019.

– Edscha, now part of Gestamp, started construction of its first Mexican factory at San Luis Potosí in June 2016. The first products are due to come off the assembly line by the end of the year. The factory will makes Edscha’s entire range of hinges initially, followed by powered subsystems for the automatic opening and closing of rear lids and liftgates.

– Ficosa, one of the world’s leaders in mirrors, is expanding its existing facility at Salina Victoria, Nuevo León, to make 80,000 rear-view mirrors per annum in a five-year contract for a premium US brand, beginning in late 2018. The value of the contract is around $50m.

– Magneti Marelli, a key player in the global lighting market, has recently opened a light-emitting diode (LED) assembly line at its existing facility in Juarez, Chihuahua, in direct response to expected growth in LED fitment for front lighting systems to as much as 50% of new cars by 2020. LED assembly is a labour-intensive activity and the facility will initially employ around 120 people, rising to 400 by the end of 2017.

– Advics has recently opened a brake systems plant in Jalisco to supply Nissan, while other recent expansions by Japanese suppliers include Sekisui in foam production and Hakkai, a manufacturer of steering sensors.

A source of high-technology products...

– Bosch has recently confirmed a significant expansion in the NAFTA area, especially Mexico. Its sales grew 4% to over €860m in 2015, with employment there having risen by one-third since 2012 to over 13,000 personnel. Its investments fall under the banner of the ‘Year of Germany in Mexico’, which is expected to see several major developments by German companies in the country. Bosch is investing over €90m at existing plants in San Luis Potosí and Aguascalientes, as well as building a new steering-systems plant in Querétaro, which will be its 11th site in the country, with investment there to total €70m by 2019. Prior to this recent wave of investment, the company had expanded several other plants, in Juarez, Chihuahua; Toluca; and Hermosillo, Sonora. Significantly, Bosch is not simply investing in manufacturing in Mexico, having designated an R&D centre in Guadalajara, Jalisco, as its software engineering centre for the NAFTA region.

... but still attractive for labour-intensive work

– A good recent example of this is the launch of a new, $8m Magna plant in Coahuila in late 2015. This will employ 1,000 people in seat cover cut-and-sew operations by the time it is fully operational in 2017. It is Magna’s 28th manufacturing operation in Mexico.

– Plastic Omnium opened a new plant in mid-2016 at León, Guanajuato, to supply fuel tank systems to General Motors and Daimler, and will launch a new facility at San Luis Potosí in mid-2017 to supply bumpers to the same companies. These facilities are part of the company’s total investment in the NAFTA area of $650m.

– A new factory for SKF in Zapopan, close to existing facilities in Guadalajara, Jalisco, will supply sealing systems across the NAFTA region. Some of the work to take place in this new plant will be transferred from an existing facility in Oklahoma which is being closed; Mexico’s lower costs will have been a key factor in this decision. However, SKF is also realigning its facilities in Mexico and will shut its Puebla plant which makes Y-bearings for the US agricultural equipment market, with production shifting to other, larger facilities in the country.

– Superior Industries opened a new wheel factory in Mexico in 2015.

– Fagor Ederlan launched a low-pressure aluminium die-casting plant in San Luis Potosí, as part of a global network of sites with this technology, including facilities in Spain and China.

– Toyoda Gosei unveiled a new factory in Irapuato, Guanajuato, in April 2016 to produce a variety of parts for North American plants, including radiator grilles, console boxes and plastic fuel-filler pipes. 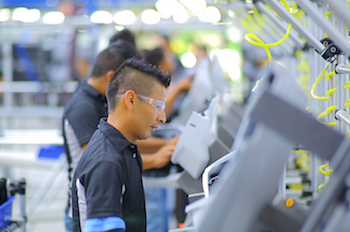 Magna unveiled a new exteriors plant in Queretaro this year

– Constellium launched a new facility to make aluminium structural components at San Luis Potosí, with production starting in 2018. This plant has been described as a complementary facility to the company’s new site in Georgia, which will come on stream in 2017.

– A $16m expansion of Magna’s mirror plant at Monterrey was announced in August 2015. The facility will grow by over 65% with the addition of a new, automated paint line, injection-moulding facilities and general assembly. The workforce will increase by 10% from the 2015 level of 620 personnel when the facility opens in Q3 2016. In 2016, Magna also opened a new plant in Querétaro which will make a variety of exterior plastic parts, mainly bumpers, and rocker panels.

– Airtemp de Mexico and Polimeros del Uretano have both won Volkswagen’s 2016 supplier awards; the former is a supplier of heat exchangers and air-conditioning components, while the latter makes seat foam, insulation, door seals and spare-tyre covers.