At Liberty to explore 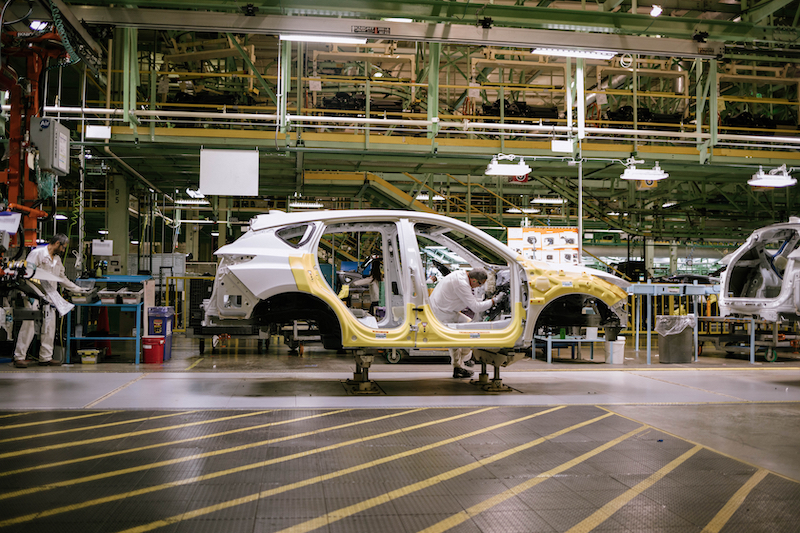 This year started with a bang for Honda in North America as it celebrated its 60th anniversary. The company was founded in 1959, and began operating its first plant in Marysville, Ohio in 1979. Ten years later, it opened its East Liberty plant just 20 minutes down the road.

“When we established operations here in 1989 we started out by making the Civic,” Scott Ruhl, North American Engineering Project Leader for the 2019 Acura RDX explains to AMS. “Since then, we have produced a number of different vehicles, and are considered what is termed a ‘flex plant’. This allows us to adjust pretty quickly according to market needs.”

Consumer demand for SUVs in the US continues to rise, and Honda has been taking advantage. According to the data website GoodCarBadCar, the Honda CR-V was among the three top-selling SUVs in the US during 2018, with 379,021 units sold.

But the company’s recent growth in the segment is mainly down to the introduction of the 2019 Acura RDX, which went into production at the East Liberty Auto plant in Ohio back in May 2018. Located around 45 minutes north west of Columbus, the factory is now home to production of the Acura RDX, the Acura MDX and the Honda CR-V – three of the larger vehicles in Honda’s extensive line-up. 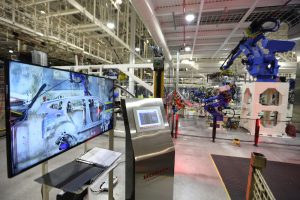 Control kiosk The 2019 Acura RDX in the control kiosk which provides digital ops standards, training materials, programmable logic controllers and robot teaching/training tools for each of the weld cells

Several changes have taken place at East Liberty over the years in order to make it suitable for the production of the SUVs. “We’ve had to increase the size of the plant for starters,” Ruhl recalls. “We’ve also expanded our weld operations, added a consolidation centre and grown our assembly area, all in the effort of being able to accommodate these larger vehicles.”

The Acura RDX, Acura MDX and Honda CR-V are similar in size, the largest being the MDX and the smallest the CR-V. As the latter is also produced at three other Honda plants in the US, the number of CR-Vs made at East Liberty can change in line with consumer demand.

The three models all run down the same line in the weld shop, which was expanded in 2016 to allow for the introduction of the current generation of all East Liberty products. But although they use the same lines, there are some differences in the way that the cars are built up.

“Each model uses some unique jigs and fixtures,” Ruhl affirms. “And also, the time it takes to add sub components might vary from model to model, which means we have to find a balance.” The primary manufacturing processes, however, are the same regardless of the model. “So for example, the main welding operations have the same cycle times, which makes things a bit easier,” Ruhl says.

The three models also run down the same line in the assembly area. They all have common mounting points for the carrier systems, but are fitted with various different components and trimmings. 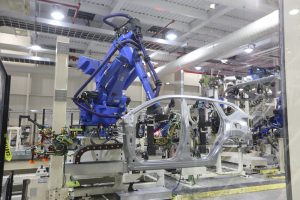 As well as expanding the weld shop, Honda invested in various new technologies for the production of the Acura RDX. A new multi-layer paint system, for example, was needed in order to achieve some of the colour options that are exclusive to the new SUV. This allows a small volume of cars to be sprayed in the ‘premium exterior colour options’ before another, more common colour is introduced without delay.

The investments and changes made to the plant for the Acura RDX were not unexpected. “Every full model change has challenges,” Ruhl suggests. “Despite the fact that the main manufacturing methods are the same, so many things are unique. Integrating all of it into the existing systems is difficult. We have to fit new jigs and programme the robots different, for example. There is a tremendous amount of work preparing the plant for the introduction of a new vehicle. And then you have items like introducing a brand new cell, like we did for RDX roof. We have to spend a lot of time understanding these systems and teaching our associates on how they work.”

The new cell that is used to construct the Acura RDX’s wide panoramic moonroof, which is one of the largest in its class, sits to one side in the weld shop. The Honda CR-V and Acura MDX roofs are made in a different cell.

Several robots in the Acura RDX roof cell are tasked with carrying out a roller hemming process – the first of its kind to be used in a mass-produced Acura model and the first time Honda has used it in a US facility. “The methodology to bring the outer skin and inner skin together for the RDX required new technology,” Ruhl explains. “We use roller hemming now, whereby the four robots make multiple passes to bend the steel down and create a hemmed edge.”

The purpose of this is to stiffen the exterior roof panel, allowing the large moonroof, which consists of two panes of 4mm tempered glass, to be put in place without compromising on strength, safety or overall body stiffness. The robots work quickly in order to stay within set cycle times and keep up with total output.

The cell was designed in-house by a special engineering group and the welding department. “We also worked with R&D in order to achieve the right balance as to what they envisioned and what we are physically able to manufacture,” Ruhl recalls. “Communication was so important. There was a constant back and forth to determine what they wanted to achieve in terms of design and what we are able to do from a manufacturing standpoint.” 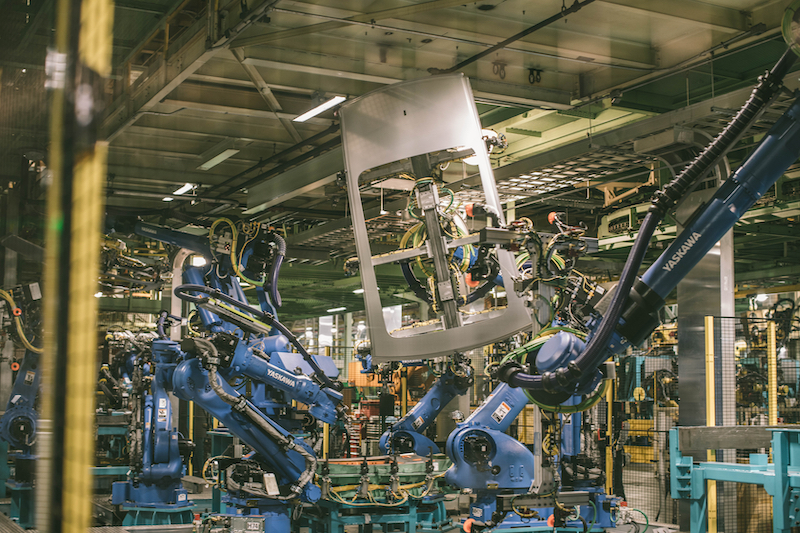 Construction of the Panoramic Roof for the Acura RDX

Once the roof is made it is taken to an enclosed booth and welded to the rest of the body structure, which was designed from the ground up in order made the new Acura RDX lighter and more rigid. It includes a double-ring rear structure and a two-piece (inner and outer) front door ring design that utilises ultra-high strength steel (UHSS). High-performance structural adhesives are also used – another first for the Acura range.

“Various different adhesives are applied in addition to spot welds in order to give the parts more rigidity,” Ruhl states. “It also allows us to eliminate the need for brackets, which saves weight.”

Furthermore, aluminium is used in certain areas to reduce weight, such as the hood as well as the front and rear bumper beams. The combination of both welding techniques and adhesives enables this multi-material design, and as a result, the new Acura RDX body structure is approximately 38.3% more rigid and 41lbs lighter than the previous generation.

Despite the weight reduction, Ruhl is eager to emphasise that safety has not been compromised but is in fact enhanced. Crash stroke technology helps minimise cabin intrusion in the event of a frontal collision by hinging the front vehicle frame in a manner that directs the engine down and rearward. 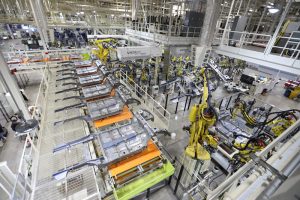 The body structure also employs Honda’s ‘Advanced Compatibility Engineering’, or ACE. It consists of a network of connected structural parts to evenly spread crash energy throughout the front of the vehicle, with the aim of minimising the impact on passengers. This has been made possible through the way in which the floor frame rails, side sills and A-pillars are connected with welds and adhesives.

Demand for SUVs in the US has been consistently growing for several years, and has justified many of the investments Honda has made in East Liberty. Looking ahead, Ruhl is keen to not get complacent.

“We know the market is evolving, so the general framework of the plant needs to have the adaptability to react,” he stated. “Major manufacturing methods will likely stay the same for many years, regardless of the vehicle, but we need to be ready for anything.”

One of the scenarios that could potentially change the shape of East Liberty is a large growth in demand for electrified vehicles, the exact impact on manufacturing facilities remains to be seen. But Ruhl is not worried.

“Right now the MDX has a hybrid version, so we already have some capability in that field today,” he affirmed. “As for the long-term prospects of huge growth in electrification, I’m sure we will study everything, and will do what it takes to prepare for more electrified vehicles.”