Better known as a niche process for parts with deep-drawn and complex geometries in high-strength aluminium, hot form quench is now being adapted for high volume production.

The benefits of using aluminium for the production of automotive components are numerous. Using the metal, parts can be made up to 50% lighter than if they were made from steel, and it demonstrates high strength and energy absorption characteristics. These properties are vital for the manufacture of internal combustion engine and electric vehicles, to increase fuel economy and reduce carbon dioxide emissions, and to counteract the use of heavy battery packs. Also, as demonstrated by the likes of Ford and Jaguar Land Rover, aluminium is highly recyclable.

However, the cost of aluminium remains an issue. It is some 2-4 times more expensive than steel, according to estimates. OEMs are prepared to absorb some of this extra expense for the benefits aluminium provides, and aluminium producers are working hard to develop stronger alloys, allowing carmakers to do more with less material. However, as the strength of the material increases, so its formability tends to decrease. Now, a number of companies and research institutes are developing innovative routes for the conversion of the metal into automotive parts that counteract these issues.

One such process is Hot Form Quench (HFQ), which has been designed to enable the production of parts with deep-drawn and complex geometries from high- and ultra-high-strength aluminium. These parts can be used to replace those made of steel or cold-formed aluminium grades. 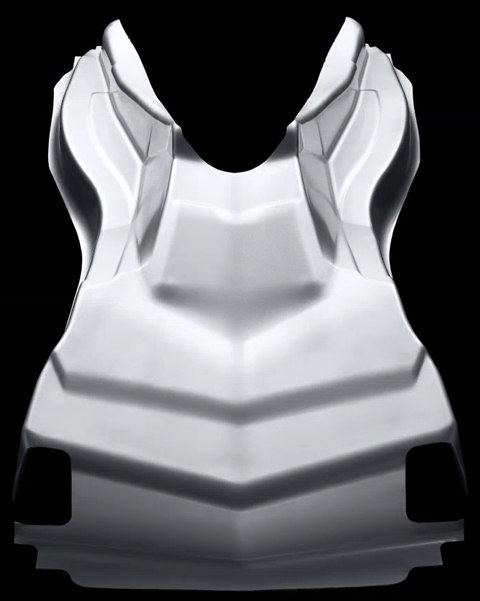 Originally conceived at the University of Birmingham, UK, in 2003, and further developed at Imperial College London, the process has been commercialised by Impression Technologies Ltd (ITL). It has already seen use in niche vehicles, but ITL is targeting high-volume applications.

In the first stage of the HFQ process, a standard, heat-treatable grade of aluminium sheet is placed in a furnace until it reaches its solutionising temperature of around 550°C (this will vary depending on the grade of aluminium alloy being used). The blank is then transferred from the furnace to a press, via an automated process, and formed between a cold punch and die tool.

The tools remain closed for less than five seconds, allowing the formed part to be quenched rapidly. John Sellors, director of Applications Engineering at ITL, explains: “For all aluminium grades, quenching freezes the microstructure of the alloy in a supersaturated solid solution state. During the forming process, there is, in effect, virtually no cold working of the aluminium alloy, eliminating the need for complicated springback compensation in the part or tool design.”

If required, heat-treatable aluminium alloys can be subsequently aged artificially to further increase the strength of the pressing. Sellors continues: “The thermo-mechanical processing cycle has been developed to ensure the final microstructure–mechanical property relationship enables the full strength of the alloy to be achieved, without compromising the part’s desired design elements.”

There are many benefits to the process, according to Sellors. HFQ allows for elongation levels of more than 100% at elevated temperatures, which is key in enabling the manufacture of deep drawn pressings – something that would be impossible via conventional cold forming. The process enables the formation of more complicated panels using a single draw tool and, as such, numerous parts can be integrated into one. Reducing part count has the knock-on effect of reducing the need to invest in press and assembly tools, and the expenditure associated with maintaining them. It also reduces the number of assembly operations required, and the quantity of materials needed.

Sellors says components produced using HFQ are 20% lighter than pressings manufactured using conventionally formed aluminium, owing to the functional integration it enables and the reduction in wall thickness it permits for structures where strength is a key factor.

Further still, HFQ is tolerant of alloys with high degrees of impurity, such as those produced using scrap recycled from end-of-life vehicles. 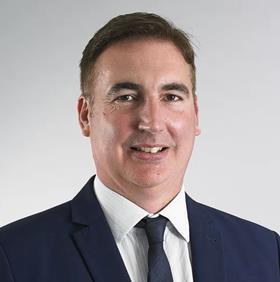 Marking its first use in a production vehicle, HFQ was employed to manufacture the A-pillar pressings found in the riveted and adhesive-bonded aluminium architecture of the Aston Martin DB11. Sellors says: “The key challenge here was the tight radii required to minimise the width of the A-pillar and maximise occupant vision, but even with this challenge, the component was able to be formed in a single HFQ draw operation. The pressing even included the front header connection, which is usually pressed separately.”

ITL currently produces 16 body-in-white (BIW) parts for four models from Aston Martin and Lotus. After a further nine parts enter production in early 2020, annual volumes of HFQ parts will reach around 100,000. The company is now working on a number of collaborative projects to validate the technology for the mass-production of complex aluminium structures for BIW and chassis applications. It is also looking to license the technology to others.

“Conventional steel and aluminium stamping lines can typically be upgraded to incorporate HFQ technology, making use of regular hydraulic and servo presses with the required capability,” says Sellors. “Adoption of HFQ is managed via technology transfer from ITL, which incorporates the know-how, methodology and manufacturing equipment requirements that form the core elements of the process. This includes design guidelines for components and a proven HFQ simulation module add-on to existing PAM-STAMP stamping simulation software [from ESI Group].” 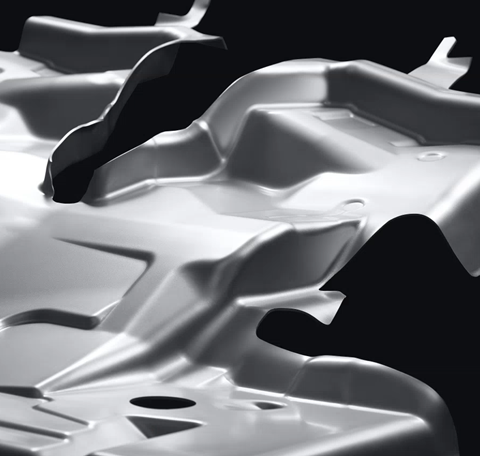 In the US, meanwhile, a single-step friction extrusion process for producing nanostructured rods and tubes directly from high-performance aluminium alloy powder is being developed by researchers from the Pacific Northwest National Laboratory (PNNL).

Using the novel solid-phase processing approach, the team has eliminated several steps that are usually required during the conventional extrusion-processing of aluminium alloy powders, while also achieving a significant increase in the ductility of the resulting components. Potential applications for these extrusions include drive shafts, bumper beams, crush cans, and A- and B-pillar assemblies.

Numerous automotive components in automotive engines and transmissions are made using powder metallurgy (PM) approaches, but these are pressed and sintered rather than extruded. However, the use of such approaches for the manufacture of structural extruded profiles is too high and cannot be justified against conventionally extruded aluminium components.

The lead researcher on the project, Scott Whalen, says: “Extruding components from powder precursors using conventional PM techniques is expensive due to the large number of process steps that are required.” These steps for can comprise some combination of cold compaction, hot isostatic pressing, canning, heat treatments for de-lubrication or sintering, de-gassing, de-canning and others after the powder has been fabricated. Whalen continues: “The cost of labour and energy associated with these PM process steps adds to up a component price that is out of reach for automotive applications where extruded profiles are needed.”

The ShAPE of things to come

Using the PNNL process, called ShAPE, many if not all of these process steps are eliminated, since powders can be consolidated and extruded in a single step. Using the process an aluminium alloy powder is poured into an open container. For their experiments, the PNNL researchers have used an Al-12.4TM aluminium alloy powder provided by SCM Metal Products Inc, a division of Kymera International. A rotating extrusion die is then forced into the powder, which generates heat at the interface between the powder and die. The material softens and extrudes easily, eliminating the need for canning, degassing, hot pressing, pre-heating and decanning. 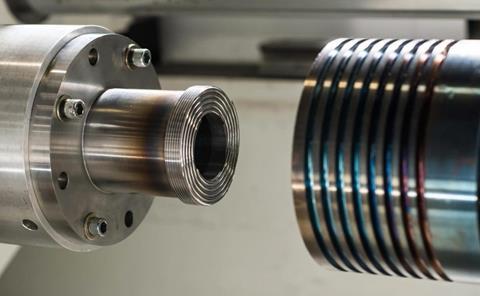 According to Whalen, this is the first documented instance of an aluminium alloy powder being consolidated into nanostructured extrusions using a single-step process such as ShAPE. He continues: “The elimination of both the processing steps and the need for pre-heating could dramatically reduce production time as well as lower the cost and overall embedded energy within the product, which could be beneficial for automotive manufacturers who want to make passenger vehicles more affordable, lighter and fuel-efficient for the consumer.”

ShAPE is still very much in the research and development phase. PNNL and SCM Metal Products Inc are now working on a project to scale up the process for larger diameter extrusions. Indeed, PNNL recently won a grant for $937,000 from the Washington State Department of Commerce to develop a next generation scaled-up ShAPE machine. This new machine will have the capability to extrude at diameters well beyond that of its original ShAPE machine.