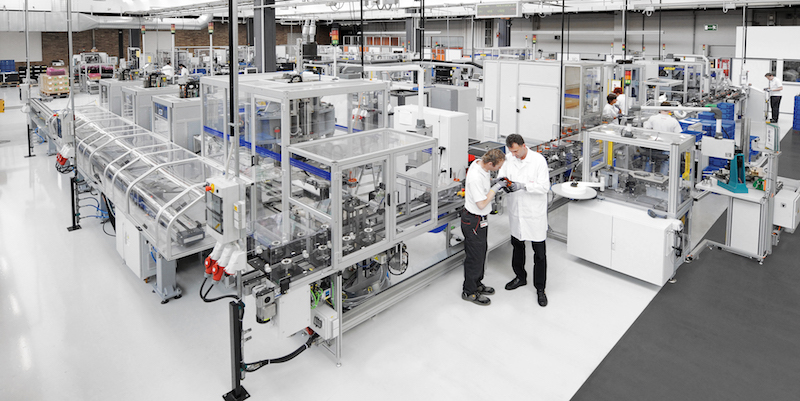 At 7:00am each working morning, Bernd Kaufer begins his day by consulting his smartphone. As general manager of Brose’s Würzburg plant, his first task is to check on the status of operations there. Thanks to an app on his phone that’s fed by live data from the servers at the plant, Kaufer knows the morning’s priorities before he’s climbed into his car to make the journey to the office.

Brose is the world’s fifth-largest family-owned automotive supplier. It specialises in mechatronic systems, electric motors and drives and supplies more than 80 automotive manufacturers and 40 tier suppliers from a network of 60 locations across 23 countries.

“I came to a conclusion: after 14 years of telling people how the job should be run, I should show them I can do it myself. I’m responsible for one of the biggest Brose plants in a high cost country, a demanding but fascinating task.”

During Kaufer’s time with Brose, he has seen enormous growth internationally and actively got involved with that global spread.

“When I started at Brose in 1990, our activities were still mainly focused on Coburg, the HQ. The first plant outside Coburg was in nearby Hallstadt, and then we set up international locations in Coventry [UK], Santa Margarida [Spain], and so on. I know most of them. When you talked about Brose then, you talked about just over 2,600 employees and around €370m turnover. This year we are planning with €6.4bn in sales generated by more than 25,000 people. Things have changed a bit,” Kaufer concedes.

Throughout that time, the industry has witnessed the spread of powered interior features – windows and seats – from the premium models across into higher volume mainstream ranges.

“Originally Brose started with premium cars – for example, from the seat side, electric seat adjustments for the Mercedes-Benz E-Class and S-Class. As we developed, it was easier to bring electro-mechanised products to other volume-produced cars. Then came our first manual seat adjuster for the A-Class.”

Brose made its first powered seat adjustors in 1976 but didn’t make its first manual adjustor until the mid-1990s. “We came from the high end version, to the basic version twenty years later. Our competitors came at it from the other direction,” Kaufer explains. “For us it was complicated to think cheaper, because a manual seat adjuster has to be produced more cheaply, especially for smaller models.” 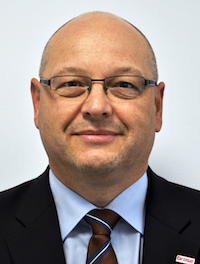 "In the past, the customer would give us a specification. Now, OEMs ask what we think will be the best solution. There has been a change in the mindset." - Bernd Kaufer, Brose

Besides day-to-day production, the plant takes a prime role in development matters, which then tie in with other group facilities around the world. Kaufer says: “As lead plant, Würzburg develops the first industrialisation for most brand new drives products. The first SOP is the responsibility of the lead plant – just as much as the knowledge transfer to our sister plants in Querétaro [Mexico] or Shanghai.”

Kaufer explains that there the company policy rule within Brose is that 25% of electronics should be manufactured in-house, “to create a closed loop of development, production, lessons learnt then back to develop the next better generation.”

That principle also lies behind Brose’s running its own press shops and plastic injection operations.

Electric futureKaufer says that, while Brose has enormous expertise and experience in the electric motor field, the company is not tempted to begin building powertrains for electric vehicles.

“We have to use our advantage. We decided early on that we don’t want to manufacture motors to drive cars. We want to continue to support other areas – steering, climate compressors, ABS and so on. This is our existing know-how, which we will expand in the future. It makes more sense.”

OEMs are looking to make more of that know-how, Kaufer says: “The job is changing. In the past, with a traditional product spectrum the customer would give us a specification and say, ‘I want this, make me an offer.’ Now, in the era of e-mobility, OEMs come to ask what we think would be the best solution. So there has been a change in the mindset and teamwork between OEMs and suppliers.”

Brose’s core product spectrum will feature just as largely in the age of e-mobility as it did in the the fossil fuel era, Kaufer says. “For Würzburg this means that we will stop manufacturing some products in order to have capacities to optimally industrialise new projects.”

Simultaneous engineeringKaufer explains some changes that were introduced at the last year in Würzburg. An office was installed into the production hall in order that the development engineers from the headquarter building could be housed in the same zone as the prototyping and testing departments.

“It’s simultaneous engineering. It means better and tighter communication. For example, if in prototyping there is a problem connecting two parts, colleagues can visit the development engineer and discuss it. It enables a faster response and a change in mindset.”

“At the moment we’re making some changes to the prototype shop. We now have a large 3D printer centre and a new injection-moulding machine purely for prototyping. Laser welding will be the next addition there. We want to create and plan very realistically toward serial production.”

Kaufer’s first priority is to make development cheaper, faster and more realistic. With 3D printing making the prototyping phase faster the period between the concept and the start of production is becoming shorter. Kaufer says: ”The problem for all suppliers is project timing. When I started, it was regular for project timing to be three years, from the customer order to the start of production. Now for example, we realised a seat project in just 14 months. With the combination of 3D printing, injection moulding, laser welding, riveting and others we are able to handle it faster. We can finish drawings according to 3D prototypes and order serial production tools sooner. That’s the storyline.”

Morning briefingsEvery morning at 9:00am, the managers of the plant meet in Kaufer’s office. The activities of the previous day and KPIs are discussed, as are any concerns, risks or problems. Helping to set the scene for that daily meeting is the data collected from the production lines and already seen by Kaufer on his phone at breakfast time and, in more detail, when he arrived at the office.

Despite the modern approach, Kaufer admits he is still in a transition from analogue to digital. In the corner of his office, a display board features a range of figures allowing him to see at a glance the many aspects of production performance.

“I’m from a generation that prefers looking at a written list rather than a digital one. If you’re writing down the figures, you automatically start thinking about the reasons, the problems, and comparisons to previous weeks and periods. For example, ‘what was the reason for the special transport, was it at our expense or was it requested and paid by a customer.’”

The switch to a digital approach is well underway. Kaufer combines his familiar manual records and charts for the morning briefing with data shown on a large monitor providing direct feedback from across the plant. Live information from around 150 production lines is fed into a central server, updated every 30 minutes.

“Every morning, I arrive at the office at 8am and my view [on screen] tells me if I have critical equipment or an unforeseen situation on the customer side. The combination of this information and the manual chart helps me lead the plant.”

The IT department at Würzburg itself is developing the new digital cockpit. From the equipment, directly from the server of the plant, Kaufer has his overview for critical equipment.

“These are my four production areas, three final assemblies, and one pre-assembly. The colour blue marks equipment with ongoing maintenance, for example. If I need more detail, I can step out of my office as the maintenance team is based in the adjacent office area. They also have a screen on which all current tasks are displayed.”

It’s a tidy arrangement for Kaufer: overview in the office, detail in the maintenance team. However, despite all the technology and data, he takes daily tours of the shop floor, and it seems that everybody there knows him. The plant operates for 22.5 hours per day and is one of the most automated plants in the Brose group. In a high cost country such as Germany, Kaufer notes, it’s the only possible approach.

Once further developed, the new cockpit will be rolled out: “I want to see that my organisation is working with exactly the same cockpit, the same information, the same figures. Maintenance is a little bit different as they need information on a more technical side. But for management – in plant, logistics, production and quality – the whole plant should have the same cockpit. This is my ‘science fiction’ for the next year to create.”

The ‘science fact’ will come once the cockpit is running perfectly and Kaufer will make the full transition from the manual to the digital.

The make or buy decision

When it comes to production equipment, Brose weighs up the advantages of using its own core competences against commissioning from outside the organisation. Bernd Kaufer, general manager of the Würzburg plant explains: “We work like an internal supplier. With new projects I have to go to the board of central purchasing to present my offer in the same way that external suppliers do. There is an official make or buy decision.” At the time of our interview, Kaufer said one of his managers from Würzburg’s pre-production area was presenting new projects at Bamberg in competition with potential external suppliers, from Europe and Asia. “If we make the best case on technological and economical aspects we will win the order. The same is true for electronic products and structures from the press shop.”

The board meets every week, centralised in Bamberg but considering projects from all regions. It’s a full day’s programme that starts in the morning with the Asia projects, later the European projects are presented and finally in the afternoon, North America. However, with so many specialist technologies available in-house, it makes sense for Brose develop its own rather than go outside where the know-how doesn’t offer any advantage. So 30% of production development investment stays in house. “For example, one new product – an electrical oil pump – it could be that we’ll have the first customer order at the end of 2017. So we decided, what will be the production concept, and which parts of that concept will we create ourselves, because we have ideas, we have know-how, that we want to protect to keep our customers returning.”