What does Brexit mean for the auto industry? 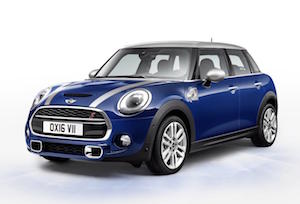 The immediate answer to this question is: who knows? The UK’s vote to leave the EU is unprecedented, so analysts and commentators trying to work out what might happen next (forecasting seems an inappropriate word at the moment) will have their work cut out, to put it mildly. The political situation in the UK has changed so much since the referendum on June 23 and is still evolving, with the recent appointment (rather than election) of the new prime minister, Teresa May.

The UK is Europe’s second-biggest car market, and until recently one where growth seemed never-ending. The number of car registrations in June suggest that a slowdown may well have begun, so it will be interesting to see what July, the first post-referendum month, will bring. A slowdown or decline in the UK new-car market will be bad news for several of Europe’s vehicle companies, especially the German ones. Last year, the UK accounted for 26% of BMW’s European sales (including Minis, but some of these were made outside the UK), while 18% of Daimler’s European sales originated in the UK.

Meanwhile, Ford – with UK purchases emanating from factories in Spain, Romania and Turkey, as well as Germany – saw 35% of its European sales transact in the UK. For PSA, the UK is its biggest European market outside France, accounting for 15% of its European sales, with the UK taking twice as many vehicles as PSA sells in Germany. Similar ratios apply to most car companies, and with several European car plants still yet to recover to anything like the utilisation rates they experienced before the recession, they cannot afford for UK sales to slide.

The importance of the UK as a sales destination for Europe’s vehicle output is one of the levers which the UK Government will have in its forthcoming negotiations, and it will need to use this to negotiate a deal which protects the UK’s vehicle manufacturing sector, which has grown strongly in recent years. Until the referendum result, it looked as though UK vehicle production would reach 2m units a year by the end of the decade. Now, unfortunately, this seems unlikely unless tariff-free exports are maintained following the Brexit negotiations – and moreover, that the vehicle companies in the UK continue to invest.

There may yet be some announcements in the near future regarding expansion in the UK automotive industry, but these will represent the culmination of investments which began a year or two ago. The real test for the UK as a long-term automotive manufacturing location will be when (or if) fresh investments by vehicle-makers and their suppliers are announced.