As the automotive industry embarks on a shift in transmission technology, manufacturers of these complex components must keep to a key quality standard to avoid safety-critical mistakes 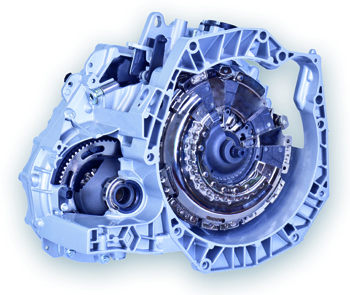 Automatic transmissions, especially when linked to hybrid or pure electrical powertrains, seem likely to become increasingly common in the automotive mass market – not least because of the contribution their efficiency can make to hitting CO2 reduction targets. Transmission systems manufacturer Getrag, for instance, expects sales of dual-clutch automatic transmissions to double between now and the end of the decade.

But according to Ulrich Knödel, Getrag’s senior manager global advanced engineering, this trend has implications for the development process for automatic transmission systems. “Complexity of development of automatic transmissions in general derives from many system functions, such as automatic clutching, shifting, parking and communication with the engine and the interaction of many subsystems, for instance mechanical hardware, hydraulics, electronics, sensors, signals and software, that are realising those system functions,” he states. “In such complex processes, mistakes can easily be made – but some of them are safety-critical and must be avoided.”

Getrag is headquartered in Untergruppenbach, Germany, but has approximately 13,400 employees at 23 locations worldwide – and had a turnover of €3 billion in 2012. The company claims the distinction of being the first automotive industry supplier to implement a standard from the International Standards Organisation (ISO) that has been developed specifically to regulate the development processes and define standards concerning the development of safety-relevant electric and electronic systems in vehicles. This is ISO 26262, to which Getrag was certified in October 2013 by accredited certification provider SGS-TÜV Saar.

Similar but more specific
According to Knödel, the standard is quite distinct from the more familiar ISO quality and environmental management standards, though it has some parallels. “There are similar aspects like having a good process for development,” he confirms. “But in contrast, ISO 26262 specifically relates to the requirements for ensuring the safety of products containing electric or electronic components (E/E systems) in the automotive industry, which are becoming increasingly common through the growth in applications such as shift-by-wire and steer-by-wire.” Therefore, he says, ISO 26262 is “more detailed in its requirements for systems, hardware and software development and testing than the quality standard”.

Adherence to the standard also necessitates a systematic approach for functional safety inside the company. Knödel says that this requirement covers overall safety management, for instance management support and training, but also a comprehensive development and testing process. The goal is to avoid “systematic failures”. In Getrag’s case, training is generally performed internally by the company’s functional safety team, though external resources are used for individuals with more specific safety management responsibilities in the product development process.

Arguably the key demand made by compliance with the standard relates to the way a company interacts with its suppliers. “In a distributed development, the standard requires a so-called developer interface agreement (DIA),” explains Knödel. “This leads to a detailed alignment between the parties concerned during both development and aftersales with respect to the requirements of the standard.”

Worth the effort
The business case for adherence to the standard is compelling. As Knödel explains: “By fulfilling the requirements, Getrag ensures the state-of-the-art for its E/E systems. Modern transmissions have an increasing share of E/E parts and a failure in software or electrical hardware could lead to a safety-critical situation, for instance the car driving in the wrong direction. Therefore, know-how in functional safety on the part of the supplier is gaining in importance for the OEM.” According to Knödel, Getrag’s increasing volumes in electronically controlled DCTs and their hybridised versions “would not have been possible without deep functional safety know-how”.

Whatever the effort involved, Knödel is adamant that compliance with the standard will increasingly be regarded as essential, and that where Getrag has led the way others are sure to follow. “It would be a big risk for any company not to develop accordingly,” he says. Knödel is confident that as the necessary procedures become embedded within a company their consistent application will become easier. “If you systematically take this effort and if you have a smart linkage between development processes and the functional safety, this effort can be dramatically reduced after the third or fourth new application,” he argues.

But at the same time, Knödel acknowledges that the effect of the standard may not be immediately apparent in specific product attributes. Instead, he says: “The impact lies more on the side of development processes, with the highest benefit deriving from the fact of every participating party knowing exactly what to do and when.” A crucial implication is greatly enhanced “common understanding of safety matters”. 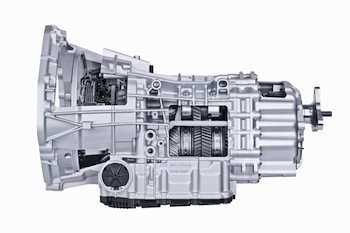 Getrag claims that several of its products have already been developed to the requirements of the standard. These include the company’s 7DCI700 and 6DCT250 products that went into use at BMW and Renault, in 2008 and 2010 respectively. This is also the case with the recently announced 7DCT300 front-wheel drive, seven-speed, transverse, dual-clutch transmission that is due for release to the market in late 2015.

Knödel explains that, though the standard itself was only formally promulgated in November 2011, Getrag had been working in compliance with its demands from as far back as 2007. The company was not directly involved in the development of the standard but maintained close contact with the convenor of the working group that was responsible for drawing it up.

What does seem certain is that ISO 26262 is here to stay and likely to become pervasive. When asked if there is a demand for compliance with the standard from the OEM community that ultimately determines all conventions lower down the supply chain, Knödel’s answer is as emphatic: “Yes, definitely”.