The unstoppable rise of premium 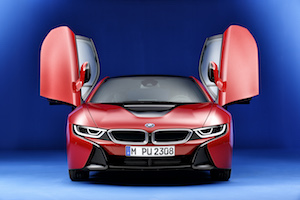 Despite the economic turmoil and uncertainty of recent years, premium vehicle manufacturing continues to grow; and for some of the premium manufacturers, the financial rewards are also growing strongly. For all the continued economic worries which prevail, the long-term plans of premium brands seem unaffected.

Daimler (which includes Mercedes) posted record sales in Q2 this year; volume sales were up 7%, group revenue adjusted for exchange rates grew 5%, while EBIT and net profit figures were company records. Mercedes volumes rose 9%, better than the group as a whole and revenue also rose 5%; however, profits were hit by a combination of provisions for a patent dispute, the costs of the Takata airbag recall and model changeover effects. These are regarded as short-term issues and Mercedes should benefit from wider market growth. Much of this will be in China, where demand is “likely to grow again significantly”, according to Mercedes in its Q2 results.

At BMW, continued growth in premium vehicle demand is also evident, although the company has recently said that it will focus on maintaining profitability rather than clinging on doggedly to maintaining market leadership in volume terms; here it appears willing to cede status to Mercedes. BMW’s Q2 figures saw a near 6% rise in sales across its brands (BMW, Mini and Rolls-Royce) and because of strong demand for its high-margin X-Series off-road vehicles, it reported an operating margin of 9.5%, up from 8.4% a year earlier. EBIT for the quarter had also risen almost 8% year-on-year.

BMW has also emphasised that its strong financial performance is helping it to adapt to the changing automotive environment. The OEM is well down the path to developing its electric vehicle (EV) range: the i3 and i8 are the first examples in what will be an entire brand of EVs. Mercedes is doing the same, while Audi (with a series of e-tron models coming in the next few years) and Porsche (with is Mission E vehicle and other electric models planned) will not miss out on this development. In the UK, Jaguar Land Rover (JLR) is known to be working on its own EVs, which will help to change its model profile over the medium term.

These companies are all also at the forefront of autonomous vehicle technology, since their generally higher profit margins enable them to fund this development more easily than their volume competitors – into whose markets they have also stolen a march in recent times. While they develop their electric and autonomous vehicle technology offering, all three German premium brands have expanded their production bases in conventional cars in North and South America and China in recent times. They have small operations in India and Russia too, and further investment there is likely as these markets grow and recover respectively. With its joint-venture plant in China and a new, wholly owned, small plant in Brazil, JLR is also part of the rise of the premium manufacturers.

The premium brands have yet to see their volumes get large enough that their special status begins to fade, and they will no doubt wish to avoid this. They will have noted how volume manufacturers’ margins and long-term financial performances have taken quite a hit in recent years, so a key element in their strategic planning from now on will involve matching further volume growth with financial success – a balancing act which the automotive industry has not always been able to maintain.