The tide is turning against diesel 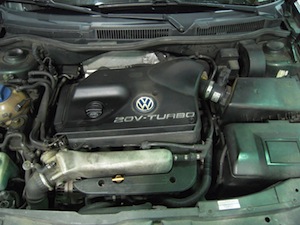 The Volkswagen emissions scandal is arguably the biggest and most serious issue the industry has faced for years – in fact, ever. Corporate responsibility? A sham. Sustainability? Ditto. Customer trust? Damaged beyond repair. VW might go bankrupt with all the fines and legal suits that are around the corner.

That, at least, is what the most dramatic commentators might suggest. They may be right, but political and other considerations mean that the company will survive, albeit heavily restructured in the long run. Customers may also have short memories. It will be interesting to see how many sales VW actually loses a year or two from now, even for its diesel versions. Leaving aside the technical and legal issues, what might all this might mean for the manufacturing side of the industry?

Diesel engine plants will become less busy, in the short term for sure. That said, a decline in diesel had begun anyway and there were rumours of some diesel factories being on short or reduced time earlier in 2015, well before the emissions scandal broke. The Parisian authorities have been considering banning diesel vehicles owing to air-quality problems for some time anyway, which is rather ironic given France’s heavy investment in diesel technology. Other cities were beginning to think the same way. It seems inevitable that the regulatory and in-use environment for diesel cars will change, sooner than later.

Currently around 50% of the European market – and this is already falling – it would not be surprising to see Europe heading to 30% diesel within five or six years, and further after that, especially if hybrid and indeed full electric vehicles are attractively priced. Diesel plants will see their utilisation fall, although those which have been designed to make both diesel and petrol engines, even on the same line, should cope as the market changes.

But business is on the slide for suppliers of diesel-specific components, and even if they have a parallel range of petrol-engine components made on a different line or at another plant, they may find it difficult to recoup any recent investment for diesel parts. They may have to forego making any return.

Meanwhile, I am sure Jaguar Land Rover is delighted that the VW news broke just as it was ramping up production of the new Ingenium diesel engines for the XE and F-PACE, the main vehicles it wants to use to make headway in the US market. Timing, as they say, is everything – especially when the tide is turning. JLR will no doubt be trying to bring the Ingenium petrol-engine line into use as quickly as possible.