High-strength, ductile steels could be processed on an industrial scale thanks to a new research project from WMG at the University of Warwick in the UK. AMS finds out what it means for the automotive industry 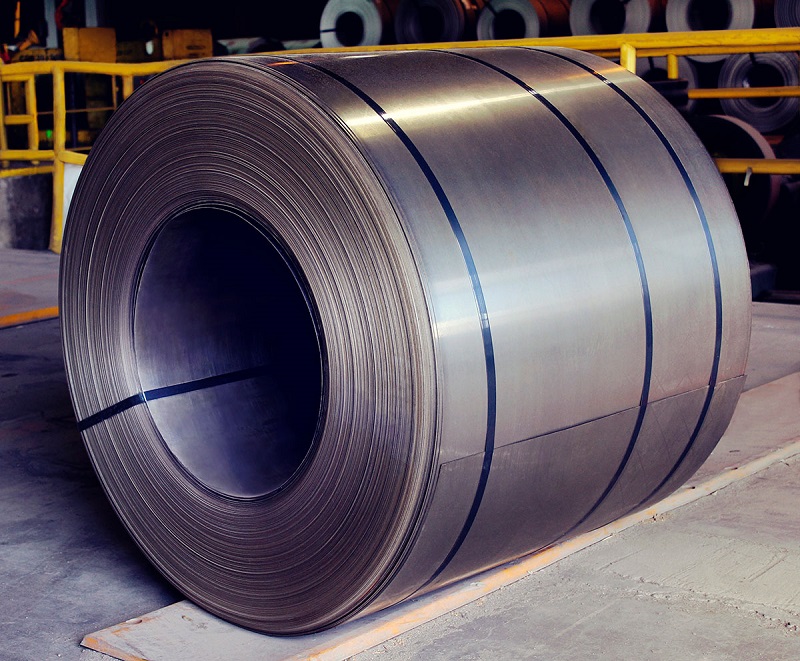 The team at WMG claim to have found a way of controlling undesired brittle stages induced in the metal during production. The lead researcher on the project, Alireza Rahnama, says: “The most important point of this research is that we showed how we can harness the strength of brittle phases – they are not easily shearable – and increase the overall ductility of lightweight steels. It provides fine directions for the design of new, lightweight steel.”

In recent years, OEMs have been turning increasingly to lightweight alternatives to steel such as aluminium and composites in order to reduce the weight of their vehicles. Of course, the steel industry is not taking this threat to its automotive supremacy lying down. It is investing heavily in the R&D of stronger and lighter advanced and ultra-high strength steels (AHSS and UHSS) so as to compete.

Generally speaking, AHSS is steel that demonstrates an ultimate tensile strength (UTS) of over 500MPa, while UHSS is a steel that possesses a UTS in excess of 980MPa. These materials are used primarily in the body-in-white (BIW) of a vehicle to produce components that must adsorb large amounts of energy in the event of a crash, such as the side, front-side and rear members. However, there is a tricky balance that steel makers must find. The stronger they make their metals, the less ductile they tend to become, which limits the methods that can be used to form them into parts. Rahnama says: “It is a never-ending research. We always look for new alloys with increasingly reduced weight that have higher strength and larger ductility.”

Multiple phase steelsThere are a wide variety of AHSS and UHSS grades, with each type displaying slightly different properties. Typically, they have a martensitic microstructure. Martensite is the hardest and strongest form of steel, but it is also the least formable. To rectify this issue, a mixture of formable and strong phases is required. The most commonly used AHSS today is first-generation dual-phase (DP) steel, which contains ferritic and martensitic phases for a balance of formability and strength. Currently, DP steels are available with tensile strengths of 590–1,400MPa, and are highly suitable for press forming. Complex-phase (CP) steels can usually be formed more easily than DP steels and contain an additional bainite phase.

“It is a never-ending research. We always look for new alloys with increasingly reduced weight that have higher strength and larger ductility”– Alireza Rahnama, WMG

Transformation-induced plasticity (TRIP) steels contain retained austenite in addition to ferrite and martensite. When these steels are deformed, the austenite transforms to martensite, which helps distribute the strain and increase elongation. These steels are more easily formed than CP and DP steels. Meanwhile, second-generation twinning-induced plasticity (TWIP) steels are 100% austenite at room temperature. However, high-alloy elements – greater than 15% manganese – cause the formation of twin boundaries when the steel is deformed. These twin boundaries strengthen the steel, enabling them to demonstrate more than 50% elongation at a strength of about 1,000MPa.

Rahnama says: “Mainly, TRIP and TWIP steels are currently used in automotive industry. The manufacturing of steel is much cheaper than aluminium and composites. On the other hand, aluminium alloys and composites have lower density, which in turn reduces the car weight, which in turn leads to increased fuel consumption efficiency and reduced carbon dioxide emissions. However, low density steels benefit from the low-cost manufacturing of steel as well as reduced weight. So, the cars made with this type of steel will be cheaper while lighter.”

Martensitic steels are – as their name implies – mostly martensitic with some small amounts of ferrite and bainite. These steels possess exceptionally high strength – 900 to 1,700MPa – but are difficult to form using any process other than roll forming.

Hot stamped for high-strengthOther UHSS grades can only be formed using hot stamping. Developed in the 1970s in Sweden, this was first used in the automotive industry by Saab Automobile AB in 1984. Using the process, a blank – usually made from boron steel – is heated in a furnace to its austenitisation temperature of around 900°C, formed in an internally cooled die set, and quenched under pressure at a minimum cooling rate of 27°C per second. This minimum cooling rate ensures the formation of a martensitic microstructure in the component, imparting high strength – which can be in excess of 1,500MPa.

This means that it is possible to construct components with thinner gauges of steel than would otherwise be possible. Furthermore, parts with complex geometries can be produced without the problem of spring-back, where a metal tends to revert to its original shape owing to its natural elastic recovery properties. The entire process, from heating the blank in the furnace to stamping in the die takes five to ten minutes, but furnace technology has enabled a production rate of one part every 20 seconds or so. The use of hot stamping has increased significantly over recent years, but the energy required to heat the die makes this process more expensive than the cold-forming variety.

Developing new processesRahnama has developed a new processing route that allows low-density, steel-based alloys to be produced with a high degree of strength, whilst remaining durable and flexible – a combination that has been largely impossible to achieve until now. He continues: “Most metallurgical mechanisms for increasing strength lead to ductility loss, an effect referred to as the strength-ductility trade-off. This [work] studies the kinetics and thermodynamics of microstructural evolution of lightweight steels through simulations and experiments, and proposes a mechanism to achieve higher strength and larger ductility – a method that can be readily adopted by industry.”

In his work, Rahnama looked at high-aluminium steels, also known as Triplex steels. Compared with TRIP and TWIP steels, these materials possess higher strength (which can be well in excess of 1,000MPa) and increased toughness. Furthermore, their density is lower – 6.5g.cm–3 compared with around 7.85g.cm–3. However, the high aluminium content of these materials leads to problems. Rahnama says: “The addition of aluminium leads to the formation of hard-but-brittle phases such as kappa-carbide (k-carbide) and B2 intermetallic compounds.” These make the steels hard, but limit their ductility, so they are difficult to form into parts.

Two lightweight steels have been tested by Rahnama and his team – Fe-15Mn-10Al-0.8C-5Ni and Fe-15Mn-10Al-0.8C – for their potential to achieve both high strength and ductility. Through simulation and then experimentation, the researchers have found that at certain high annealing temperatures, the brittle phases in these two steels can become much more controllable, allowing the steels to retain their ductility.

Research by WGM is helping to evolve the structure of steel

Rahnama says: “We developed this process through theoretical work and from mathematical modelling. The initial idea was only to understand the phase transformations occurring in low-density steels. The mathematical models provided us with precise directions and showed us how we can actually obtain better mechanical properties through modifying the microstructure of our lightweight steels.” Between 900°C and 1,200°C, the k-carbide phase can be removed from production, and the B2 intermetallic brittle phase can become manageable, forming in a disk-like, nanosize morphology, as opposed to a coarser product that forms at lower temperatures.

According to Rahnama, the process could be easy to implement by steel makers. He says: "We only need to anneal [the steels] at a specific temperature for a specific duration and cooling rate." But Rahnama’s process is some way from commercial readiness.

In the meantime, steel makers have been developing their own forms of high-strength, formable steel. Announced in 2014, ArcelorMittal’s Fortiform range of ductile AHSS, for example, has been developed specifically for cold stamping, and could reduce the weight of components now produced using dual-phase steels by up to 20%. Fortiform 1050 was the first product in this range to be available on the market, and the first serially produced vehicles to use it will roll off assembly lines this year. As a result of its high tensile strength, Fortiform 1050 steel is particularly suitable for the production of parts that must absorb energy in the event of impacts. Samples of two other grades, Fortiform 980 and Fortiform 1180, are currently available to manufacturers for testing.

Nanostructured steelMeanwhile, NanoSteel – a family of nanostructured ferrous alloys developed by a US company of the same name – demonstrates elongations of over 20% at ambient temperatures, which presents opportunities for cold forming that are impossible using current AHSS and UHSS grades. In conventional steel, the grains and matrix that comprise the structure of the material are measured in microns. NanoSteel’s alloys are nanostructured, meaning that they feature grain and matrix sizes smaller than 100nm. These nanoscale microstructures impart singular mechanical and physical properties. The NanoSteel alloys exploit two new mechanisms which allow the creation of nanostructures in high-temperature production environments and deliver unique properties upon deformation.

The first mechanism is called NanoPhase Refinement. While most nanomaterials experience grain growth when exposed to high temperatures, the NanoPhase Refinement mechanism refines the grains, maintaining these favourable properties. The second mechanism is Dynamic NanoPhase Strengthening, which occurs after yielding and provides both high strain hardening and usable ductility when the material is formed into automotive parts.