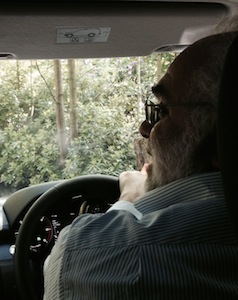 The Automotive News Europe Congress in Birmingham, UK, this month brought together top-level industry executives to discuss manufacturing strategy in the region, and indeed other parts of the world. New Aston CEO, Andy Palmer, intimated strongly that the DBX crossover, which will draw heavily on Mercedes technology, might be made at a new plant in the US – the company’s home at Gaydon, UK, being full. Hakan Samuelson, Volvo’s chief, explained the importance of its own new US plant in transforming the OEM into a global player, capable of making up to 1m cars a year. And Citroen, now led by Linda Jackson, told us that not only would there be an entirely new look for Citroen cars – or rather, the crossovers which will be the brand’s focus going forward – but there would be no more plant closures at PSA.

As the conference closed, JLR boss Ralf Speth fended off questions about where his company will build a new plant to make all the models it plans to launch. The US, the UK and elsewhere in Europe are all contenders; given JLR’s ambitions and strongly rising sales, nothing should surprise us.

All of this talk ran somewhat counter to the views of many in the world of finance, such as Arndt Ellinghorst, who runs the UK operations of Evercore. The market analyst called for more plant closures in Europe as a way for the industry to get on the path to fiscal rectitude. However, the car companies don’t seem to be heeding this call, even Fiat, whose CEO has also called for more consolidation and technology sharing in the industry – though no one has rushed to join Sergio Marchionne's cause.

In fact, the reverse appears to be happening: Ford (Spain and Turkey), GM (UK, Poland, Spain and Germany) and PSA (Spain) have continued to invest and expand. Indeed, Ford’s Spanish plant is now its largest outside North America following investment to build the new Mondeo, S-Max and Galaxy. Opel, too, is expanding its large car plant in Germany.

Overcapacity has been talked of so long in Europe but the prescribed medicine is not being swallowed. Yes, a few plants have closed, but these (Opel Bochum, PSA Aulnay and Ford Genk) were among the oldest and most run-down, with the costs and practicalities of renewing them uneconomical. Furthermore, the vehicles which the car companies made there have not been dropped, just moved elsewhere. So, while some excess capacity has indeed been cut, the vehicle companies’ presence in these sectors has not.

Cutting capacity may be a good idea in theory, but in practice, if it means a car company exiting a key segment and losing market coverage, it will simply invest in capacity elsewhere. Perhaps we need to recognise that, in a competitive world, some excess capacity will always exist and what really matters is that the OEMs build cars which people want to buy. You don’t hear much about excess capacity at JLR, Audi, Mercedes or BMW!