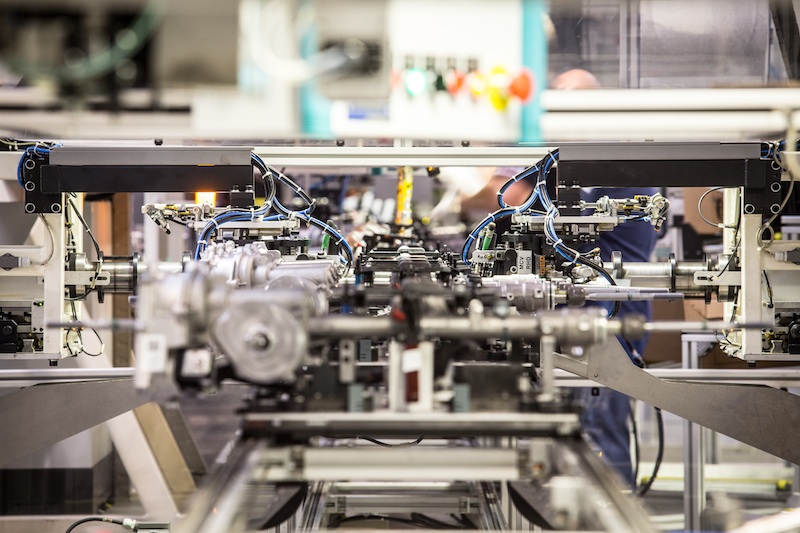 According to Paul Poirel, chief product engineer Europe at Nexteer, the technology that electronic power steering (EPS) systems feature has implications not just for their own manufacture but also for the assembly operations carried out at OEM plants. He points out that EPS exists in three basic formats depending on where the essential hardware is located. These are:

• Column assist, where the EPS functionality is located high up the steering column, just behind the dashboard and within the passenger compartment

• Pinion assist, where the hardware is positioned on the steering-gear pinion shaft, an arrangement that can offer OEMs enhanced packaging flexibility

• Rack assist, where the location is even lower down to enable the handling of higher front-axle loads.

Poirel explains that, in terms of output capability, column and pinion systems are more or less equivalent. Another difference between these and a rack system, he notes, is that the column and pinion systems involve a metal-to-plastic contact for transmitting the essential guidance from the steering wheel to the system, whereas in the rack system it is metal-to-metal contact. This tends to mean that a rack system is most appropriate in more powerful, heavier, higher-end vehicle applications such as upmarket SUVs.

Meeting specific demandsAs for Nexteer's own product development operations, what the company regards as core engineering – that which “defines the building blocks”, in Poirel's words – takes place in the US, while applications engineering in which those ‘blocks’ are combined to meet the specifications of a particular OEM, is more widely distributed.

The company's products, Poirel emphasises, are specific to the demands of an individual OEM – or at least they are in mature markets such as Europe and the US. Elsewhere – China, for example – some OEMs may look to fit an existing product to a new vehicle. “They do sometimes ask, 'Have you got a product for us?',” he says.

In the majority of the company's markets, Poirel confirms that customisation takes place at the level of vehicle models. Indeed, the relative ease with which it is possible to customise the company's products to meet specific OEM requirements is one of their key attributes.

Generating assembly benefits for OEMs This is where the assembly implications for the OEMs start to kick in, Poirel explains. For a start, the vehicle manufacturers have the opportunity to standardise elements of the steering systems across different models. Electrical and mechanical interfaces are the two examples he cites. However, he cautions that it is “impossible to configure a single system that will fit any vehicle".

There are further benefits when it comes to the fitting of EPS systems into vehicle assemblies. Irrespective of the particular product configuration, there will be “just a few mounting points with fasteners”, says Poirel. In addition, only one electrical connection is required for the power to drive the system, and one for communications, though it is sometimes possible to combine the two. 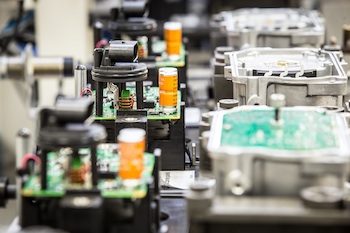 Nexteer Tychy has to ensure the functionality of each control unit. Manual assembly is followed by highly automated test routines.

The benefits are brought into sharp relief by the comparison between these assembly procedures and those required by hydraulic steering systems. According to Poirel, the latter can often mean draining fluid that has previously been used to flood the hydraulic system and then refilling it – a set of operations that can require a sequence of several stations. A purely hydraulic system will require the installation of additional components such as pumps, drive pulleys, mounting brackets and so on.

Nexteer's own assembly operations at Tychy involve a mix of mainly manual assembly procedures with an emphasis on highly automated test routines. Ensuring the functionality of the electronic systems is fundamental to the capability of the complete system. As Poirel says, Nexteer has to ensure that each control unit is proven “before we tighten the screws on the cover".

For example, all soldered joints on printed circuit boards are subjected to an automated visual test routine in an in-line 'dark chamber'. In addition, the company has a number of specially trained staff who are certified competent to carry out visual inspections of such joints and, if necessary, to overrule the automated system. Their skills are particularly vital, Poirel adds, at the final stage where the control unit is mated with its associated sensors.

At a more strategic level, the company tries to ensure that both shopfloor equipment and procedures are as similar as possible across all its plants worldwide. Quality metrics are then gathered and subjected to a global comparative analysis on a monthly basis.

Taking a flexible approachSo how are Nexteer's manufacturing operations likely to develop from here? That is one of the issues that concern Guilherme Pizzato, regional director, Europe, and director for global supply management. Pizzato says that a starting point is recognising just what is the company's core competency, namely “our ability to develop our own electronic architectures". Nexteer has extensive software and hardware capabilities, he says, and the combination is vital to ensure that it has the flexibility to meet changing customer demands.

Most of this work is carried out in the US, he confirms, but it can be devolved regionally if necessary. That is the case for the column EPS system, with a brush rather than brushless motor, which the company has developed for the Chinese market. Pizzato explains that the brush format is less sophisticated but also less expensive than its brushless counterpart, and has been developed specifically to meet a market requirement. “It meets a demand and is acceptable to the customer,” he observes.

Pizzato concedes that, in the automotive industry, EPS systems are still a relatively new type of product, but although Nexteer only began to make them 16 years ago, it already regards itself as being on its fourth generation. He says the company's production procedures will retain one of its most important features: the high level of inspection.

However, Pizzato does not believe there is anything intrinsic to the manufacturing of EPS systems that requires intensive inspection. As with any other manufacturing operation, the company does not want to pass faults up the line, and in common with general industry practice, inspection levels will tend to be more extensive for newer products with a gradual reduction as procedures become more established. The operations at Tychy currently include the production of a latest-generation product for a premium segment German carmaker and so involve more inspection than might otherwise be the case.

Training and developing staffNexteer strives for continuous improvement to achieve lean manufacturing procedures and allows a number of selected employees to receive tuition, training and general experience elsewhere. In addition to onsite activities, two or three personnel at a time are eleased for a 12-month period to undergo further development at company facilities in the US. Pizzato says these individuals have been identified as “high-potential” and are typically senior engineers or “supervisors with ambitions to take up management positions.”

Nexteer is looking to “integrate some of our particularly key suppliers more closely into our development processes", according to Guilherme Pizzato

While there is “always room for further improvement”, says Pizzaro, he is generally satisfied with the company's lean manufacturing efficiency: “I think we are doing very well". Indeed, recent OEM acknowledgements include a 2014 GM Europe SQ Excellence Award for Gliwice and a 2015 PSA Best Plant Award for Tychy.

Integrating suppliersAs a tier-one supplier, Nexteer is obviously a focal point for its own logistical chain of tier-two companies. Pizzato says that, in general, the company plans supply activities at a global level, though there are separate teams for operations in Europe, North America and China. This means there is a tendency for the same suppliers to be used at different sites across the world but some purely local suppliers are used on a plant-by-plant basis. The ideal situation would be a facility operated by a global tier-two company which is relatively local to Nexteer's operation. Around 150 component suppliers serve the Tychy plant.

For the future, Pizzato adds, Nexteer is looking to “integrate some of our particularly key suppliers more closely into our development processes". He mentions electronic components, electric motors and castings as principle targets. That is, he explains, very much what the company's own customers are doing with Nexteer, so the objective is really to pass the benefits of such close cooperation further down the logistical chain.

The main advantage, Pizzato observes, would be having more time to develop optimal solutions. He says this would be particularly beneficial because EPS systems are likely to continue being developed for specific vehicles rather than becoming standardised products. 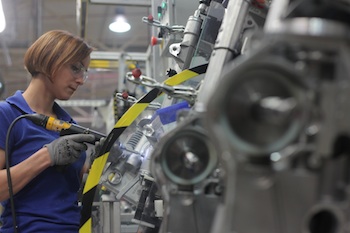 EPS has made such rapid progress that it is predicted to feature in the majority cars, pick-ups and LCVs by 2020

Anticipating rapid market growthThe attractiveness of EPS systems to OEMs is reflected in the rapid advance of EPS into the mainstream market; it is expected to take a 90% share of the European car, pick-up and light-commercial vehicle (LCV) markets in the next five years. As for those areas where EPS has yet to make in-roads, Poirel indicates that there is probably a 'performance extreme' for very large vehicles where the technology is unlikely to make much impression in the near future.

He also says EPS has probably not yet made as great an impact as it might have in the LCV field because the long lifespan of such vehicles means there are still a large number on the roads which pre-date the widespread adoption of the technology. However, Poirel expects the situation to change quite markedly before the decade is over.

EPS systems themselves will continue to develop and he highlights increased energy efficiency – drawing less power from the vehicle's battery to achieve equal or even enhanced performance – as a major target for Nexteer.

Since 1999, the company has made 30m electric power steering systems and now employs 11,000 people worldwide at its production sites in Europe, the US, China, Mexico and Brazil. The company has two factories in south-west Poland at Tychy and Gliwice, employing around 850 and 350 personnel respectively. The plants have received €80m ($87.8m) investment since 2010.