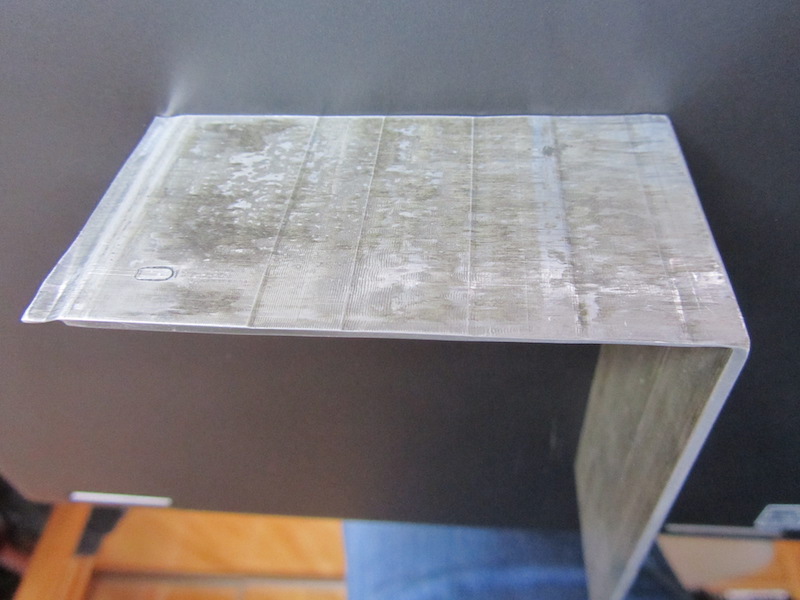 The use of tailored blanks is now well established in automotive manufacturing. The most obvious benefit gained from this process is weight-saving, for example to produce extra strength in particular areas of the workpiece by increasing material thickness only in those areas.

Up to now, a number of methodologies have been employed to achieve these objectives. The most common involve the use of welding in one of two ways. The first is to achieve extra thickness in a particular location by attaching a supplementary piece of the material to one face of the area involved. The second is to weld together edge-to-edge lengths of different materials of equal thickness to achieve blanks of uniform appearance but varying properties in different areas. Either way, the result is to produce tailored welded blanks (TWBs).

An alternative approach has been to create blanks of single material composition but of varying thicknesses – and hence localised properties – by means of a rolling process in which the gap between the rollers widens or narrows as the workpiece passes through them. Again the name says it all – tailored rolled blanks (TRBs).

Unfortunately, both of these approaches have their drawbacks. Welding different pieces of material together produces discontinuities in the workpiece, while the rolling process can produce an overly long thickness transition zone.

One completely different approach has been to use targeted heat treatment to produce localised variations in material properties. Superficially, at least, this seems very promising since it can theoretically achieve the desired optimal set of goals for uniform material thickness, localised property variation and homogeneous composition. However, in practice the procedure has proven difficult to control in a consistent manner; heating a metal has an inherent tendency to cause a generalised rather than localised increase in temperature.

Exploring a new type of tailored blankSo is there any other way to achieve that set of ideal objectives? Well, not quite yet, but if research currently being carried out at the University of Strathclyde in Glasgow, UK, fulfils its promise then the prospect may become a reality in the not-too-distant future.

The research in question is led by Dr Andrzej Rosochowski of the Department of Design, Manufacture and Engineering Management, and it is exploring the potential of a process known as Incremental Equal Channel Angular Pressing (I-ECAP) to produce a new type of tailored blank that he calls a tailored sheared blank (TSB).

Rosochowski describes I-ECAP as a “severe plastic deformation process” that can produce long bars, plates and sheets of metal with an appropriately refined internal structure and increased strength that nevertheless retain adequate ductility. So far, the process has been shown to be effective as a means of creating sheets of variable thickness in five different metals: aluminium, magnesium, copper, iron and titanium. But he is also confident that it could be used to create tailored blanks of equal thickness yet varying hardness and strength, in a way that would combine practicability and consistency.

Creating an ultra-fine grained structureBasic ECAP, explains Rosochowski, is now a well-established manufacturing procedure. It involves using a punch to push a square or cylindrical billet of metal through an input channel of constant profile and then through an angle of 90° before it is passed through an output channel of the same profile. Plastic deformation of the material is caused by simple shear in a thin layer along the diagonal plane at the channel crossing. The objective is to create within the metal an ultra-fine grained structure in which a previously coarse internal grain size is altered so that all grains become less than one micrometre in breadth.

In order to achieve this, the process is generally repeated several times with the billet being rotated about its axis between passes so that the alteration in material properties is distributed evenly. Overall, it offers the advantage of being fairly straightforward in both its equipment demands and the procedure itself, but has the drawback that, with short billets at least, it is rather wasteful of material because the ends of the workpiece will be underformed. It is also, Rosochowski notes, impractical to employ the process for workpieces of great length. In the case of bars, for instance, he says that the effective limit is reached when the ratio of the length to the breadth exceeds 6:1.

Evolving the ECAP processIn contrast, I-ECAP is much newer. It dates back only a decade and the European and US patents were registered as recently as 2012 and 2014 respectively. Both were registered in Rosochowski’s name, though he is keen to stress that he has worked closely with Professor Lech Olejnik of the Warsaw University of Technology back in his native Poland. As with conventional ECAP, the process also involves pushing billets through inlet and outlet channels with an intervening 90° turn. The difference derives from two particular aspects of the process.

The first is that the material is moved through the process in a series of steps rather than in a single, uninterrupted action – hence the description of it as ‘incremental’. In addition to the application of the force against the trailing end of the billet which moves it through the process, the second key difference is that I-ECAP involves a further punching action against the surface of the billet right at the point where it is turned through the 90° angle on each of the occasions when the billet is halted. It is this further percussive action which provides the whole process with not only its qualitative performance but also its flexibility.

The force involved in this action is considerable. In the case of titanium, for instance, it is about 30 tonnes of force in a cycle lasting two seconds, though Rosochowski says that for applications involving thin sheet materials further development work might facilitate the use of lower forces at higher frequencies.

As Rosochowski explains, repeated use of the process on a single workpiece ultimately enables the internal structure of the “the whole volume” involved to be altered if necessary, but it should allow the production of blanks of both equal and varying thickness. Since the main mode of deformation of the workpiece is simple shear, this is also the origin of the term tailored sheared blanks.

Rosochowski says he first began to explore the idea around a decade-and-a-half ago, as an extension of his initial work in the area of metal forming. He says he became interested in the potential of “improving the properties of metal by refining its grain structure”. All sorts of interesting possibilities in terms of the material’s physical properties become possible, he notes, once the grain size can be reduced to a sub-micrometre level.The linkage between the two areas, he adds, is extremely close because the change in properties is produced by a metal-forming process that aims to strain the metal without damaging it. Before treatment, most metals have an internal grain size in the range of 20-300 microns.

Keeping thickness constantWithin the last five years, Rosochowski began to realise that the I-ECAP approach offered not only the ability to alter the grain structure of a material and hence its properties, but also its thickness. Nevertheless, the really exciting prospect that the process held out was of producing tailored blanks in which the properties varied while thickness stayed constant.

In part, he says, this is because workpieces of uniform thickness are inherently easier to process in a manufacturing environment. However, that capability would also help to maximise the efficiency of material usage, since the blanks could be as thin as possible while still providing the required degree of strength in key areas. The increase in the initial strength of the material which can be achieved is considerable. In the most extreme case – that of copper – Rosochowski says laboratory work has shown that an increase of as much as 300% is possible.

So far, work has only been carried out at laboratory scale, but Rosochowski says it is now time for him to explore the options for the application of this technique in industry. “I am looking for partners and funding from industry,” he confirms. He is confident that the basic methodology has been proven at least for the production of tailored blanks of varying thickness, but concedes that its development as a means of producing blanks of varying properties yet equal thickness is not as far advanced. Either way, automotive manufacturing is a key target area for the future development and application of the technique on an industrial scale.