Reflections on the Paris Motor Show 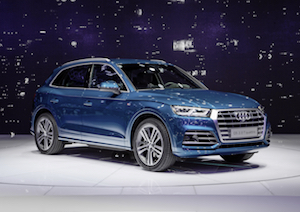 This year’s show was notable for a number of intriguing launches, corporate reinventions and absences – no Mazda, no Volvo, no Bentley, no Lamborghini and, most interestingly, no Ford. Mazda stated that the strength of PSA and Renault in France made it difficult for it to have much of an impact at the show. On this basis, the power of the German brands will presumably lead it to pull out of Frankfurt next year.

However, what may be true for Mazda surely does not apply to Ford, which has a much stronger presence in France – or does Ford’s absence signal severe belt tightening, or a recognition that there are other ways of launching new models? It may reflect an acceptance that conventional motor shows have limited value, especially when – as with Ford just now – a company has nothing really new to show.

As regards those vehicle companies which were present – the vast majority of major players – two things about their offerings stood out: yet more SUVs and crossovers, plus further evidence that electric vehicles (EVs) are gaining a permanent foothold in the European market.

SUV highlights included the new Audi Q5 (to be made in Mexico, not Germany), the Skoda Kodiaq SUV (which has a certain boxy charm) and the radically different, lower-slung Land Rover Discovery. Launched in a rather fetching orange, this model moves from a steel chassis to the aluminium monocoque that underpins the Range Rover and Range Rover Sport.

The new Discovery is the flagship model for the Discovery family of vehicles, one of three that Land Rover wants to develop. The others are Range Rover, which has three models in the family with a fourth due to be launched soon, and Defender, currently lacking any family members while it waits for the first new Defender to appear in Slovakia in 2018/2019. A word also on the BMW X2: this will be positioned against the Range Rover Evoque and will likely prove a tough competitor for the British brand.

In terms of EV offerings, Mercedes showed its vision for a new range of purpose-built models. Unlike BMW and its 'i' models, Mercedes does not plan to launch a new sub-brand of EVs. Its first new EV will be based on the GLC crossover and another six electric powertrain vehicles will be launched between 2018 and 2024. Great interest also surrounded Volkswagen at the show; a new company is slowly emerging from the mess of the diesel scandal and a key part of it will centre on purpose-built EVs, the first of which – displayed in Paris – was a Golf-sized hatchback. While the electric and non-electric vehicles will have some common, hidden parts, the former will have a unique design philosophy to differentiate them from the latter.

In many ways it was the emphasis on EVs by Mercedes and VW which made Paris stand out from other shows: they will no longer be either oddities (like the Renault Zoe) or afterthoughts (such as earlier electric versions of the Golf) but purpose-built, commonplace and core to vehicle companies’ strategies. EVs are here to stay, and Paris showed that more carmakers have recognised this market shift and are reallocating resources to exploit it.