Turkey is on Europe’s geographic fringes, but central to its automotive manufacturing network. Ian Henry reports 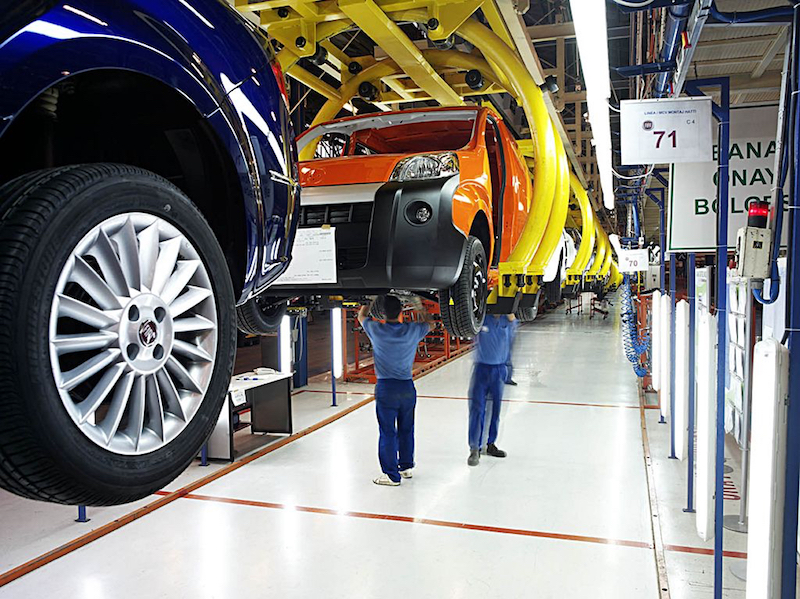 According to the Turkish automotive trade association, OSD, at the end of 2017, Turkey’s automotive manufacturers had a total production capacity of close to 2m vehicles a year, divided c1.4m cars, c400,000 vans and around 200,000 buses, trucks and tractors. Five international manufacturers dominate the industry in the country, mostly by way of joint ventures (JVs), namely: Fiat-Tofas (38% owned by each of Fiat and Koc Holding, with the remaining 24% quoted on the Istanbul and Luxembourg stock markets), Ford-Otosan (41% each held by Ford and Koc, with 18% of shares quoted on the Istanbul stock exchange), Hyundai-Assan (70% owned by Hyundai), Oyak-Renault (51% Renault owned), and Toyota which operates alone (although Mitsui owns 10% of the shares in Toyota’s Turkish factory). In addition, Honda has a small wholly-owned facility which operates as a satellite operation of the UK factory, while Turkish-owned companies produce Hyundai and Isuzu commercial vehicles under licence.

Production volumes have grown steadily in recent years, from just over 1.1m in 2012 to almost 1.75m units in 2017. Most Turkish vehicle output is for export, primarily for the EU with which Turkey has a Customs Union; this means that Turkish-made vehicles can be sold in the EU without import duty of 10% (the Common External Tariff) being applied. In addition, some Turkish-made vehicles go farther afield, such as a version of the Fiat Egea/Tipo which is sold in the Mexico as the Dodge Neon, and the Toyota C-HR which is also exported to North America and parts of Asia. Almost 1.35m vehicles were exported in 2017, with the OSD valuing these exports at around US$29 billion.

Initial figures for 2018 suggest that this year should see further growth, with the value of exports in January-February showing a rise from US$2.25 billion to nearly $2.85 billion. Interestingly, this was despite a fall in car export volumes, while truck and van export volumes rose: the inference is that passenger vehicle exports in 2018 so far, have been of a higher individual value than in the past. Much of this will be attributable to the increased volumes of the Toyota C-HR. Turkey’s vehicle plants export to over 150 countries worldwide, with the EU presenting c53% of volumes; meanwhile exports to Africa have risen nearly 17% and those to the Russian Federation rose by nearly 21% in the year to February 2018.

The importance of the automotive sector to the Turkish economy is, moreover, evident in its representing 22% of all Turkish exports so far this year; and it is also clear from the government’s attempts at creating a national car brand. Recent statements from the Turkish government make it clear that it regards having a national car brand, rather than an industry largely dependent on foreign capital and technology, as essential for Turkey’s future economic growth and position in the global economy.

This JV operation between Fiat Chrysler and Turkey’s Koc Holding has a factory in Bursa with a capacity of 450,000 vehicles a year, divided almost equally between small vans (primarily the Doblo) and cars. As well as producing vehicles for Fiat, a version of the Fiat Egea for Dodge Mexico and of the Doblo van as a Ram model for the US market (a contract which will run until at least 2021), the Bursa operation is one of the key R&D units within Fiat Europe. The Tofas R&D facility opened in 1994 and has full vehicle development capability. Tofas also has finance raising capacity of its own, largely independently of the Fiat Chrysler group. For example, it recently obtained a Ä200m (US$239.55) loan from the EBRD (European Bank for Reconstruction and Development) for developing saloon and hatchback variants of the Egea/Tipo. In total, close to Ä700m has been invested in the development and manufacturing systems for the Egea since 2013.

Tofas’ Recent growth in production has been driven by the Egea compact car which contributed to exports of 271,000 vehicles (out of 384,000 produced), worth US$3.25 billion in revenue terms. Around 40% of the plant’s output goes to Italy, with France, Germany, Spain and the UK each taking between 6 and 8% of production. The factory in Bursa is moreover said to be one of, if not the, most productive plants in the Fiat Chrysler group. According to its CEO Cengiz Eroldu, the plant was ranked 14 in 2014 when it had a capacity utilisation ratio of around 50%; its ranking rose to 8th in 2015 and the plant was ranked no. 1 in 2016, producing over 1,500 vehicles a day.

Ford now makes all Transits in Turkey for all world markets, except the US, having closed its UK and Belgian Transit-making factories some years back. It has two assembly facilities in the Kocaeli region: the largest is called Gölcük and produces around 300,000 units of the Transit per year, and the other is called Yeniköy. Situated across a river from Gölcük, it houses production of the smaller Transit Courier van as well as the Transit, and has an annual capacity of 110,000 units. A third plant is situated further south near the city of Eskisehir, and is the only large truck operation within Ford of Europe, producing around 15,000 units a year. The truck plant also makes around 75,000 engines and a similar number of transmissions for Ford plants worldwide. Total capacity across the vehicle plants is being raised to over 480,000 by September 2018, although it may be some time before this is fully utilised – production totalled just over 373,000 in 2017. Around one-third of the output from Ford Turkey comes to the UK, compared to 16% going to Germany.

Ford Otosan has, like Fiat Tofas, also secured funding from the EBRD, with a Ä150m loan announced in April 2017 for development work on all the models made in the country, especially the next Transit. Approximately one-third of this loan has been allocated to expanding the capacity of the Transit line, by 40,000 to 330,000 a year.

On smaller scale, Isuzu has a bus and truck affiliate in Turkey, Anadolu. This was formerly also Honda’s partner in the country, until Honda took full control of its Turkish operations a few years’ back. It can make around 4,000 buses, 8,000 full size trucks and up to 7,300 D-MAX pick-up trucks, although only around 2,500 of this model were produced in 2017. Isuzu owns a 16.99% stake in the company, alongside a 12.75% stake held by Japanese trading company, Itochu. Karsan is another truck and bus manufacturer which produces the Hyundai H350 van; ostensibly a competitor to the Ford Transit, Karsan has capacity for only around 10,000 vehicles a year, with production running well below this level at present.

The Hyundai factory at Izmit is operated in a JV with Kibar Holding and has a current capacity of 245,000 units, having produced just under 227,000 i10 and i20 small cars in 2017. A third model, probably a B-segment SUV, is expected to be added to plant in 2019. Capacity for around 50,000 more vehicles is being added. In addition to the anticipated SUV, when the i10 is replaced in 2020, a larger number of variants will be made, adding a 5-door version in particular. In addition to the car plant, Hyundai has a contract production arrangement with Karsan to produce the H350 van, a competitor to the Ford Transit, albeit one made at a much lower rate, recently less than 5,000 units a year, versus the c300,000 a year Transit volumes.

Turkey is also the principal European manufacturing location for the Renault Clio with production having been progressively transferred there away from France in recent years. In March this year, it was reported that just 6% of future Clio output would take place in France, and then only during the early years of the next model’s life cycle. Instead, production will be split between the Oyak-Renault plant in Bursa (which should make around 2/3 of future volumes) and Renault’s factory in Slovenia (which will produce most of the rest). Around 280-300,000 Clios should be made in Turkey annually, with the remainder of the factory’s 375,000 units’ annual capacity allocated to four-door versions of the Megane. In September 2016, it was announced that Ä220m would be invested in Turkey for the new Megane sedan, with peak production at 90,000 a year.

Toyota’s factory in Turkey makes the Corolla sedan, Corolla Verso and C-HR crossover. This model has been introduced following an investment of Ä350m, raising the plant’s capacity to 280,000 units a year. This capacity was almost fully utilised in 2017, with 279,902 vehicles produced; the C-HR hybrid, using hybrid powertrains made in the UK, was the major contributor here, with exports going beyond Europe, to the US, Canada, Mexico and Taiwan.

The Honda plant operates as a satellite plant of the UK factory in Swindon. It makes a four-door version of the Civic in sedan format, compared to the hatchback version made in the UK. Historically, production has been running at below 20,000 units a year, against a capacity of nearly 30,000. This has recently been raised to 50,000 a year and reflecting this, Honda Turkey saw production rise in 2017, to nearly 29,000. A modest investment of US$50m has been made to allow the plant to transition to the new Civic platform, mainly for additional tooling. 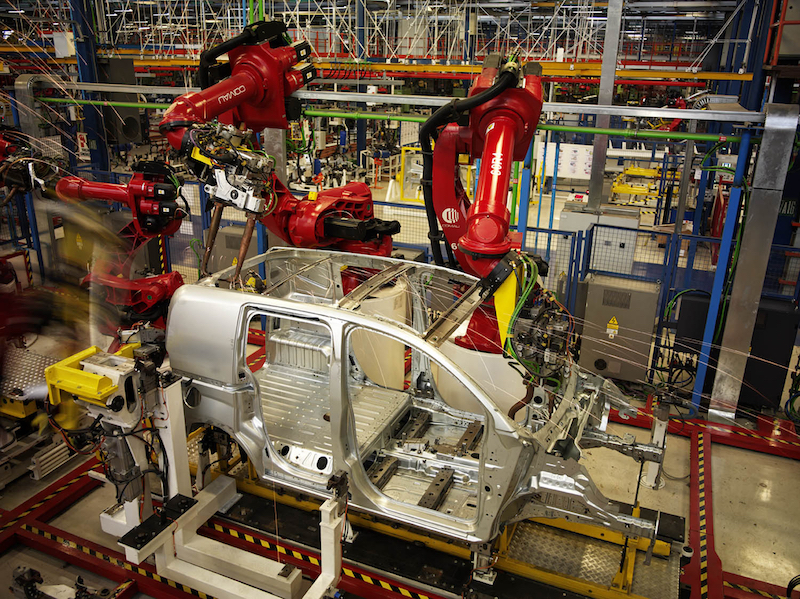 The factory in Bursa is said to be one of the most productive plants in the Fiat Chrysler group, and currently has an annual capacity of 450,000 units

The Turkish government wants to create a national Turkish car company, to be launched officially next year, with production starting in 2021. The “Automobile of Turkey” initiative is a reportedly being overseen personally by President Erdogan and brings together five Turkish companies: Anadolu, BMC, Kiraca, Turkcell (a telecoms company) and Zorlu (an energy company). BMC is a truck maker, while Anadolu was formerly Honda’s local partner. Kiraca is an industrial conglomerate which owns Karsan, the contract producer for Hyundai vans.

For Erdogan, this appears to be a critical move in the development of Turkey as a serious international player in automotive production; he sees the creation of a domestic Turkish brand as “a historic step”, regarding the lack of one as a national shame; moreover, he see this project as something which “will add new success to the ongoing success of Turkey”, adding that “it is out of the question for Turkey to not produce cars domestically ….” While politically important to the current government to be seen to trying to establish a national, Turkish-owned vehicle producer, it is likely that of greater significance to the future of the industry that the country retains the benefits of the Customs Union with the EU.

It is almost inconceivable that car companies’ recent investments in Turkey would have been on anything like the scale described above had it not been for the ability to export to the EU without duty being applied. Vehicles like the Hyundai i10/i20 and the Renault Clio would almost certainly be economically unviable if they had to absorb the 10% import duty applied to vehicle imports from markets outside the EU which do not have a free trade deal or were outside the Customs Union.