With Honda reporting record volume figures for the full calendar year 2017, Ian Henry takes a region-by-region look at how the company is reacting 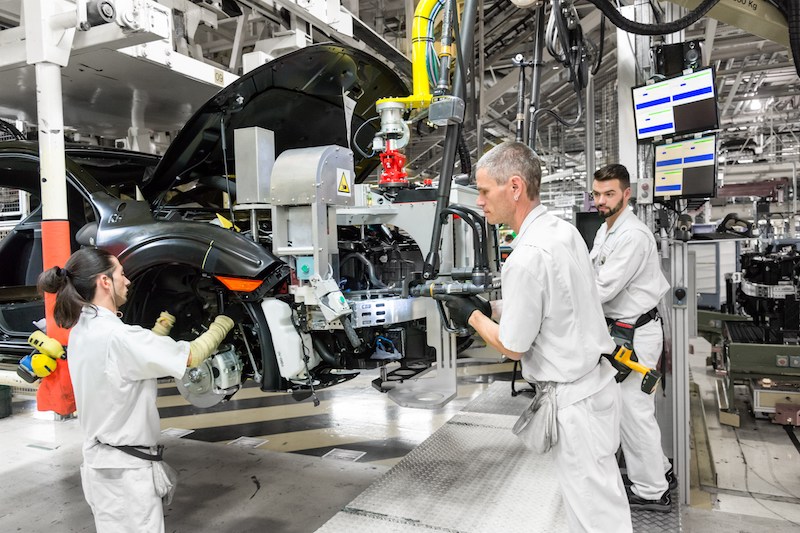 The third biggest Japanese car company after Toyota and Nissan, Honda has especially strong positions in North America, China and much of Asia outside Japan; it is a minor player in Europe, selling fewer than 170,000 vehicles in the region annually. Partly in response to its poor European performance, it has redesignated its UK factory as global supply point, with around half of the output from Swindon destined for the US and Canada, and around 5% more allocated to the Japanese market.

Across the globe it has a vehicle production capacity of around 5.6m vehicles, so its 2017 output of 5.23m represented an impressive 93% utilisation rate.

Record sales and production in 2017

The importance of the North American market to Honda became especially clear when the company announced its quarterly results to December 31, 2017; these showed a more than trebling of net income, leading the company to announce a rise in its profits forecast for the third time in the current financial year. Net income in the quarter was 570bn yen (US$5.1bn), from 168bn yen (US$1.5bn) from the same quarter a year earlier. Intriguingly in North America, Honda saw its operating profit rise 27%, even though unit sales fell slightly, down 3% to 491,000 units. Here too, big margins were achieved. However, the company also gained a tax windfall in the US of US$3bn, following corporate tax rate cuts from 33% to 21% initiated by President Trump. Honda even made a profit, of 2.5bn yen, turning around a loss a year ago, and again this was despite a 2.3% fall in sales in Europe, to 42,000 units.

Meanwhile, in China operating profit was up 35%, with unit volumes up nearly 10%, suggesting that the company was selling higher price high margin vehicles in the country. The company also expects China will soon overtake the US as it major market, a development due to the popularity of the CR-V and Vezel models especially. The company is struggling to meet Chinese demand and will continue to do so until a new JV plant, with Dongfeng, comes on stream in 2019. To meet changing demand in China, the company will also launch a full battery electric vehicle in China by the end of 2018. [sam_ad id=17 codes='true']

Asian markets outside China and indeed the home Japanese market are becoming increasingly important for Honda. In February 2017, Honda passed the one million units milestone for production in Indonesia, where production had begun in 2003. Having started with a capacity of 80,000, a further 120,000 units’ factory was added in 2014, making the total for Honda’s capacity in the country of 200,000. Honda currently make seven vehicles in the two plants on the same site near Jakarta, specifically the Mobilio, BR-V, HR-V, Jazz, Brio RS, Brio Satya and CR-V.

The Indonesian factory also plays a role in component production, delivering to Honda operations in ASEAN markets, ie Thailand, Malaysia, Philippines and Vietnam, as well as those in India and Pakistan, and indeed further afield in Mexico, Brazil, Argentina and Japan. Total exports in 2017 were worth around 2.5 trillion rupiah (cUS$183m).

Honda Indonesia plant is a fully integrated plant, having opened a new stamping plant for the major body panels in May 2016, following investment of 194bn rupiah. This facility is highly automated and can produce around 2m pressings per year, for use in both the Indonesian plant and those abroad. Investment continued in September 2016, with a further investment of 228bn rupiah in crankshaft production. High-precision machine tools have been installed to make around 240,000 crankshafts a year.

Changes to the Honda manufacturing network

Like all major car companies, Honda is constantly tweaking what it makes at each plant to optimise its manufacturing network and adjust to market changes.

In October 2017, Honda announced a series of further investments in Japan. Operations at Sayama will convert to electric vehicles, with existing vehicle production shifting to the Yorii factory. The process is due to complete by March 2022.

As well as receiving production transferred from Sayama, the Yorii plant will take on a global role, centring on the development new production technologies for application at Honda plants worldwide to increase production system standardisation across the company's operations.

Like most major vehicle companies, Honda has been hit by the problems caused by Takata’s faulty airbags. This continues to generate new recalls, the latest of which was 1m vehicle recall in the US announced in January 2018, covering Honda and Toyota; Honda is recalling 465,000 vehicles between the 2009-13 model years for front passenger airbags to be replaced.

The recall covers almost all Honda and Acura models made and sold in north America in these years, as well Gold Wing motorcycles made between 2009-16 which also had an optional airbag supplied by Takata. Although Honda says no one in the US has been affected by these potentially faulty airbags, it has admitted that six people have been killed in Malaysia owing to faulty airbags, the latest of which was in January this year.

Honda is also addressing core areas of electric vehicle technology. Notably, in July 2017, Honda announced a JV with Hitachi to make electric vehicle motors, with production taking place in a Hitachi plant at Hitachinaka-shi, in Ibaraki Prefecture. Honda will take a 49% stake, with Hitachi holding the majority 51% stake.

Continued strong demand for the CR-V has led Honda to tweak manufacturing arrangements in the US. CR-V production will be added at the Marysville plant by the end of 2018, meaning the module will be made at four plants in north America – the two key factories are at East Liberty/Marysville, Ohio and Alliston in Ontario, Canada together with recently added production at Greensburg, Indiana. And at its Alabama plant, where the Odyssey is made, Honda has recently introduced a new automated acoustic spray line.