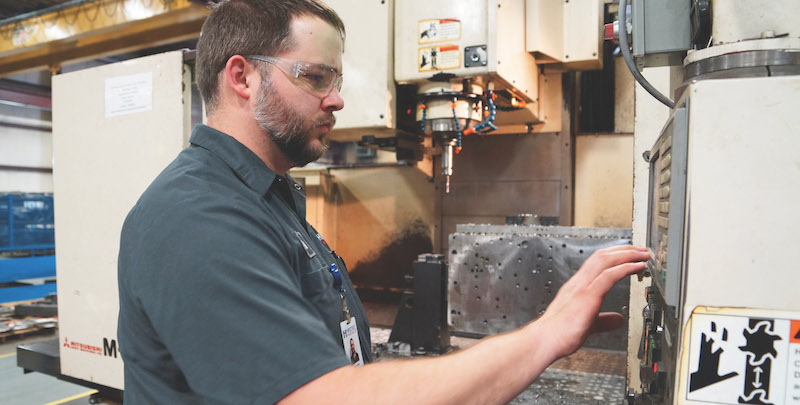 What is the best way to implement an Industry 4.0 or Internet of Things (IoT) strategy – a single, intense company-wide campaign or a gradualist approach in which a series of small projects are allowed to build up a fund of knowledge and experience that can support increasingly ambitious initiatives? That is a question that has been face head-on by global automotive components and manufacturing technology supplier Hirotec and which has made an unambiguous decision to adopt the second of those two approaches.

The details are confirmed by Justin Hester, senior researcher working from the company's global headquarters in Hiroshima, Japan, who is closely involved in all the company's relevant initiatives. “I help lead all our IoT initiatives worldwide,” he states.

The company specialises in two automotive product areas – the first being closures such as bonnets and boot lids and the second exhaust systems. But as well as being a direct manufacturer of such products the company will also supply appropriate mould tools and supporting expertise to customers that want to carryout manufacturing in-house. Hirotec’s most recent financial figures show a turnover of $1.6 billion from the manufacture of 11m closures and 5m exhaust systems from 26 facilities spread across nine different countries.

Fulfilling the mission statementHester says that rather than define what it means by IoT in technical terms, Hirotec instead works towards the fulfilment of a “mission statement” that sets out the goals it aims to achieve through the implementation of I4.0 techniques and procedures. This states that the company “will eliminate reactive actions and lost opportunities by enabling our team members to make timely and data-driven decisions as well as execute automatic actions.” Achieving this in practice, observes Hester, means “combining new technologies and business strategies and then applying them to the data that already exists within the company.” The data, he stresses, “is already there. It is just that we are not using it.”

The aim, therefore, is to “unleash” that data to enable the company to become “proactive” instead of “reactive”, something that will inevitably mean that many of the required actions will happen automatically rather than through the intervention of people. But Hester also says that Hirotec realises that the fulfilment of the promise of IoT will only come about gradually over an extended time period: “It will be a long journey made up of small steps.”

That perception is one that the company has made the basic operational principle of its IoT implementation strategy. As far as possible, says Hester, the company aims to ensure that relevant projects are “easily understood, capable of being accomplished in a short period of time and both scalable and easily reproducible”. He explains that the company aims to avoid the pitfalls it believes have been encountered by other organisations that have attempted to implement large scale plant-wide initiatives, which have all too often simply become enmeshed in their own complexity. Appropriately the term the company uses to denote its own IoT projects is 'sprints'.

As such Hester indicates that he believes Hirotec has actually been able to turn to its own advantage its relatively late start on IoT implementation. He confirms that the company only began to address the issue of IoT “in quarter four of 2015” and yet still had a real “manufacturing line” implementation of the concept in operation “in quarter one of 2017”. That is, he says, “pretty quick for a global organisation to move.”

Avoiding isolated applicationsNevertheless Hester makes it clear that Hirotec also realised right from the start that it needed appropriate partnerships to make its IoT initiatives work. “We are not a computer or software or sensor company,” he explains. But Hester also adds that in this context that meant finding external companies that could provide, as he puts it, a “complete ecosystem” rather than just isolated application capabilities.

That was because a fundamental principle right from the start was that the company would not find itself limited in any way in the range of equipment – whether machine tools, controllers or sensors – that it could employ on its shopfloors. As such one company that it decided fitted the bill as a major supplier/partner was US software vendor Parametric Technology Corporation (PTC) not least, Hester notes, because Hirotec saw PTC's products as “open, flexible and customisable”.

The company's very first IoT project was implemented over a period of just six weeks, entirely within “Q2 of 2016” and in line with its ambition to complete such projects within compressed timescales. This took place at its plant in Detroit right in the heart of the US car making industry, which produces mould tooling. It was, says Hester, intended as a “proof of concept to show that we could get real time connectivity to different machines and find out what was happening with them.”

Hester explains that it is relatively easy to apply an IoT strategy to a collection of more or less identical machines with the same controllers but the Hirotec plant in question had a variety of CNC machines – “lathes, boring machines, surface grinders” – some very modern, some dating back to the 1970s. Just eight machines out of a much larger number in the plant as a whole were involved, he adds, in line with the company's chosen tactic of “keeping projects small”. All the machines, he observes, were generating data that was used to run the machines but really not much else - “that was about it.”

In technical terms what Hirotec did in that first foray in IoT was to implement the Modbus TCP/IP networking protocol on the shopfloor, which Hester describes as a “robust, industry-ready” ethernet-based system. He says that it “collected data and pushed into PTC's Kepware software” – in fact the KEPserverEX system – which acted as a “universal translator” for data from the different sources involved.

At the machine level the basic task was to connect the disparate and hitherto standalone machines to the network. He explains that the interfaces on the machine ranged from “a floppy disc port to an unused ethernet connection” and that the project therefore “brought them all up to the same level” sometimes by just hardwiring them to a “separate data collection box”.

At the machine level the basic task was to connect the disparate, standalone machines to the network

Better use of basic dataOnce the data was collated at the factory level it was then fed into another set of PTC software – the Thingworx system – that ran in the 'Cloud'. Hester remarks that a key factor was that the integration of the factory-based and Cloud-based systems was completely seamless. “That's where that single ecosystem really plays a role,” he states. He says that this second software system acts as a “database” that supports the modelling and analysis that turns the raw data into usable information. Crucially, he adds, there was no need to write further specialist application programs to achieve this. The Thingworx system, he confirms, “does the hardcoding in the background.”

The data involved included “whether machines were on or off, in set-up mode, actually making something, in inspection mode, being unloaded, sitting idle or in a fault state.” That is, Hester observes, “a very basic data set”, yet one that when subjected to appropriate analysis is still capable of yielding an “amazing amount of information”. For instance, he continues, “we can get a usage schedule for each machine down to the last second”. Moreover Hirotec has already recognised that knowing when particular machines are likely to be free and feeding that information into the ERP system at the plant should facilitate automatic scheduling – something it is planning for later this year.

Back at ground level the information generated in the Cloud is then accessed, Hester says, “through any internet-compatible device” – whether a personal computer, iPad or even a smartphone – by designated users logging into a private website. He adds that individual passwords have their own passwords to provide them with reports customised to their own requirements. “We are big on contextualisation,” he confirms, adding that the customisation is by job “category” rather than individual identity.

Though intended only as a test-run the Detroit project nevertheless did deliver a genuine return on the effort involved. Hester says that the insights it provided into machine utilisation enabled the plant to rejig procedures in a way that obviated a planned need to invest in a new machine. “That was a very tangible thing we got just from some data,” he confirms.

But once the basic principles of its IoT implementation strategy were established Hirotec then progressed to its application on “a real production line” – this time at one of its production sites in Japan, though one that Hester cannot identify for reasons of customer confidentiality. In fact, Hester says, the implementation this time over an eight-week timeframe involved a “brand new robotic inspection system” utilising laser, vision and force sensors to carry out “full final inspection” of exhaust systems.

Gaining an overview of quality trendsHester explains that the system “was doing its job” of, for instance, verifying weld integrity and the positioning of mounting points but that the company had “no way of analysing and reviewing” the data it gathered. “We couldn't get an overview of quality trends,” he says. So in the early part of this year it again implemented the duo of PTC software packages in the same way as in Detroit. Though it is still too early to cite quantifiable results Hester says that a more intangible but still perceptible qualitative consequence is already noticeable.

People, he reports, have increased confidence that they can leave the system unattended and “accomplish tasks elsewhere.” In fact, he also confirms, the company has already gone straight on to applying the same principles and technologies to “an entire closure production line” at another of its sites in Japan. He confirms that this new project “will implement everything we have learned so far on an entire production line” and is regarded as the first step in the company's “long-term IoT implementation strategy”.

The key capability Hester identifies as the one that will result from all this is not merely “predictive maintenance” but something more fundamental – “predictive action” that will cover a much wider range of application areas including “scheduling, operations, and shipping”. He also foresees Hirotec at some point starting to incorporate IoT capabilities into the production equipment it supplies to customers. That is probably still some way off but, as Hester confirms, IoT is not a point solution but a pervasive strategy that extends beyond immediate factory boundaries: “That is where we are going.”