Light at the end of the tunnel

With plans to expand exports and signs of a slight rise in the Russian automotive market, are the green shoots of recovery sprouting for AvtoVAZ?

While Russia weathers political challenges abroad, its main domestic (albeit foreign-owned) car company is reaching out beyond the country’s borders to a greater extent than ever before. Encouraged by the Kremlin (through the diktat of Decree 905), Russian companies are tasked with developing export opportunities; and reflecting the government’s wishes, AvtoVAZ will sell cars this year in Germany, Cuba, China and parts of the Middle East.

AvtoVAZ is majority-owned by the Renault-Nissan Alliance with a stake of just over 75% through Alliance Rostec BV; Renaissance Capital, the Russian investment bank, owns 24.1% of AvtoVAZ. At present, AvtoVAZ’s shares are still listed on the Moscow Stock Exchange, but plans are afoot for a delisting later this year. Both Renault and Renaissance Capital injected 25 billion roubles into AvtoVAZ in late 2016 to keep the manufacturer afloat following more than two years of sustained losses.

High domestic market dependency The company is highly dependent on the domestic market and because of the collapse of the Russian economy, AvtoVAZ has lost money regularly in recent years; the Renault-Nissan Alliance chairman, Carlos Ghosn, who has now stepped down as chairman of AvtoVAZ, told the press in February this year that AvtoVAZ will be profitable in 2018. This optimism is based on Lada – the group’s core brand – and Renault and Nissan together retaining more than one-third of the Russian market (the same as Hyundai, Kia and the Volkswagen group brands combined). He believes this will be possible owing to an improvement in the market, with Lada’s position boosted by a series of new models; the Russian market rose just over 9% year-on-year in March, which has gone some way to ameliorating the impact of the 11% overall decline in 2016, and larger declines in previous years.

Having bet large on the Russian market in recent years, Renault has seen its own sales in the country, along with those of Lada and Nissan, fall dramatically as the Russian economy has collapsed; back in 2012, the three brands sold close on 900,000 vehicles in Russia, around 520,000 Ladas, c190,000 Renaults and the balance from Nissan. In 2016, the three brands sold around 470,000 units, c285,000 Ladas, c115,000 Renaults and c70,000 Nissans. After several years of continuous decline, the company has seen an improvement in the early part of 2017; Renault saw a 7.2% rise in sales in the first two months of the year, giving it an 8% share of the Russian market, alongside Lada’s 20% share.

Renault’s director for the Eurasia region is optimistic about the prospects for the Russian market, expecting a 4% rise in sales this year to a total market volume of 1.48m units, with a target of between 2-3m by 2020. In 2017 Lada production should reach 450,000, up from 408,000 in 2016, but this is still a long way off the 1m units’ annual capacity it has installed in Russia and various satellite plants in the former CIS. The key Togliatti factory has been modernised and become more efficient in recent years, with five assembly lines having been reduced to three. In addition, after many years of producing particularly poor quality vehicles, Togliatti’s warranty costs are now claimed to be comparable with those the Dacia plants in Romania and Morocco. However, achieving acceptable warranty costs per vehicle alone does not mean that all of the problems at Togliatti have been solved.

"The key Togliatti factory has been modernised and become more efficient in recent years, with five assembly lines now reduced to three"

Optimism for 2017 and beyond Although there are some signs of improvement in both the Russian market and AvtoVAZ’s performance, the company still has a long way to go to reach a position of sustained profitability. Nonetheless, after several years of losses, such has been the turnaround in quality and efficiency in AvtoVAZ’s factories that Carlos Ghosn – prior to announcing his reduced role at the company – claimed that the company would be profitable in 2018. Even with AvtoVAZ having lost nearly 45 billion roubles (US$762m) in 2016, a notable improvement on nearly the 73 billion roubles lost in 2015, such a turnaround, if it materialises, will be quite remarkable. Ghosn’s optimism derives from his expectations of the new model programme, with 12 new vehicles due over the next couple of years and because the many improvements to the production facilities initiated by the former CEO, Bo Andersson are finally coming to fruition.

Exports could be key to AvtoVAZ’s future success Russian companies are being encouraged under Government Decree 905 to raise their level of export activity; government support of up to US$345m has already been made available to help companies in this regard. Exporting is essential as domestic demand is clearly no longer seen as sufficient to generate the required level of economic growth; overseas earnings are seen as essential for the Russian economy to return to the levels at which government tax revenues will return to something like their required level. In this regard, AvtoVAZ initial export target is modest; the company is looking to sell 50,000 vehicles, or roughly 10% of output, outside Russia in 2017. Two models, Vesta (a four door compact sedan launched on the domestic market in 2015) and XRay (a recent compact crossover using the Vesta’s underpinnings), will be at the heart of the export drive, but given the strength of competitors in the budget segments in which Lada will be competing in overseas markets, it is certainly open to question as to how quickly, if at all, these models will succeed.

The first export markets are diverse, including China, the UAE, Germany and Cuba. In fact, the first model sold in China and the UAE was the Niva SUV; interestingly, the export models for these markets will be made in Kazakhstan by AvtoVAZ’s partner, Asia Auto, rather than in Russia itself, although most of the parts will come from AvtoVAZ in Togliatti. Asia Auto has built a factory in Konstanay in northern Kazakhstan to assemble the Niva. Total production there will be around 120,000 units a year, a mix of Niva 4x4s, the long-established Granta and Kalina, and the new Vesta and XRay models. 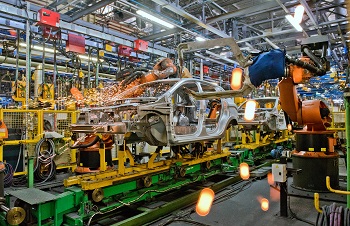 Exports to China started in January 2017, but with import and customs clearances duties accounting for as much as 50% of the final selling price, the challenge involved in penetrating the Chinese market will be significant. Tariffs are much lower in the UAE where the Niva will be available for around US$8,500. AvtoVAZ exported around 20,000 vehicles in 2016, so it is aiming to more than double this in 2017. Previously exports had been underpinned by an established market in former CIS countries, but exports to these markets have declined as local production volumes have been built up in countries where Russia formerly controlled all major economic activity; in addition, sales to Ukraine have collapsed owing to the conflict between the two countries. Other established export markets include Iran, Egypt and Hungary; new target markets are the Czech Republic, Mongolia and parts of south-east Asia. German sales of the new models have started modestly, with a shipment of 200 Vesta models; they will sell for €12,500-€13,000 and are said to be Euro-6 compliant. Lada had actually managed to sell 2,000 vehicles in Germany in 2016 and has set a 2017 target of 3,000 units.

And as Cuba opens up to the rest of the world, so will AvtoVAZ return there for the first time in 12 years. In May a batch of 300 Ladas is due to arrive; but with average prices for the Largus and Vesta models at the local equivalent of around US$10-11,000, doubts exist as to how many new Ladas will actually be sold in Cuba.

Former CEO, Bo Andersson, initiated a programme of major change If AvtoVAZ can retain its traditional market share in Russia as the domestic market recovers and, in parallel, manages to build a credible export presence, it will owe much to the changes initiated by the now-departed Bo Andersson. Installed as CEO by Carlos Ghosn in 2013, Andersson left during 2016 under something of a cloud. He was disliked intensely by the unions at Togliatti, the main AvtoVAZ plant, for the changes to working practices he implemented, while local suppliers resented the increased quality levels – and reduced prices – which he wanted. At the same as Andersson left the company in April 2016, so did Carlos Ghosn step down from the board, although he remained chairman of the Alliance Rostec Auto BV, the company through which Renault-Nissan holds its stake in AvtoVAZ. The new AvtoVAZ CEO is long-time Renault executive Nicholas Maure who had previously been responsible for turning around Dacia in recent years. 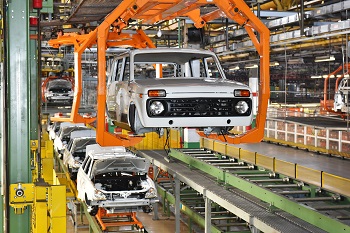 Andersson’s departure from AvtoVAZ was welcomed by local politicians around Togliatti. Having been toughened by years of working for GM, Andersson was a man up for a challenge and was far from popular. The unions’ objections centred on his reduction in the Togliatti workforce from over 110,000 to around 44,000. However it was not just the cuts in the workforce that made Andersson unpopular and which led to his departure. A Financial Times report in 2016 noted how the Russian government had supported the changes which Andersson was implementing, believing that he could turn the company into a success. In fact it was Andersson’s attempts at cleaning up an inefficient and allegedly corrupt supply chain that did for him; the FT reported how the supply chain was run by “ingrained criminal structures … by a set of people you better not challenge.” Andersson threatened to stop using suppliers whose quality standards fell below what he expected – as a consequence he needed bodyguards and suppliers frequently disrupted production with supply stoppages as the supply base resisted the changes which Andersson wanted to implement. Although he made some progress, Renault-Nissan and Renaissance Capital realised that they would not be able to see through the remaining changes required at AvtoVAZ with Andersson in charge.

How much better Nicholas Maure will fare remains to be seen; with a local market sales still half the size of what they were five years ago, and – despite the optimistic noises – an export activity which is very modest at best, keeping AvtoVAZ going and getting it to make money on a consistent basis is going to be a major challenge. The political problems surrounding the company are compounded by the fact that Togliatti – AvtoVAZ’s home – is very much a one-company town, one of more than 300 single factory towns across Russia which date back to the Soviet era. Rising unemployment, limited alternative employment opportunities and a supply chain which has a long way to become truly competitive means Mr Maure has one of the most challenging jobs in the global automotive industry. Succeed and he will be a hero in Russia and possibly in line for the much-coveted job of replacing Carlos Ghosn. Fail and he could well follow in Bo Andersson’s footsteps into obscurity.