Korea: A question of cost 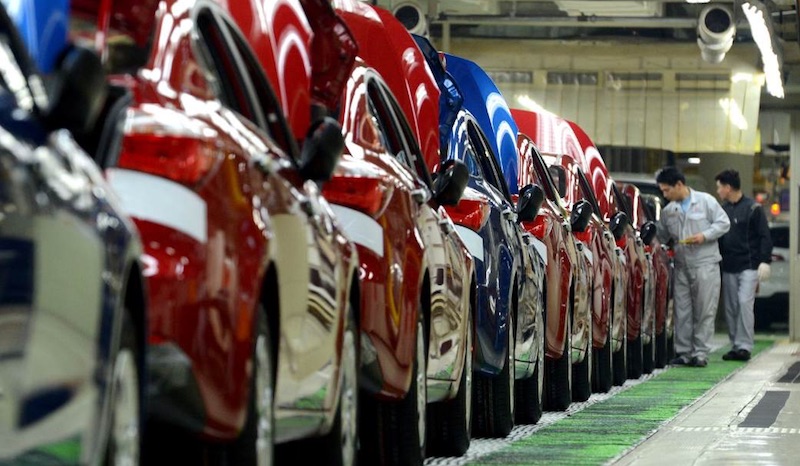 Unions have forced a series of stoppages this year at Korea’s biggest carmaker, Hyundai Motor, to the point that by the end of September, total production volume of 114,000 cars had been lost, the company told local media.

This year has been particularly tough, analyst LMC Automotive’s Asia Pacific director, May Aparthapan, told AMS. “Worker strikes are quite common and occur yearly during the annual wage negotiations. But the impact of the strike has been more severe this year for Hyundai,” she said.

The disruption was responsible for Korea losing its position as the world’s fifth largest carmaker to India based on figures the end of July; the local Korea Herald newspaper reported Korea’s Trade Minister Joo Hyung-hwan as saying. When you’ve got government ministers flagging up a loss of position in the production table, it’s clear this has dented local pride.

The strikes come at a difficult time for the Korean car industry. While sales of cars from local makers broke 9m globally last year, much of that demand was satisfied by Hyundai and Kia’s network of localised factories outside Korea. Plants on home turf are this year having to cope with falling local demand caused by an end to temporary car-buying incentives and the continuing march of imports. Hyundai, which last year took a 45% share of the domestic market, saw its sales slip 3.3% through the end of September to just under half a million cars.

The wage issue hasn’t just affected Hyundai and its affiliate Kia. GM Korea has been knocked too as it fights to maintain its role as an export hub for smaller cars within the GM empire. Formed when General Motors bought local carmaker Daewoo in 2002, the company maintains four production plants to build cars mostly for the Chevrolet brand. In September, its unionised workforce of 16,000 agreed in the majority to an 80,000 won (£57) monthly increase with additional bonuses accounting for between 10-30% of wages, after a series of partial strikes.

"The rising cost of labour represents a major challenge for Korean industry overall," GM Korea’s CEO James Kim told Automotive News in September. "The cost of labour has drastically increased in recent years and has eroded the benefit of the company's high level of productivity."

The US paper reports that GM Korea’s plants are running well below their capacity of 758,000. To the end to September this year GM Korea’s sales, both home and abroad, totalled 434,573 cars, down 4.4% overall on a 10% drop in exports. With around three quarters of its output being shipped abroad, GM Korea is dependent on these exports.

Despite GM Korea’s difficulties, the company is well embedded in the country. As well as significant R&D operations the division has GM’s third-largest design studio globally, which was responsible for the design of the new Chevrolet Bolt electric car.

Focussing on SUVsDespite costs and the threat from emerging markets like China and Brazil (two countries that force foreign makers to localise because of sky-high import duties), Korea does still have an edge. “Yes Korea is a high-cost manufacturing base. However, it can still maintain production partly as a result of scale and also high productivity, similar to Japan,” Aparthapan said. Korea will eventually move away from producing smaller passenger cars. “In the future it’s most likely SUVs, which have higher value and margin and new energy vehicles such as hybrid and electric vehicles,” she said.

GM Korea has been successful with the Chevrolet Trax and Buick Encore small SUVs, while Renault Samsung has revived its fortunes building the large Rogue SUV for Nissan to export to the US.

Last year Renault Samsung boosted its total global sales to 229,082, up 35% on the year before, by adding the Rogue to its roster of vehicles produced at its Busan plant. That more than covered the shortfall in vehicles after production of the Renault Koleos was stopped and its replacement shifted to Europe and China. The plant also builds the Fluence-based SM3 electric car, amazingly Korea’s most popular EV on sales of just 1,767 from its launch in 2013 to the end of 2015. LMC’s Aparthapan says Busan is planning to build more Nissan vehicles but nothing of the scale of the successful Rogue.

Another maker capitalising on the SUV boom is Korea’s smallest automaker Ssangyong, which in the first nine months of this year saw its exports climb 9% and its local sales 6% to push it past 100,000. This growth is coming solely from the firm’s well-received Tivoli small SUV, but the company’s CEO Johng-sik Choi told AMS that there are more new models in the pipeline as well as a planned US market entry by 2020. As he explains to us (see box), the renewed interest in the brand gives him confidence he can extract maximum capacity out the firm’s underperforming Pyeongtaek plant, 60km south of Seoul, within three years and put the company back in profit, something it hasn’t achieved since 2001, according to Choi. He also wants to do what Hyundai and Kia have done so successfully and localise production in emerging markets. 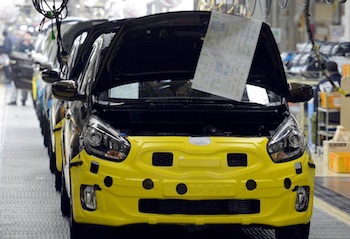 Domestic producers have been threatened by Korean demand for premium exports

Threat of importsDomestic carmakers used to have things all their own way in their home market. Back in 1999 the total number of imported cars was just 2,041. They only cleared 100,000 back in 2011. Last year that number climbed to 243,900, according to the local imported car association, KAIDA, taking 13% of a market totalling 1.8m for the year.

At 81%, the bulk those were European cars with luxury brands topping the list. BMW was No1, followed by Mercedes, VW and Audi. And in the main (69%) they were diesel. Hyundai in particular has fought back by launching its Genesis upscale brand, much like Toyota did with Lexus, but it’s clear as Korea benefits from free trade agreements with other countries, the reverse is happening at home as image-conscious Koreans become seduced by the appeal of the German premiums.

The march of the imports has been reversed this year, but only because of Korea’s particularly tough treatment of diesel-cheaters VW. Both VW and Audi have had their sales halted in the country in response to their confession last year they included illegal software to make their emissions look better in tests. Korea is one of the few countries within Asia to buy diesels on a significant scale, taking around half the market, and the VW Tiguan 2-0-litre diesel was the best-selling import last year.

Increasing production abroadKorean makers Hyundai and Kia have aggressively expanded production abroad and this year Kia has come very close to matching its foreign capacity to that of its three plants at home. The extra boost to 3.37m in total came when Kia opened its new 300,000-capacity Mexican plant at the beginning of the year to boost its overseas capacity to 1.68m, just shy of its Korean capacity of 1.69m. The new plant has begun building the Forte (K3) compact saloon for export to the Americas and this will account for around 10% of the firm’s total capacity globally. Kia also has 615,000 capacity in China, 369,000 in the US and 338,000 in Slovakia, it said.

The brand sold just over 3m last year, of which just over half a million was in Korea to give it a local market share of 33%. In September the parent Hyundai Motor Group said it will boost annual capacity for both brands to nearly 9m on the opening of two new production facilities in China. Last year they sold a combined 8m cars, making the Hyundai parent company the fifth largest automotive group based on sales performance.

Another maker capitalising on the SUV boom is Korea’s smallest automaker Ssangyong, which in the first nine months of this year saw its exports climb 9% and its local sales 6% to push it past 100,000. This growth is coming solely from the firm’s well-received Tivoli small SUV, but the company’s CEO Johng-sik Choi told AMS that there are more new models in the pipeline as well as a planned US market entry by 2020.

As he explains to us (see box below), the renewed interest in the brand gives him confidence he can extract maximum capacity out the firm’s underperforming Pyeongtaek plant, 60km south of Seoul, within three years and put the company back in profit, something it hasn’t achieved since 2001, according to Choi. He also wants to do what Hyundai and Kia have done so successfully and localise production in emerging markets. 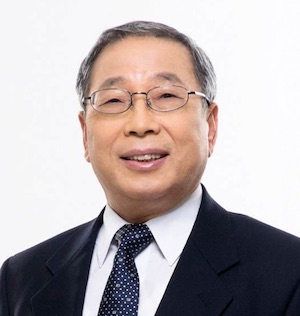 Korea’s Ssangyong Group has always struggled compared to its far larger local rivals, but since being bought by India’s Mahindra & Mahindra in 2011, the company’s fortunes are on the up, thanks mainly to the local and export success of the Tivoli small SUV. Automotive Manufacturing Solutions spoke to its CEO Johng-sik Choi at the Paris auto show about the firm’s manufacturing plans.

What is your manufacturing strategy going forward?We are relatively a small player, our production is capacity 250,000 a year at our plant in Korea. In the future we want to expand the plant to localise in emerging markets. For example in China we are shipping our cars as CBU but we have to pay import duties of 22.5%, in Russia it’s about 25% and Brazil is more than 50%. Such markets are very, very difficult to compete with imported CBU cars.

Where would you localise first? China is very difficult to get a licence.To get licence in China is difficult but we are trying to be there, and also Russia and Brazil. Those three markets are our priority right now.

Where does that leave your factory in Korea. Will your production go down?Our first priority is to fill in the Korea plant capacity. Right now production volumes are around 150,000 units. So it still will need an additional 100,000 units. Our focus for export markets is Western Europe because we have free trade agreement with the EU so we don’t pay import duty. Still we need additional units, so now we are preparing for a US launch.

You used to build in Russia. What happened?We use to ship around 35,000 CKD units a year to Vladivostok. Our partner had an assembly plant there. They assembled to CBU and shipped to Moscow to the west. By using this, we avoided import duty. That scheme is finished in Russia and now a new decree is prepared, but we would like to build in Russia again.

What are the problems right now of building in Korea. Is it cost effective?In terms of the manufacturing cost in Korea it’s not competitive any more, but we have a very good quality. Right now Hyundai and Kia are building around 30% in Korea the remaining 70% is built outside. In our case 65% is for the Korean market and 35% for export. Eventually we need to balance that to 50/50. 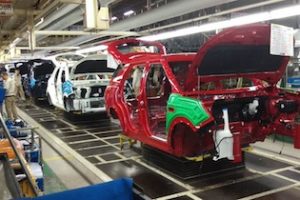 Is the lack of cost competitiveness the reason why Korean makers are localising?The reason is that, rather than [operating with the] level of the competiveness in Korea, many countries are very, very protective to cultivate local manufacturing. So they put up a high barrier of import duty so there’s no way to ship the vehicle from Korea as a CBU. That’s why Hyundai and Kia and constructed a lot of foreign plants. Yes, our labour costs are relatively high, that’s one reason, but the major reason is that with 25-50% import tariffs you can’t survive and compete. Our first priority is to fill in the 250,000 capacity then we will localise.

When do you think you will reach 250,000 capacity?About three years from now.