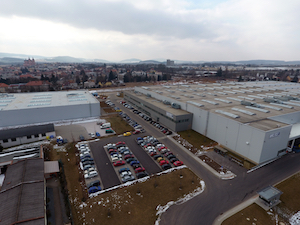 Czech Republic - International Automotive Components (IAC) has officially opened a new plant in Prestice, which will be used to house the production of door panels. Costing over US$40m and covering an area of 32,560 sq.m, the facility is the company's third in the region.

"Our new Prestice operation reflects our ongoing commitment to support our global customers with premium interior products wherever they are in the world," commented CEO Robert Miller. "IAC is a world leader in injection molding and the flawless launch of a 600,000 unit per year door panel programme in the new Prestice 2 site is a strong foundation to pursue further growth in the region."

The company started production of lightweight injection-molded inner dash insulation for two European OEMs at its Prestice 2 facility back in July 2016. The third plant will further strength IAC's position in the market, allowing it to deliver more units to its customers based countries such as Germany, Sweden and the UK.

IAC also recently opened another plant in Opole, Poland, where employees make "highly crafted cut-and-sewn and hand-wrapped components", such as instrument panels and other interior parts. The supplier thinks that demand for these products will rise by 38% from around six million parts to nine million over the next three years.