The Chinese OEM is charging towards 1m annual sales, expanding its production both at home and abroad 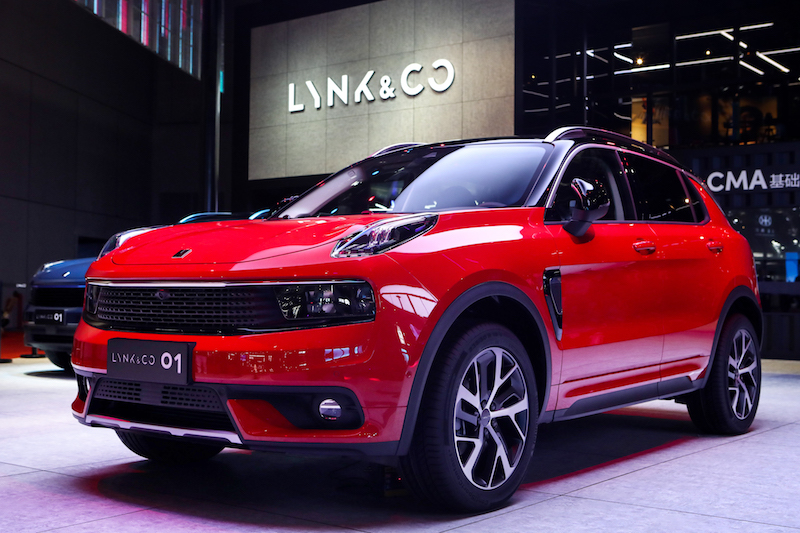 Go back just four years and the phenomenal success of China’s Zhejiang Geely Holding Group would have been hard to predict. In 2013, one of the sharpest automotive analysts, Max Warburton from Bernstein Research, delivered the following crushing verdict: “Its industrial structure has no logic, its capacity utilisation is dismal and its lack of growth in China is telling.” Fast forward to 2017 and Geely is frantically boosting capacity in China as demand for its cars there soars. In 2016, Chinese sales of Geely Auto cars rose 50% to 765,970 and by the end of May this year sales were up 87% to 437,359. The research arm of investment bank China Securities believes that Geely’s half-year sales will be up 100% on the back of demand for its increasingly sophisticated SUVs and sedans, and Geely itself predicts that it will breach 1m sales for the first time in 2017.

Its rapid rate of growth has seen Geely overtake big-selling joint ventures involving foreign OEMs like Ford and Nissan to become the country’s sixth most popular brand by the end of May 2017, with Buick the next target. This makes Geely the second most popular homegrown Chinese brand after Changan, a year after it was just the tenth bestselling brand. The only negative has been exports, which have collapsed to 0.3% of sales in May, in part due to the depressed Russian market. Back in 2012, exports accounted for 21% of annual sales.

The Volvo S60L has been made at Chengdu since 2013

In a repeat of the success achieved by other Chinese brands, the main driver of domestic sales is a new C-segment SUV; the Boyue, which Geely regards as one of its ‘third-generation’ cars, accounted for slightly under a quarter of its five-month sales this year. However, the company is seeing a lot of success with its Emgrand range of sedans and is planning more variants, including an MPV based on a stylish concept revealed at the Shanghai Motor Show in April, plus two new SUVs this year.

Geely’s parent company, Geely Holding, is more famous globally for buying Volvo from Ford in 2010, but even excluding the Swedish brand’s expanded operations in China, Geely has grown its manufacturing capacity from 670,000 units in 2013 to 1,070,000 in 2016. And there is more to come: a new plant to make the new MPV in 2018, according to China Securities. Geely will need that capacity, if it is to achieve its objective of building and selling 2m vehicles a year by 2020 under its 20200 strategy. A spokesman said that the OEM is opening “newer, high-capacity factories” to satisfy demand and that these will each be able to produce 200,000-300,000 units across three shifts.

From refrigerators to SUVsGeely started life in 1986 making motorcycles (and refrigerators), before its founder, Li Shufu, branched out into cars in 1997. The company built its first vehicle in 1998 at a plant in Linhai City, Zhejiang Province, and this region just south of Shanghai is still its main manufacturing focus. The vehicle-maker has four plants here and will soon add a fifth (see map below) for C-segment cars based on the Compact Modular Architecture jointly developed by Volvo and Lynk&Co, Geely’s new and globally ambitious brand. Lynk&Co’s first vehicle, the 01 SUV, will go on sale later in 2017 in China, while the Volvo 40-series cars will likely debut at the end of the year, starting with the XC40 SUV.

"No company in China survives without backing from the powerful officials who set policy and subsidies and direct bank loans"– Michael Dunne, American Wheels, Chinese Roads

Geely’s remaining plants are spread across the vastness of China. Perhaps the most important is Baoji in the central Shaanxi Province, which builds the Boyue SUV and has a capacity of 180,000 units a year following an investment in 2016 of 4.5 billion yuan ($669.4m). Geely describes the plant as “highly automated with advanced production equipment and world-class production lines”. Further south is Xiangtan in the central Hunan Province, which builds Vision sedans and has seen its capacity increase to 120,000 units in 2016 from 100,000 in 2013, according to the company’s annual financial reports. Meanwhile, Jinzhong in Shanxi Province (an easterly neighbour of Shaanxi) makes the Emgrand GL sedan and has an annual capacity of 80,000 units. This is another factory that China Securities reports is expanding, soon to reach 200,000 units per year.

Finally, Geely’s small cars, badged as Pandas, are made at Jinan, in Shangdong Province south of Beijing, a plant which has a capacity of 50,000 units per year.

The vast geographical spread of these factories is not necessarily a drawback. “It’s not uncommon for automakers to have plants spread around the country. It even plays to their advantage because ‘produced nearby’ is seen as preferable by Chinese consumers in many parts of China,” believes Michael Dunne, author of American Wheels, Chinese Roads and founder of Dunne Automotive, an investment advisory company specialising in Chinese auto-tech.

However, there might be such a thing as too remote; Geely has handed over its Langzhou plant in the far western Gansu Province to low-cost electric vehicle (EV) maker Zhidou. Geely has since sold its 45% equity interests in the company along with a 50% share in EV manufacturer Kandi, according to its 2016 annual report.

A broad and growing networkVehicle-makers generally benefit from locating their facilities away from China’s expensive east coast, but there can hardly be a company with more scattered production locations than Volvo. When Geely bought the Swedish company in 2010, it was vocal about making the country Volvo’s ‘second home’ and this has indeed transpired. After the purchase from Ford, Volvo assembly stopped at Changan Ford Mazda, Chongqing, and from 2013 production began in Chengdu, Szechuan Province in western China, starting with the long-wheelbase S60 sedan. By the time of its 2016 annual report, Volvo said that 170,000 units of the S60 and XC60 SUV had been built there.

Geely’s 2016 annual report lists Chengdu as a 100,000-unit plant making the Geely Vision and GX7 SUVs, but it was unclear if this was separate to the Volvo facility or if the Geely vehicles are built on the Volvo production lines.

Whatever the case, in 2015 Volvo Car Group gained financial control of its vehicle production facilities in Chengdu and Daqing, Heilongjiang Province, as well as its engine facility in Zhangjiakou, Hebei Province, north-west of Beijing. Daqing, in the very north-east of the country is about as far away from Chengdu as it is possible to get while remaining in China – 3,100km by road. Its location as Volvo’s second plant was determined by the fact that the city helped Geely to buy Volvo and until recently owned 37% of the company (Geely Holding has since bought out Daqing and another city investor, the Jiading district of Shanghai, a company spokesman said).

This unusual arrangement is a reminder that Geely is privately owned, a rarity among Chinese vehicle-makers, which are mostly controlled by the state (Great Wall and BYD are the other two important independents). Michael Dunne believes this independence gives Geely an edge as it can make decisions much faster, but the Daqing deal shows that it is still possible to benefit from state largesse. “Li Shufu has also done an exquisite job of cultivating government support at the provincial and national levels,” Dunne stated. “No company in China survives without backing from the powerful officials who set policy and subsidies and direct bank loans.”

The Daqing plant, which now has a capacity of 80,000 units per year, started production in 2014 with the XC90 Classic (the outgoing version of the large SUV) and last year began making the S90 large sedan, based on Volvo’s new Scalable Product Architecture. Daqing will become the sole production site for the S90, meaning that it will be exported globally. Volvo already exports versions of the S60 from Chengdu to the US. 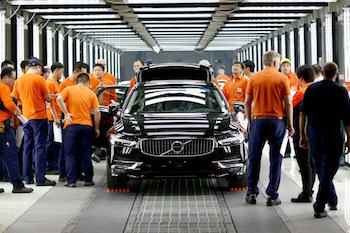 Volvo has prospered since it was acquired by Geely in 2010

Yet for Geely Holding, production in China is not all about Geely Auto and Volvo. The company started building the outgoing London black cab in 2006 at a plant in Shanghai and, now that Geely has full control of the company, there are plans to build the new one in China as well as at a forthcoming factory in Coventry, UK. Moreover, Geely Holding this year bought into Malaysia’s struggling Proton carmaker and gained a controlling stake in the UK’s Lotus Cars in the process. Geely chairman Li Shufu has since been quoted in the press as saying that he wants to build Lotus models in China, suggesting that he wants to switch them away from Norfolk, UK. Geely is also establishing an electric commercial vehicle company, Yuan Cheng Auto.

Four or five years ago, these moves would have seemed unlikely. Now, with Volvo more profitable than probably at any point in its history and Geely conquering China with breathtaking ease, it would be unwise to bet against the company achieving its goal of becoming a globally competitive player.