After enduring some difficult years, the vehicle-maker looks forward to stability and profitability in Europe 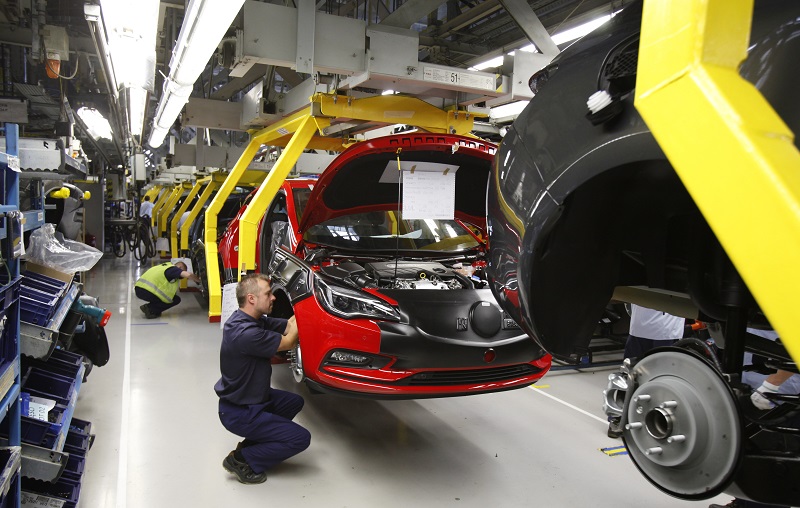 GM’s European operations have been loss-making for some time, but the signs are that it could be nearing its immediate target of breaking even, and possibly head into profit this year. The carmaker’s European operations remained in the red through to Q3 2015, having almost broken even in Q2 2015 – this was after having lost $300m in Q3 2014 and $200m in the previous quarter. Last year's improvement came largely on the back of increased European sales and despite the collapse of its business in Russia. Figures for the second half of 2015 are expected to show a loss again due to initial costs of the shutdown in Russia and launch costs for the new Astra in particular. In Q3 2015, GM Europe lost $200m, admittedly half of that lost in the same quarter a year earlier.

Having made the decision to integrate Russia into its European business – Karl-Thomas Neumann, chairman of the management board of Opel Group foreseeing major growth potential there – the downturn in the Russian market has caused a major rethink. Indeed, so stung was GM by events in the country that it decided to pull out entirely, shuttering its St Petersburg plant; cutting the supply of kits to third-party assemblers of both Opel models from Germany and Chevrolet models from Korea; and leaving only its local production joint venture with AvtoVAZ for the Lada/Chevrolet Niva small SUV.

Counting the cost in RussiaAt the 2015 Geneva Motor Show last March, Neumann described Russia as “a huge problem” – early that year, GM cut the number of shifts from three to just one per day. However, neither this, nor an attempt at boosting revenue (by increasing prices by 40% in some cases) made any difference to GM’s travails in Russia and the decision was taken soon after the Geneva show to withdraw from Russia almost entirely. The shuttering of the St Petersburg plant occurred mid-year, with a GM spokesman saying there were no plans to restart production there in the future.

GM had also not invested sufficiently in its Russian supply base to meet local content rules and did not want to commit further investment to this market, which it clearly regards as too volatile. In the circumstances, an exit was not surprising, despite it being expected to cost the carmaker around $600m in future accounting periods.

An important element in the rising sales and increased market share is Opel’s new small car, the Karl, for which Opel had received over 30,000 orders by the end of June. The Karl is not made in Europe, but in Korea. Neumann told journalists at Geneva that if 100,000 Karls were sold annually in Europe, on a consistent basis, localising production would be seriously considered. In such an eventuality, production would most likely be at either Eisenach in Germany or Zaragosa in Spain, GM Europe’s two plants which are already set up to make small cars. The new Astra, which started production in September 2015, had received over 30,000 advance orders upon launch.

Luton is the last van plant in the UK, producing the Vivaro

Maintaining van manufacture in the UK GM has two vehicle plants in the UK, at Ellesmere Port in the north-west of England and at Luton, just north of London. Luton is the last remaining van plant in the UK and produces the Vivaro, which was largely developed by Renault. Some versions of the Vivaro are made for GM by Renault at its Sandouville factory in north-west France, notably the high-roof version which cannot fit through the paintshop in Luton.

The Luton plant employs around 1,200 people and production currently runs at around 65-70,000 units a year. In the past, when Luton produced versions of the Vivaro for both Nissan and Renault as well, it turned out higher volumes, reaching a record of just over 95,000 units in 2007. However, when production of the latest version, the X82, began in Q2 2014, Luton was allocated only Vauxhall/Opel versions, with the Sandouville factory in France taking over all Renault production.

Cutting back in GermanyFollowing the closure of the Bochum factory, there are two GM car plants in Germany, at Russelsheim and Eisenach, and an engine and components facility at Kaiserslautern. Russelsheim is Opel’s home plant; as well as housing GM’s European headquarters and R&D facility, the Insignia and one of GM’s main transmissions are produced there. The car and transmissions facility employs around 3,800 personnel, with around 7,300 in the R&D centre and HQ.

Russelsheim has a long manufacturing history, having started production – of sewing machines rather than cars – in 1862. The first Opel car was made there in 1899. In addition to the Insignia, it makes run-out volumes of the Zafira MPV, but production of the replacement Zafira will switch to a PSA factory in France in 2017. This will be as part of the much reduced GM-PSA partnership, which will also see the Opel Zaragosa plant produce the next Citroën C3 Picasso, and a PSA factory in Spain produce a version of the Citroën Berlingo for sale as the Opel/Vauxhall Combo.

Although production of the Insignia – which operates in the same highly competitive D-segment as the Ford Mondeo and VW Passat – has held up well, and will soon be joined by a Buick version for North America and a large SUV based on this platform, Russelsheim has not been able to avoid some cutbacks in shifts to balance stock and demand. Between July and the end of 2015, 15 shutdown days were scheduled for the plant. Despite this, in May 2015, there was a topping out ceremony for a new powertrain development centre costing €210m ($230m) – signalling a secure future for the plant. This facility is due to open in 2017 and will contain no fewer than 43 latest-generation engine test benches 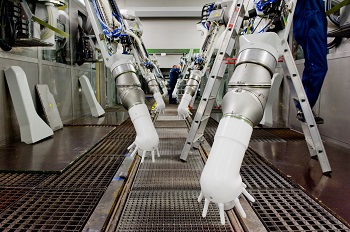 Eisenach received €8m to modernise its paintshop in 2013

At Eisenach, Opel produces the Adam and the Corsa, the latter’s volume depending on the degree to which Mokka and Meriva demand eats into capacity at Zaragosa for the Corsa. In October 1990, Opel Vectras were assembled in an old plant nearby, when Opel formed an alliance with Automobilwerk Eisenach, an old East German company; Opel’s shift to Eisenach was part of the German vehicle-makers' moves into the former East Germany (VW went to Mosel, while BMW opened a tooling and components plant).

A new factory was built at Eisenach in 1991, where production of the Corsa and Astra in the new facility began in September 1992; Vectra assembly had finished a few months earlier to allow time for the workforce to move across to the new facility and for ramp up to occur. Since then, the Corsa has been made in Eisenach continuously, and Astras until 2010.

Production of the Adam small car began at the start of 2013, with Eisenach turning out just under 59,000 Adams and 60,000 Corsas in 2014. The plant received an investment of around €8m to modernise the paintshop in 2013, which was on top of the €190m investment for manufacture of the Adam. With rising demand for the Adam and its variants, plus strong demand for the Corsa, and parallel strong demand for other models made at Zaragosa in Spain boosting demand for Eisenach output, in April 2015 Opel decided to add third shift at the German plant, boosting employment by around 400, to just over 1,800.

A few months later, however, with the drop in Russian demand hitting GM Europe’s bottom line, short-time working was announced for both Eisenach and, as previously noted, Russelsheim. Corsas from Eisenach had been sent to Russia in semi-knocked down (SKD) format, and with Russian demand collapsing, Eisenach cut 25 working days between July and December 2015, with the third shift also no longer on the agenda and unlikely to be considered for some time. During and indeed after the recent financial crisis, there were suggestions that Eisenach could be deemed surplus to GM’s requirements in Europe and might be closed. For now, with Bochum having closed instead, Eisenach remains integral to GM in Europe.

At Kaiserslautern, GM employs around 2,200 people. This is GM’s only engine plant in Germany and opened in 1966. In 2013, it received €130m of investment to support production of a new, Euro 6-compliant, 2.0-litre diesel engine, which began production in October 2014, and to support production of bodywork and front-seat structures for the recently launched D2 Astra and the next E2 Insignia programme. The new, 2.0-litre engine is fitted on the Insignia and the Zafira. The factory also makes axles and chassis parts for the current Insignia and will do so for the new model as well. The engine factory made just over 135,000 units in 2013 and more than 150,000 in 2014. 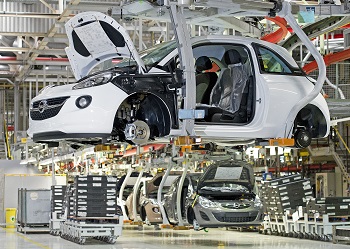 Demand has been rising for the Opel Adam and its variants

Rejuvenating the workforce in Spain In Spain, the Zaragosa factory is the largest European plant within GM Europe, employing over 5,000 workers. The plant opened in 1982 and has produced Opel Corsas ever since; additionally, it has made the Opel Kadett, Tigra and Combo van. By May 2015, cumulative production had reached 12m, of which 10m were Corsas in various forms.

Currently the plant makes the sixth-generation Corsa, as well as the Meriva small MPV and Mokka B-segment SUV. Production of the Mokka began on an SKD basis in 2014 and will switch to full manufacture within the next three years.

Zaragosa has survived the recent fluctuations in Opel’s performance and embarked on a major workforce renewal programme. Starting in March 2015, this involves around one quarter of the workforce being replaced over the next four years; 1,400 new employees will arrive, allowing those born in the 1950s to take partial retirement.

A varied portfolio in PolandAt Gliwice in Poland, GM operates one of the newer vehicle plants in Europe, one which was built in under two years. Component manufacture started in April 1998, with vehicle production, of the Astra Classic, starting in August 1998. The factory has concentrated on Astra production throughout its existence, but it has also produced the Opel Agila small car (2000 to 2007) and the Zafira (2005 to 2010). In mid-2013, it started production of the Cascada coupe-cabrio, which was originally designed only for Europe. However, sales of this model in Europe have been below expectations and international contracts have subsequently been awarded.

In April 2015, Gliwice produced its two-millionth car, a Cascada destined for GM’s Australian operation, Holden. Having started production of Holden Cascadas for Australia and New Zealand in February 2015, by the end of this year, the Gliwice plant will also make a version of the Cascada for sale under the Buick brand for North America.

There is also an engine plant in Poland, at Tychy, which produced just under 165,000 diesel units in 2013 but a much lower volume of 84,500 in 2014. Tychy started making engines in 1999 when it was a wholly owned Isuzu plant, and for a while, as well as supplying Opel, this plant provided engines for Honda and for motor boats. GM took a 60% stake in the business in 2003 and by 2009 it was wholly owned by GM, having also been part of the short-lived Fiat-GM powertrain joint venture in the early 2000s

GM's other locations in EuropeOpel has two other engine plants in Europe. Beginning as a joint-venture plant with RABA, Szenthgotthard in Hungary produced just over 354,000 units in 2003 and nearly 377,000 in 2014. Between 1992 and 1999, it produced Astras as well as engines; CVT production also took place there from 2002 to 2004. As with Tychy, this was part of the Fiat-GM powertrain JV for a while, but is now 100% owned by GM. In addition to engines, it also has a small components operation and undertakes transmission remanufacture.