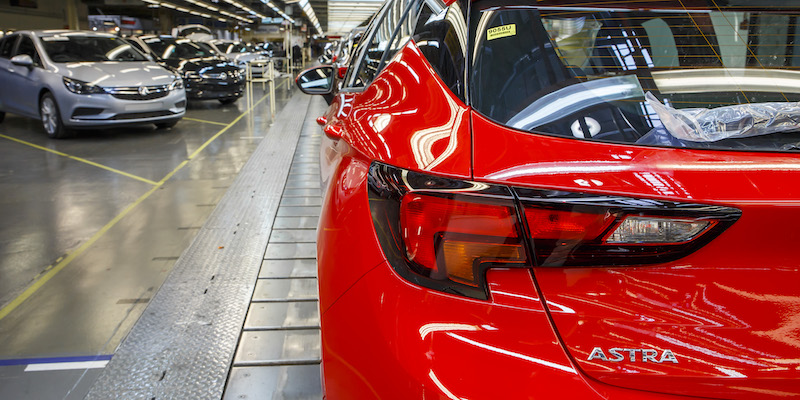 After several months of due diligence, the deal was completed on August 1, 2017. Come early November, a new strategy, PACE!, was announced. Having been making a loss for almost 20 years, PSA wants Opel/Vauxhall to generate a 2% margin by 2020 and reach the 6% level that PSA sets as its own base requirement by 2026.

At the heart of the PACE! strategy will be driving down costs, increasing efficiency and the growth of revenues. PSA has emphasised that Opel/Vauxhall needs to cut its costs significantly to become competitive against both the rest of the PSA network and the market overall. In particular, PSA wants to see major reductions in what it sees as Opel/Vauxhall’s overmanning and excess labour. A variety of voluntary separation programmes have been launched (including around 650 jobs being cut at Ellesmere Port, the UK lead plant for Astra production).

However, there is now concern that the job cutbacks and redundancies in some areas have gone too far, and that the remaining Opel/Vauxhall workforce will end up having been de-skilled. Press reports in May suggested that several key engineers had left Opel, with many experienced people taking the generous redundancy packages on offer and then quickly getting new well-paid jobs at BMW, JLR and suppliers such as Continental who continue to grow and recruit.

This has led to the fear that Opel, which has been given specific technical responsibilities going forward for the Groupe PSA, could be left short of skills in key areas. As a result, in May, it was announced that Opel had stopped the voluntary separation or redundancy scheme, especially early retirement packages, which have proved popular.

Working the unionsWhen the PACE! programme was announced, a brand new seven-seater SUV, based on the PSA EMP2 platform, was allocated to the Eisenach plant, while plans to switch production of the Mokka from Zaragoza to Eisenach were cancelled. The new PSA-based model was expected to go into production in late 2018, followed by a second SUV to be built at Russelsheim in 2019. However, in recent months, these programmes have been in doubt, with PSA facing intense difficulties in getting the German unions to accept the need to cut costs and change ways of working at the factories.

For example, in April, the new Opel CEO, Michael Lohscheller (working closely with and under the direction of PSA’s CEO Carlos Tavares) made it clear that investment in Germany was dependent on major cost-cutting exercises being seen through to completion. Tavares himself has also gone on the record to tell the German unions that management would run the business, one way or another.

In late May of this year, however, PSA and the unions did manage to reach an agreement. A year later than planned, in mid-2019, production of the Grandland X will begin on a two-shift basis at Eisenach. Even so, 450 jobs will be cut at the plant.

By contrast, agreements have been reached with unions in Spain and the UK in particular – the Ellesmere Port agreement has included job losses, as noted above, moving to a single-shift operation and exiting from low-margin or loss-making, market share-driven sales.

More specifically, in late April 2018, it was reported that Vauxhall workers at Ellesmere Port had agreed a pay deal with PSA. This provided the workforce with a one-off payment of £750 ($995) and a 1.5% pay rise from January 2019 - the same as a deal reached earlier with the workforce at the Luton van plant. Len McCluskey, head of Unite, said the union remained focused on securing further investment for the UK factories, so there seems little doubt that accepting the deal is a core part of the union’s strategy for retaining jobs in the UK.

In the short term, a reduction in output at Ellesmere Port to less than 100,000 units a year is about the best the factory and its workforce could expect, especially with a second under-utilised Astra plant in Poland also facing declining volumes. Long term, it seems unlikely that Astra volumes will ever again justify two factories, let alone the four that were used when Astras were also made in Bochum, Germany and Antwerp, Belgium as well as in the UK and Poland. When the Astra is replaced under PSA, it would seem likely that it will be made in one factory, although any short-term excess demand could well take place in an existing PSA factory. What this will mean for the future production allocations for the UK and Polish plants remains to be seen.

New investment at LutonThe seemingly compliant approach of the UK unions has brought some success; at the beginning of April, PSA confirmed it would invest £100m in the Luton van plant and switch production from the Renault-based Vivaro to new vehicles based on the PSA Jumpy/Expert models currently made in France. From the second half of 2019, Luton will make a new Vivaro based on PSA technology, as well some Peugeot and Citroën models. Output at Luton is expected to reach 100,000 a year, around 30-35,000 above recent production levels; and the new models are expected to remain in production for two model cycles through to the early 2030s.

In the meantime, although labour agreements have been reached between PSA and the Opel unions in Spain at Zaragoza (where the new Corsa will be made), there is no sign of a similar accord between PSA and the unions in Germany. As noted above, PSA wants to launch new SUV crossovers at both German car plants (Russelsheim and Eisenach) but will not confirm these officially, nor commit further funds here until a German labour agreement is reached. By contrast, the labour agreement and flexibility in terms of working practices and factory operations at Ellesmere Port should help the factory in its bid to win production of the replacement for the next Astra or another model. A decision on this may not be made until 2020, although an earlier decision should not be ruled out.

Tavares remains optimisticDespite the problems PSA has with the German unions, Carlos Tavares remains optimistic that purchase of Opel/Vauxhall will ultimately be a success and that a European champion will emerge. It is important to re-emphasise the underlying logic here: the acquisition was made to transform Groupe PSA. Tavares believes that PSA needs to be much more than just a French company if it is to grow, especially in Germany and German-influenced markets. In May this year, Tavares claimed things are on track, although some analysts have questioned whether sustainable growth and profitable revenue will be quite as easy as cutting costs.

In recent years, Opel/Vauxhall sales have been dominated by unprofitable channels, especially short-term rentals but under PSA’s direction, use of these channels is being reduced. This has led to a fall in sales volumes for Opel/Vauxhall segments, but at the same time, it has helped reduce the associated losses which had blighted Opel/Vauxhall under GM management.

The turnaround strategy at Opel/Vauxhall is being underpinned by a ruthless transformation of its business, cutting costs, simplifying the product offering (one example being that it will have just two steering wheel options on the Insignia as opposed to the previous 27 options), adopting common platforms and purchasing teams, sharing production facilities and a myriad of small-scale moves. Some of these may seem insignificant on their own, but are likely to have a major impact on the bottom line when aggregated together.

It is clear that progress is being made, with the May agreement over the future of Eisenach and its allocation of the Grandland X from 2019, as well as the fact that Opel is pleased to have secured unions agreement for a framework labour plan through to 2023. Time will tell if this is enough, or if other measures need to be taken to ensure Opel is a long-term success under PSA ownership.