Ford has caused controversy at home by announcing a $1.6 billion vehicle factory in Mexico, but this is not its only investment in the country; it is also building a transmissions plant and expanding an engine facility 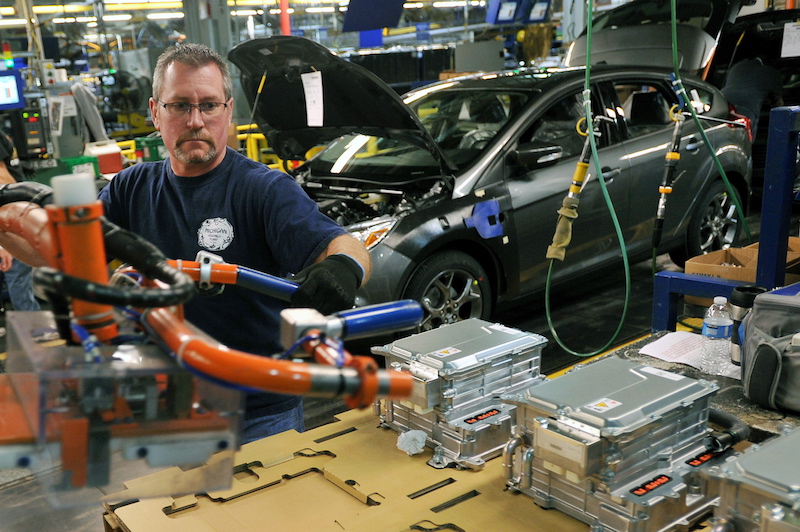 Ford is moving more vehicle production to Mexico and – alongside most other major OEMs – investing heavily in the country. The company will open a new vehicle plant in San Luis Potosí (near BMW’s first factory in the country) in 2018 as well as building a transmissions plant and expanding an existing engine facility to boost capacity. Ford’s new vehicle factory will cost $1.6 billion and have the capacity to make as many as 350,000 units a year – although some reports suggest that the figure could be even higher, at 500,000 a year. It is expected to make replacement models for the current Ford Focus car and C-Max compact MPV which are currently produced at Wayne, Michigan. The investment will have created 2,800 jobs by the time the plant is running at full production.

When news of this factory broke in April 2016, the Republican US presidential candidate, Donald Trump, described it as an “absolute disgrace” and something he would not allow if he won the upcoming election. Heavily critical of the transfer of vehicle production from Michigan to Mexico and the associated loss of jobs, Trump’s words echo those of the leaders of the United Auto Workers union. Trump even said that he would impose an enormous 35% import duty on any cars which Ford brings into the US from Mexico. While this may seem improbable, and indeed would be received with the greatest shock at Ford HQ, Trump had an ally in his criticism of Ford, in the (failed) Democrat candidate Bernie Sanders. The fact that Ford’s plant at Wayne will fill the gap in its production left by the Focus and C-Max with the long-awaited replacements for the Bronco SUV and Ranger pick-up has gone almost unnoticed.

Ford has been manufacturing vehicles in Mexico since 1925 and made 430,000 there last year

Ford is highly unlikely to reverse its decision, and in fact is pouring even more money into Mexico beyond that committed to the factory at San Luis Potosí. It is investing $2.5 billion in new engine and transmission plants, with the creation of 3,800 jobs. It is worth noting that, for all the controversy regarding Ford’s Mexican investment, US commentators tend not to worry about its investments elsewhere in the world. For example, at the same time as news of the Mexican car plant emerged, Ford also announced a $170m investment in its South African operations, to build the all-new Everest SUV at Silverton Assembly Plant in Pretoria.

There is no doubt that Mexican investments will remain controversial during the remainder of the 2016 presidential election campaign, and surely beyond. However, Ford is adamant that it cannot make small or indeed compact cars in the US on a profitable basis. In its defence, Joe Hinrichs, the OEM’s president of the Americas, recently emphasised that around 80% of its North American sales are of vehicles which are made in the US. Ford also claims that it now produces more vehicles and employs more people in the US than any other vehicle company, having added 25,000 US jobs in the last five years. In a partial rebuttal to critics of its Mexican investment, last year Ford transferred production of its medium-duty trucks, the F-650 and F-750, from Mexico to Ohio.

Adding capacity for cars, engines and transmissionsFord has a long history in Mexico, having manufactured vehicles there since 1925. At Cuautitlán in the state of Mexico, it is already producing a small car, the Fiesta, ahead of adding the Focus and C-Max replacements at San Luis Potosí in a few years’ time. Ford may also produce a competitor model to the Toyota Prius, widely expected to be called Model E (something which is understood to have greatly annoyed Tesla’s owner, Elon Musk, who had hoped to use this name). Ford built around 430,000 vehicles in Mexico in 2015, and since the new vehicle plant will have a capacity of 350,000, possibly 500,000, it could more than double the carmaker’s output in the country by the end of the decade. Furthermore, Ford is planning to add 150,000 units at Cuautitlán.

Prior to the announcement of the San Luis Potosí plant this year, in 2015 Ford pledged an investment of $2.5 billion in new engine and transmission facilities in the country. This will involve a new factory and expansion at existing facilities in Chihuahua, to make both petrol and diesel engines, plus a new transmission plant in Guanajuato.

In Chihuahua, $1.1 billion will be invested to produce new petrol engines, requiring the recruitment of an extra 1,300 personnel. These engines will be exported to the US and Canada, plus Ford operations in South America and Asia-Pacific. A further $200m will be invested in the existing petrol and diesel production lines, adding 500 jobs. Ford claims that these investments will make Chihuahua the biggest engine plant in the country. At present, Chihuahua manufactures 2.0-litre and 2.5-litre I-4 petrol engines, plus 4.4-litre and 6.7-litre diesel engines for trucks. 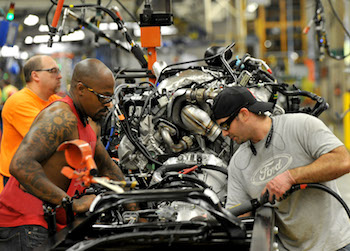 The planned transmission facility represents an investment of $1.2 billion and will be built in Irapuato on the premises of transmission supplier Getrag, creating 2,000 jobs. At the time of the announcement in April 2015, Gabriel Lopez, Ford of Mexico’s president and CEO, described it as “an important milestone” in Ford’s history in the country. “Currently within Ford, Mexico is the fourth vehicle producer, the fourth-largest engine producer and is the second-largest nation supplying Ford’s global manufacturing facilities,” he stated. The new facility will be Ford’s first gearbox plant in Mexico and will make two automatic transmissions for its factories worldwide.

Although Ford’s plans to expand in Mexico have caused consternation in the US, these moves are simply the continuation of a well-established process, one which is unlikely to be stalled any time soon – unless the US government decides to engage in a trade war with Mexico. Such an idea seems far-fetched right now but, despite some progress, the conclusion of the US-Europe trade deal (known as the Transatlantic Trade and Investment Partnership) has no clear timeframe. Failure to finalise this deal could have serious consequences for the vehicle companies, Ford included, which have moved to Mexico. Moreover, should Donald Trump reach the White House, realities with Mexico will undoubtedly change and the implications for the automotive industry in the country – not just Ford – could be profound.