The term ‘rapid prototyping’ is not popular among the companies that provide the relevant technologies, for two basic reasons: its association with the sophisticated but expensive techniques involving laser curing of resin materials that predominated when the concept first appeared a couple of decades ago; and the fact that contemporary technologies generally listed under the RP banner are now used for more than just the manufacture of prototype parts.

Fred Fischer is product marketing manager for US-based Stratasys, a company that manufactures RP machines that use the fused deposition modelling (FDM) technique in which parts are made through the curing in air of cumulative layers of thermo-plastic materials that are applied through a nozzle. He says that the term ‘additive manufacturing’ is more accurate for one part of the technology, while for the second he identifies several quite distinct application areas including:

Fischer says that Stratasys machines are used in the automotive sector by customers ranging from major OEMs right down to Tier 3 suppliers. The FDM approach has attributes which make it very useful, he says. They include being ‘clean’ enough to be used in an office environment, and making use of different materials for varying applications which might seem too arduous for a plastic fabrication. 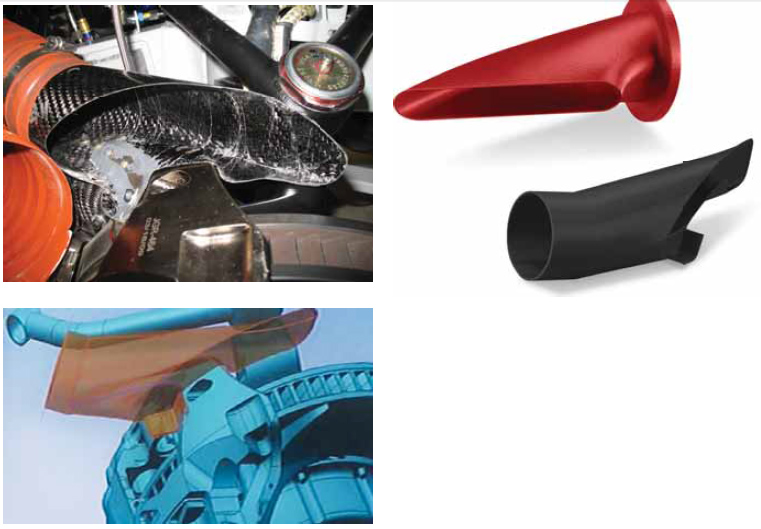 Anything’s possible
In one instance, FDM was used to make a prototype contaminant filter for a diesel engine that was functionally tested for 97 hours. Fischer claims that, in such contexts, FDM parts can operate as metal substitutes, even to the extent of withstanding temperatures up to 200degC. He adds that “any component that is produced by injection moulding can typically be functionally tested by a relevant FDM model” Elsewhere, the use of the technique to manufacture production tools is a relatively little-known application. BMW has used FDM to make hand tools for both testing and final production, including making an application device to position the badge on the rear of Series 3 vehicles. Elsewhere, says Fischer, FDM has been used to make a robot tool for an injection moulding line. Savings in time and cost over the production of metal counterparts can be anywhere between 40-90 per cent, he says.

Return to racing
An example of the time-saving of FDM is provided by US performance car manufacturer Joe Gibbs Racing. Their car blew a tyre in a race on a Sunday, because of overheating in a brake rotor cause by an inefficient cooling air duct. The following day one of the company’s engineers designed a replacement duct and then generated a full-size FDM concept model in ABS-M30 plastic from the CAD data in four hours. By the evening the concept was firm enough for the company to proceed with the overnight manufacture of a robust functional prototype in PC-ABS material.

On the Tuesday morning, further design changes were deemed necessary and so a second prototype was made. By that evening, it was possible to manufacture a tooling buck in PPSF plastic that was in turn used to create a fibreglass mould. The final carbon fibre part was then produced in the mould and was fitted to the car in preparation for its next race on the Wednesday afternoon.

The racing team reckons that total FDM-related costs were just $47, compared with an estimated $1175 for an alternative approach involving CNC machining. But the real saving was in time; the CNC technique would have taken 33 days.