The proposal specifically calls for a 100% reduction in CO2 emissions from new vehicles sold from 2035, something that cannot be achieved with combustion engines. 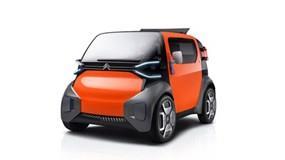 The sale of gasoline and diesel cars and vans will be banned in European Union member states by 2035, the political body said, with revised, more stringent emissions targets to achieve in the interim.

The Council on which ministers from various EU state governments reached the deal on Oct. 27 with the European Parliament.

Both entities agreed that CO2 emissions from new cars should be 55% lower than 2021 levels by 2030 replacing a target of a 37.5% cut. For vans, the new target would be a 50% reduction. The ban on combustion engine car sales is expressed in the agreement as a 100% CO2 emission reduction target, rather than the barring of that powertrain.

In the same vein, the EU does not stipulate what technology must replace the ICE. The European Commission will make proposals to enable the registration of vehicles burning CO2-neutral fuels separately to this newly-agreed legislative framework.

Various changes have been also been agreed for steeper interim emissions reductions as well as tweaks to allowances that automakers can count towards those goals.

“This agreement will pave the way for the modern and competitive automotive industry in the EU. The world is changing, and we must remain at the forefront of innovation,” said Czech minister for industry and trade, Jozef Síkela.

“I believe we can take advantage of this technological transition. The envisaged timeline also makes the goals achievable for car manufacturers.”

The European Union statement said the full text of what has been agreed would become available soon. The targets were last revised in 2019.

The European Automobile Manufacturers’ Association (ACEA) which represents the bloc’s car manufacturers said in a statement that policymakers need to move faster to create “enabling conditions” for the targets they are imposing.

“This extremely far-reaching decision is without precedent,” stated Oliver Zipse, ACEA President and BMW CEO. “It means that the European Union will now be the first and only world region to go all-electric.”

“Make no mistake, the European automobile industry is up to the challenge of providing these zero-emission cars and vans,” said Mr Zipse. “However, we are now keen to see the framework conditions which are essential to meet this target reflected in EU policies. These include an abundance of renewable energy, a seamless private and public charging infrastructure network, and access to raw materials.”

ACEA says one in five new cars sold in the EU in 2021 came with a plug and that this would reach three cars in five by 2030, putting the bloc far ahead of other regions.

Automakers in particular want policymakers to help tackle access to raw materials needed in EVs, support to keep the cars affordable and to mitigate the effects of jobs lost in the industry from the transition to a simpler type of powertrain, said Sigrid de Vries, ACEA Director General.