From prototype to production 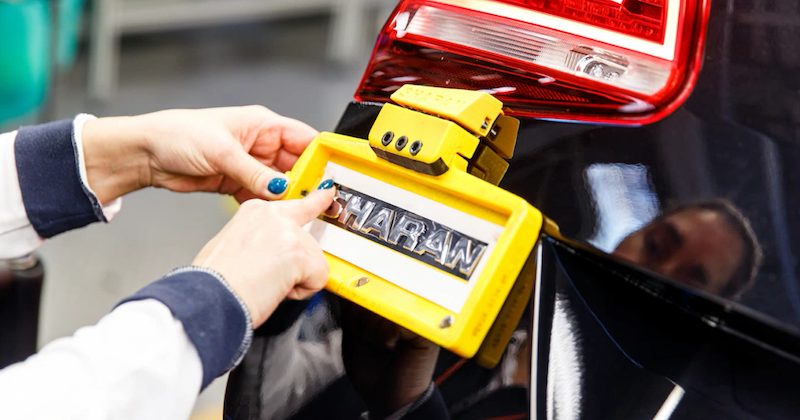 While now seeing use in limited production roles, additive techniques are still being put to use in new and innovative ways as product development tools. One example is the Plastics 3D Printing Centre within Audi’s Pre-Series Centre at Ingolstadt, Germany. This facility has been testing out the potential of the Stratasys J750 machine, specifically for the prototyping of tail light covers and as a result of its exploration of the machine’s potential Audi has now decided to add one to its roster of additive technologies. “We successfully tested and used the J750, especially regarding printing of tail light covers in collaboration with Stratasys and suppliers,” confirms Dr Tim Spiering, head of the 3D Printing Centre.

Reducing lead timesIn the case of the tail light covers the company expects the main benefit to be compressed development times. “We expect a reduction in lead time for producing tail light covers of up to 50% in comparison to traditional methods like milling or casting,” Dr Spiering confirms.

The machine also offers the ability to experiment with different colours and Audi aims to make the most of that opportunity. “Our first area of application will be the production of prototypes for light models in various colours,” states Dr Spiering. “We will specifically match shades of red and yellow colours as they are the commonly used colours for lighting applications.”

As Dr Spiering explains one of the main challenges with previous prototyping techniques was that of effecting a workable compromise between the wish to experiment with different colour combinations and the labour-intensive assembly procedures entailed by the use of multi-coloured covers for the tail light housings. The individually coloured parts had to be assembled together to create the complete units as they could not be produced in one-piece. In contrast the new J750 machine will enable the production of entirely transparent, multi-coloured tail light covers in a single print, eliminating the need for the previous multi-stage process. Nor will there be any effective limitation on the company’s ability to experiment as some 500,000 different colour combinations will be available to Audi’s team. Dr Spiering notes that “due to the high printing resolution of the machine we expect especially grained parts in the interior to display a persuasive level of detail.”

Just how great an impact this specific application will have on the company’s overall development timescales is, though, a matter on which Dr Spiering remains guarded. “In general the reduction in lead time will allow us to create more design alternatives in a given time frame,” he observes. “But since producing the tail light covers is only one step in the entire light design process we will have to evaluate the impact on this process after a longer time period.”

Nevertheless, other material properties both in terms of their visual appearance and handling characteristics will also be exploited. Dr Spiering adds that “since we intend to use the machine for further application areas, standard modelling materials and especially flexible materials will be used on the machine for further prototyping applications besides tail light covers.”

Multi-colour capability in the development processInterestingly the machine is an example of what Stratasys terms ‘Poly-Jet’ technology that is derived from commonplace ink-jet printing techniques and which it added to its portfolio when it acquired Israeli company Objet several years ago. In the case of Audi, the new machine will supplement others of the same type. “We expect the J750 to be a useful addition to other Poly-Jet machines in our portfolio further enabling us to make design decisions on interior and exterior elements,” states Dr Spiering. But, Audi believes that the multi-colour capability will support not just styling-related decision-making but also ‘harder’ engineering-related issues. “It will make it possible to produce coloured models of car components such as engines, control elements or electronics to facilitate productive discussion in the development process,” notes Dr Spiering.

The importance of such factors as the colour, texture and visual detail of additively manufactured parts as real engineering tools is reiterated by Scott Sevcik – vice-president manufacturing solutions for Stratasys. Sevcik says that Poly-Jet’s origins as a relatively low-cost technology should not detract from the sophistication of its capabilities. As such it is, he states, complementary to the other additive technology in Stratasys roster – that of the ‘fused deposition modelling’ (FDM), essentially a targeted extrusion technology – which it originally developed. The essential attribute of FDM in contrast to Poly-Jet, he states, is simply the robustness of the parts it can produce, which makes it suitable for such applications as the production of composite mould tooling and even some end-use parts. “There is little overlap between them,” he observes.

Antero 800NA is a new thermoplastic material that came onto the market in April this year. The new release is, Sevcik states, based on PEKK (polyetherketoneketone) material and for automotive applications its most interesting capability might be the very high chemical resistance to hydrocarbons, such as fuels and lubricants. It is also claimed to possess sufficient heat resistance to be suitable for under-the-hood applications. Moreover, since the FDM technique is one of continuous extrusion, parts made in this way should also be more durable than those made using alternative powder-based additive processes that use PEKK materials.

Meanwhile elsewhere additive techniques have made their way onto automotive manufacturing shopfloors but not necessarily always as direct manufacturing technologies. Instead they have found a use in the fabrication of tools for use by assembly workers to assist them in part handling and lifting operations, where the benefits they provide can include considerable cost savings, massively compressed lead-times for tool production and precise matching of equipment geometry to both that of the parts involved and also to the physiology of individual workers.

In-house tool makingOne automotive plant that has explored the potential for this approach and is now reporting considerable benefits is the Volkswagen Autoeuropa operation in Palmela, Portugal, where the company employs 5,700 people in the production of the Volkswagen Sharan and T-Roc and SEAT Alhambra vehicles. Current output is 860 vehicles per day. Back in the middle of this decade the company decided that both lead-times and costs for the tools its workers used, and which were sourced externally, were prohibitive. The company found that working in this way meant that lead-times of several weeks could be involved, especially when multiple designs or assemblies were required. Fundamentally the approach was one of trial and error rather than of a targeted set of procedures aimed at satisfying closely defined objectives. It therefore began to look for an in-house solution with the immediate objective being to enable it to create more prototypes, gauges, tools and spare parts in-house and so reduce the development times and acceptance testing procedures involved.

A search of the market eventually saw it decide to use 3D printing machines from Netherlands-based Ultimaker, which use what the technology supplier describes as a ‘fused filament fabrication’ technique to make parts from a range of polymer materials. The Portugal plant now has seven Ultimaker3 machines in operation and is reporting that purchasing costs have been reduced by 91% when compared to working with external suppliers and implementation times cut 95% along with associated ergonomic, assembly processes and quality enhancements.

According to Luis Reis, pilot plant engineer at the plant, the company has now integrated the use of additively manufactured tools deep into its production processes. “There is a wide range of 3D printed tools being developed, printed, tested and implemented in Volkswagen Autoeuropa,” he confirms. “They range from the simplest templates and hand tools to more complex gauges such as those used to position logos and badges, to higher complexity fixtures used to assemble parts. 3D printed tools for all these applications are being used by the operators in the production lines.” As such not only is the sheer number of additively manufactured tools the company now uses considerable but so also is the range of materials involved. On both counts Reis provides some details.

Additive now part of production operations As far as numbers are concerned then “there is a positive acceptance for these types of tools and we can certainly say that the amount of such tools currently being used is very wide,” states Reis. “It is reasonable to say that up to 300 3D printed tools are being used daily in the production lines with spare parts and components for currently existing tools being produced continuously”. He adds that around three completely new tools are produced each week.

As far as materials are concerned Reis says quite explicitly that “the success of 3D printing depends significantly on the materials used. He reports that within Volkswagen Autoeuropa the most widely used materials are those based on PLA (polylactic acid), TPU (thermoplastic polyurethane), PET (polyethylene terepthalate) and nylon. “We are continuously looking for new materials in the market, so our portfolio of available materials is very wide,” he adds.

But at a more general level Reis says that several other less quantifiable but still identifiable benefits accrue from the use of the additive machines. The first involves their direct ergonomic efficiency – “the design and light weight of 3D printed tools provide an added value in any production line,” he states. A key factor is that tools can be designed and made to suit the requirements of individual workers. Another very simple but very effective capability is that printed tools can be colour-coded. “Establishing simple colour codes is a very positive add-on,” he observes. “In our plant all left-hand gauges are green and all right-hand gauges are red. It is a very positive feature to have these gauges built in clearly distinctive colours, thus simplifying the decision making process and avoid potential mistakes.”

Nevertheless, specific quantifiable benefits remain the policy’s major justification. One that the company identifies is the relative before and after costs, and production timescales for the production of a tool to enable accurate and repeatable positioning of a liftgate badge. Previously each unit cost €400 with a 35-day lead-time. Now the corresponding figures are €10 and four days. Overall the company reckons that by using 3D printed tools, jigs and fixtures, it not only reduces cycle times, labour requirements and the need for reworking, but does so while improving tool ergonomics at a tenth of the previous cost. It estimates that total savings during the course 2017 were in the region of €325,000.

Reis confirms that Volkswagen Autoeuropa’s use of additive manufacturing stretches well beyond the technology’s original application area of ‘rapid prototyping’. Nevertheless, there is, he admits some use of the technology for more conventional prototyping applications at the company. “We use 3D printing to test in advance any part coming from an engineering change,” he states. But Reis also adds that the same approach is used to test out elements of new production equipment intended for use on the shopfloor. “We support colleagues from the planning department by 3D printing critical components from equipment to be installed in the production line,” he explains. As such he ultimately takes the view that a proper appreciation of the potential of additive techniques in a manufacturing environment requires that that initial terminology should now be regarded as effectively redundant. Quite simply it is now the case that: “The word ‘prototype’ is a bad advertisement for 3D printing.”