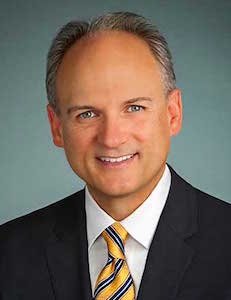 South America – The current CEO of Agility Fuel Systems will join the vehicle-maker in September to replace Jaime Ardilla as GM’s executive vice-president (EVP) and president of South America. Ardilla will retire after serving the company for nearly three decades.

In his new role, Engle will oversee the OEM’s operations in Brazil, Argentina, Paraguay, Uruguay, Chile, Peru, Colombia, Ecuador and Venezuela. He will become a member of the executive leadership team, reporting to GM president Dan Ammann.

Engle worked for Ford from 1992 to 1997 before becoming a Chrysler-Plymouth-Jeep dealer in Salt Lake City, Utah. He returned to Ford between 2000 and 2008, serving the company in Brazil first as director of Marketing, Sales and Service and later as president both of the country and Mercosul. His time with Ford also included management positions in the US, Mexico, Japan and Canada. After short stints with New Holland Agricultural Equipment in Turin, Italy, and Think Holdings in Oslo, Norway, Engle joined Agility in Santa Ana, California.

Ardilla has served GM as executive vice-president and president of South America since 2010 and has recently led efforts to grow its Chevrolet brand through a renewed product line-up and to increase component localisation for cars made in Brazil. He started his career with GM in 1984 in Colombia and has also worked for the company in North America and Europe.