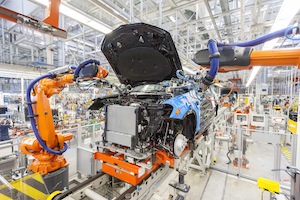 At a time of renewed confidence for the automotive industry in North America comes the news that one manufacturer, Volkswagen, has been misleading US regulators over vehicle emissions. While other OEMs have experienced damaging scandals in the recent past, it is difficult to think of anything more likely to repel American consumers than a foreign company cheating in some way. And this just as VW was attempting to strengthen its presence in the country with a $600m investment to add a large SUV at Chattanooga, Tennessee.

VW might be more welcome now in Mexico, where the immense Puebla plant that I visited in July for our North America 2015 special edition has been in operation for 50 years and is still growing, currently building a bodyshop for the new Tiguan as part of a $1 billion investment. However, half of Puebla’s output is exported north of the border, and the three-row Tiguan was intended to take a slice of the highly popular SUV market, so we will soon see what effect the emissions revelation has on sales, and production too.

Of course, consumers in search of SUV-type vehicles can always turn to the ‘Big Three’ of US vehicle production – Ford, GM and (Fiat) Chrysler. In Ohio, I visited FCA US Toledo, the home of the Jeep and one of the highest-performing factories in North America. The plant recently completely a $500m expansion which should help it to reach a target of 531,000 units this year – potentially knocking Nissan Smyrna off the top spot for output.

In Michigan, GM Lansing Delta Township, which produces crossovers, is set to add to its line-up after securing $583m of the billions of dollars that the OEM is pouring into its US plants. GM Lansing regional plant manager Mike Trevorrow was tight-lipped about what vehicle will emerge from the bodyshop that is under construction but said it will feature “more mixed materials” requiring “newer technologies in regard to joining”.

Staying with this theme, I also visited Ford’s revolutionary bodyshop for the F-150, which was renovated in just one month and is a triumph of logistical planning as well as a technological pioneer, as the first facility engaged in high-volume production of aluminium vehicles. Chief body construction engineer Ron Ketelhut told me how the transformation was accomplished – and said the bodyshop will be Ford’s blueprint for the future.

Based on sales and output, the ‘Big Three’ might now be called the ‘Big Four’, with the three US manufacturers challenged by Toyota. The Japanese OEM is making almost 1.9m vehicles in the region per year and by 2019 the number of its factories will reach double figures with the opening of a second Mexican site, in Guanajuato. This state is rapidly becoming a hub of automotive production and most recently welcomed Mazda at Salamanca – the OEM’s first independent factory in North America. Keishi Egawa, president and CEO of Mazda in Mexico, told me how the company benefited from an existing network of suppliers already serving the US manufacturers but also imports such as Nissan and Honda.

Mexico’s supplier base, low-cost labour, proximity to the US and multiple free-trade agreements are drawing yet more global OEMs, with Mercedes, BMW, Audi and Kia all set to open factories in the next few years. However, as explained in our regional overview, not all of the rising investment in North America is going to Mexico – the US is taking a share too. Volvo is building its first North American plant at Ridgeville in South Carolina; in the same state, BMW is set to make the SUV specialist, Spartanburg, its largest plant worldwide; Mercedes has been expanding at Tuscaloosa, Alabama; and of course VW has been investing at Chattanooga.

But amid the investment frenzy, will anyone remember that a rise comes before a fall?