Do national brands matter any more? 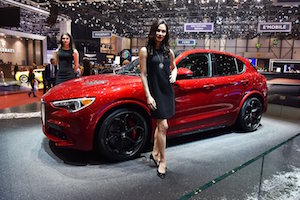 While most of the trade press at the recent Geneva Motor Show was focused on PSA’s takeover of GM Europe, some interesting comments by Fiat CEO Sergio Marchionne went almost unreported: he confirmed that the next Fiat Panda will be made in Poland and that the company’s Italian factories will therefore focus mainly on high-margin Alfa Romeos and Maseratis. It is true that Melfi will make the Fiat 500X small SUV, but half of the output from this factory is the Jeep Renegade; the large Ducato van will also be produced in Italy, but neither case detracts from the changing picture of Fiat’s production.

With the replacement for the Punto (expected to be called the 500+) also to be made in Poland, the giant Tychy factory will produce the vast majority of future Fiat cars, namely the 500, 500+ and Panda, while a Jeep version of the 500+ is also a distinct possibility. Meanwhile, the 500L is made in Serbia and the Tipo compact car, plus the Fiorino and Doblo small vans, are made in Turkey. More than three-quarters of Fiat vehicles sold in Europe will soon be made outside Italy.

This is an extreme version of an industry-wide trend which has been under way for many years. For example, more Renault cars are made outside France – in Spain and Turkey – than inside France. The recent rise in French Renault production is actually due to the increased production of vans for Opel, Nissan, Fiat and Mercedes, as well as the Nissan Micra, rather than any underlying strength of demand for Renault cars. Similarly, BMW X1s will soon be made in the Netherlands, as will some 5-series in Austria; some Mercedes C-class models will soon be produced in Hungary, while the Volkswagen Group’s largest SUVs are made in Slovakia. Consumers do not seem to mind – or indeed, to know.

Consumers like brands, and the perceived quality or other values which come with the brand, but where the product is made no longer seems to carry much significance. In the past, vehicle manufacturing was considered to be a proxy for national strength, but the traditional association of automotive brand and nation has been broken, arguably irretrievably. BMW’s biggest plant in the world is now in South Carolina as opposed to southern Germany, and soon all vehicles sold under that quintessentially Australian brand, Holden, will be made only in Europe or Korea.

While consumers may not worry about where cars come from, governments certainly do. The economic contribution of vehicle plants to their local and national economies is considerable, and that is why the UK government will work hard to ensure that Nissan, Toyota and others are made to feel welcome in the post-Brexit world. Meanwhile, across the Atlantic, President Trump has used the threat of “a big border tax” to persuade Ford to revise its North American manufacturing strategy and to encourage other OEMs to invest in the US too. Although it has been silent on the issue so far, the Italian government would also like to act to keep Fiat car production in Italy. However, EU rules and its own financial travails mean that Rome is powerless to stop Fiat taking the dolce vita to Poland, Serbia and Turkey.