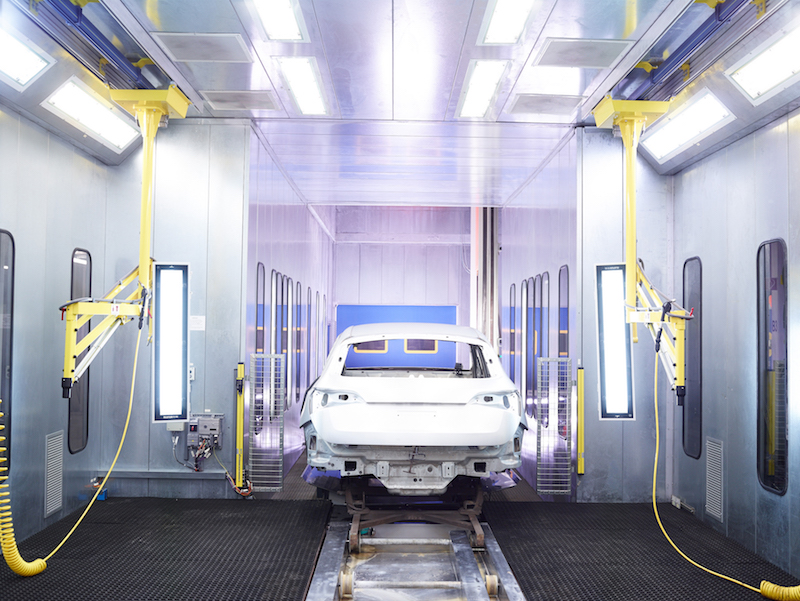 The initial treatment that a bare metal car body receives is fundamental to achieving the key performance parameters of all subsequent coating and painting operations, most obviously corrosion protection and paint adhesion. For many decades, that first process was straightforward zinc phosphating; the steel body was immersed in a phosphoric acid bath, generating surface properties that increased the effectiveness of the subsequent electro-coating process.

But the growing trend towards using greater amounts of aluminium in vehicle construction, for the purpose of lightweighting, has made that process less attractive in terms of cost and environmental efficiency. It has had the unfortunate side-effect of generating unacceptably large amounts of waste sludge, which makes the process inefficient in several ways, not least the need for cleaning operations which interrupt production.

However, in collaboration with a number of vehicle-makers, materials technology company Henkel has developed a two-step process to solve the problem, now marketed under the name Bonderite. According to Peter Kuhm, the company’s business director, surface treatment, for Europe, the origins of the process date back to 2000-2001, when the technology was developed with JLR in the UK. Then, in 2006-2008 an optimised version was developed, which has now spread across the global automotive industry, with users including Ford’s truck manufacturing operation at Dearborn, Michigan, and FCA’s plants at Cassino and Millefiori in Italy.

During conventional phosphating, a square metre of galvanised material might produce 0.5g of sludge, a similar area of steel might produce 3-4g and aluminium could result in 10-15g

Kuhm explains that there was a marked difference between the way steel and aluminium reacted to the former process: a square metre of galvanised material might produce 0.5g of sludge, a similar area of steel might produce 3-4g and aluminium would result in 10-15g. A significant increase in the proportion of aluminium in a car body would therefore produce much more sludge and necessitate better filtration to remove it.

In conventional phosphating, Kuhm explains, the surface of the immersed metal is etched by the acid, releasing metal ions. When that metal is steel, iron ions are produced and form the resultant sludge, which has a “light, fluffy” composition. Simultaneously, the zinc content of the bath forms a crystalline zinc-phosphate coating on the metal that gives the process its name. The sludge produced by aluminium, composed of sodium potassium aluminium fluoride, is much denser and more difficult to remove from the fluid. Moreover, a much higher flow-through of fluid is required to prevent it from settling at the bottom of the immersion tank.

Finding a better formulaThe first stage of the process developed by Henkel, therefore, uses a slightly different composition of fluid to mitigate the worst consequences of the conventional process on any aluminium present. According to Kuhm, the new formulation creates a coating on aluminium that is a few nanometres thick and inhibits etching, effectively halving the amount of sludge produced by the metal and also avoiding the unwanted deposition of zinc phosphate crystals on its surface; subsequent filtration requirements are reduced accordingly. The coating of steel, though, remains as before.

As with conventional phosphating, the second stage, which takes place after two rinse cycles, is a passivation process that protects the very small amount of steel that is left uncovered by the naturally occurring gaps between the crystals on its surface. The Henkel process uses a modified formulation based on complex zirconium chemistry, which Kuhm says “acts as a conversion coating”, fulfilling the original passivation function for steel and providing a zirconium oxide anti-corrosion coating for aluminium. An additional benefit is the lower fluoride content in the wastewater, which simplifies subsequent waste treatment. Exactly the same process can be carried out with 100% aluminium bodies, which is now the case at JLR.

The result is, Kuhm claims, a complete car body with anti-corrosion and paint-adhesion properties that are at least equal to those achieved by conventional phosphating, but achieved more efficiently and economically. One OEM user has officially reported back that on both counts it regards the performance of the new process as superior to the conventional procedure. Henkel has also collected quantifiable comparative performance metrics, including energy savings. These result from the lower temperature at which the initial phosphating tank needs to operate (46-48°C instead of 53-56°C) and the fact that no oven baking is required after the two-stage process; the treated car body goes ‘wet-on-wet’ into the e-coating stage.

Furthermore, transitioning from the conventional to the optimised two-step process does not require significant capital investment in new equipment. As Kuhm puts it, “finishing with the old process on a Friday afternoon and starting with the new one on the following Monday morning” is a realistic prospect. The conventional process requires two tanks as well, so the only modifications are the substitution of the lower-fluoride fluid in the first tank for the previous mixture, and a slightly altered chemistry in the passivation tank. The composition of the fluid in the phosphating tank must be monitored – specifically, the level of the additive on which the effectiveness of the process depends – but if necessary that can be accomplished in Henkel’s own laboratories as an off-line service.

Otherwise, all parameters are the same as before; no new environmental conditions or workforce skills are required, and in-process times for vehicles are similar or slightly shorter. What all this adds up to, says Kuhm, is a saving of around €1.50-2.50 ($1.75-2.90) per vehicle body treated. Given that the corresponding figure for the conventional process is around €10, this is a reduction of up to 25% and becomes a substantial saving when aggregated over time in a high-volume production context.

Seeking further improvementsThe optimised process has remained constant since it was first introduced just under a decade ago, but Kuhm says Henkel is now undertaking several enhancement initiatives in cooperation with OEMs. One of these aims to achieve enhanced energy savings by reducing the operating temperature of the initial phosphating bath to 40-42°C. Although the identity of the vehicle-maker is not being disclosed, the company is one that is noted for the high level of aluminium it now incorporates in its vehicles. The target date for the introduction of this new version of the process is about two years from now. “It already works in the laboratory,” Kuhm states, adding that three cycles of line trials and subsequent evaluation are likely to occur before the go-ahead to convert current procedures. 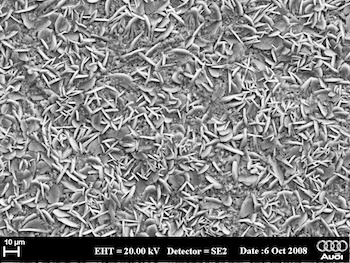 A close-up of a car-body surface following phosphating

Another enhancement project aims to develop a nickel-free version of the process and therefore improve safety, since nickel is highly carcinogenic (yet pervasive in car body pretreatment). The goal is to remove nickel entirely from the current Henkel process with no impact on its effectiveness. Again, the development partner remains confidential but the target date for the introduction is much closer: next year. Kuhm confirms that line trials involving “several thousand” car bodies have already occurred at one of the carmaker’s plants.

Such cooperation with an OEM is necessary for effective process enhancement. “You can work with panels in a laboratory but you need to work with full mixed-metal bodies to be sure,” Kuhm explains. “You have to have the line experience.” But he emphasises that all intellectual property concerning the process remains with Henkel and is available to any customer. The advantage for the OEM in each development initiative is the headstart it gains in terms of implementation.

German carmaker Audi was Henkel’s key partner in the development of the optimised process that has now become established practice throughout the wider industry. The company continues to use the technology, confirms Michael Michallek, production planner specialising in corrosion at Audi. “The two-step process is used, among other pretreatment processes, in three Audi plants at the moment,” he reports. “This process was developed especially for the very high quality requirements of Audi and the earlier version has never been used at Audi.”

According to Michallek, the spur to the development and adoption of the process was Audi’s wish to use increasing amounts of aluminium in its vehicles. “Benefits in process costs and environmental improvements have just been positive side-effects,” he reports, adding that adopting the process is straightforward, with operators simply needing to be instructed in the new process parameters. The main objective remains that of facilitating the use of aluminium in vehicle construction, and as far as Audi is concerned the process does exactly that. “The proportion of aluminium in Audi car bodies varies from zero to nearly 100% and this process can be used for all proportions of the material,” states Michallek.