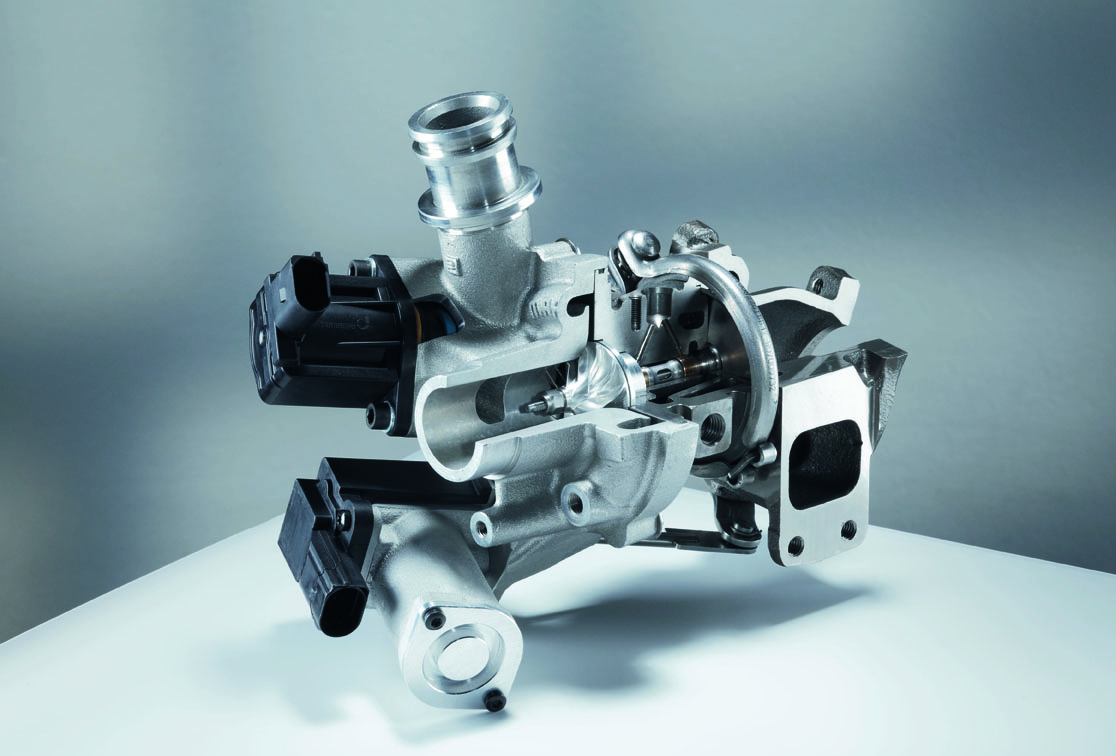 Engine component suppliers have received a notable boost in recent times by the establishment in China of premium-brand engine production operations alongside long-established vehicle manufacturing operations. BMW, Mercedes-Benz and Volvo all now produce engines in China, essentially for vehicles made in China, although export of Chinese-made engines in the long run should not be ruled out; having switched to local engine production, increased engine component sourcing in China is now on the agenda.

While volume manufacturers from the developed world have long had local Chinese engine production capacity, the decision by premium manufacturers, BMW and Mercedes, and also Chinese-owned Volvo, to produce engines in China is a major sign of their collective confidence in the country’s capabilities. BMW is planning to make as many as 400,000 four-cylinder petrol engines a year in Shenyang and in late 2013 an all-new Volvo engine plant in Zhangjiakou started production, the first engine plant that Volvo has operated outside Sweden. Volvo will also make four-cylinder engines in China, using the same VEA architecture that it is using in Europe.

Meanwhile, Mercedes’ Chinese engine plant, which opened in November 2013 at a cost of €400m, will produce up to 250,000 four- and six-cylinder engines a year. Like Volvo, Mercedes’ plant in China is also its first engine plant outside Europe. As well as supplying Mercedes’ growing car and SUV range produced in the country, this plant will also supply engines to the Fujian-Benz joint venture which makes vans.

With the above expansions in mind – and the existing engine operations of VW-Audi, Ford and others – it is not surprising to see European engine component suppliers following the vehicle companies into China. A good example is that of Bosch-Mahle TurboSystems – actually a new supplier in Europe. In recent years, Honeywell and BorgWarner have dominated the turbocharger market. However, the growth in the use of turbochargers, primarily as a means of reducing fuel consumption and emissions rather than as a performance enhancement technology, has meant that the vehicle companies have encouraged other suppliers to enter the market to provide them with a wider supply base.

This development is unusual in that it is rare for all-new suppliers to enter an established automotive component market. With its all-new factories in Europe now supplying to various German vehicle companies, Bosch-Mahle will open its first Chinese factory in the last quarter of 2014. It has won three supply contracts in China to deliver turbochargers for petrol engines in the 1.0-1.5-litre size range.

Honeywell, too, sees China as a major market, predicting that turbocharger production in the country will double by 2018 to around 10m units. The company first entered China with turbochargers in the early 1990s and it now has a major R&D facility and two production facilities, supported by what Honeywell describes as a very strong local supply base. Its most recently opened plant in Wuhan started production in late 2012.

Powertrain at the heart of expansion
Valeo sees China as a major market and has embarked on a strategy to double its turnover in the country by 2015; this will not just be through component production, but also through a significant investment in R&D facilities. In April 2014, Jacques Aschenbroch, Valeo’s CEO, told the China Daily newspaper that Valeo would invest heavily in the country in emissions reduction technology and in a new global electronics R&D centre which opened in Shenzhen earlier in the year. Valeo’s plans call for a doubling of its business in China between 2011 and 2015; powertrain technologies will be at the heart of this expansion.

Similarly, Delphi – underpinned by the strength of its supply contracts with GM and its Chinese joint venture partners – is also growing strongly in China. In 2013, it expanded its main manufacturing and R&D capacity in petrol engine management systems. Following this, its Beijing facility can now supply: petrol ignition coils, sensors, electronic throttle bodies, fuel delivery modules and diesel fuel rail assemblies. The Beijing technical centre can now also test and assist in the development of both MPFI and GDI engines.

In addition to its growth in Beijing, recent moves by Delphi in China include: a diesel fuel injection plant in Yantai and the addition of gasoline direct injection production capacity at its facility in Shanghai. Like Valeo, Delphi plans to double its turnover in China by 2016, to around $5.5 billion.

New contracts for components
BorgWarner, too, has seen strong recent growth in its Chinese operations; in late 2012, it opened a new production and engineering centre at Ningbo which will lead the development work which BorgWarner undertakes for vehicle companies across Asia. This factory will produce Morse TEC silent chains, roller chains, VCT systems and engine timing systems for Chinese and developed-world vehicle companies’ operations in China. The importance of China to BorgWarner is clear from its new business wins for delivery from 2014: at the end of 2013 the company announced $2.9 billion worth of new contracts in powertrain systems for supply during 2014-2016, of which nearly one-third is from China. Moreover, eight of BorgWarner’s top 25 customers are Chinese domestic vehicle companies. 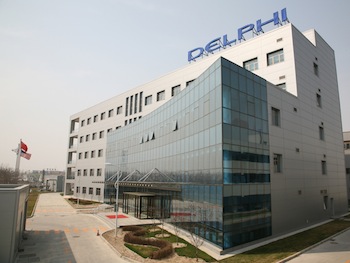 2014 has also seen Federal-Mogul continue to grow in China with an expansion of its Qingdao piston factory; this plant has been increased by 30% and will produce aluminium pistons under the Elastoval brand name. The Qingdao factory is actually one of 12 wholly-owned or joint venture operations which Federal-Mogul operates in China. It is a fully integrated advanced manufacturing operation, not simply an assembly factory; it has capabilities in aluminium melting, gravity casting and a full range of machining processes, including turning, boring and profiling. High-level finishes are achieved through phosphatising and graphite coating of machined parts.

Turning to the transmission segment, the German supplier ZF now has no fewer than 18 plants in China supplying products across its broad range of technologies, for cars and commercial vehicles (CVs) alike. ZF’s competitor, Getrag, also has a growing presence in China. In November 2013, it announced that it had started construction of a new dual-clutch transmission factory in Wuhan, a joint venture with Dongfeng. Production is due to start in early 2016 with an initial capacity of 250,000 units, although the plant has the potential to increase output to 1m units a year, supplying factories in China and across other markets in Asia. This factory adds to Getrag’s existing presence in China with a factory in Nanchang supplying Jiangling and Qoros which will eventually have a capacity of 800,000 DCT units a year.

Meanwhile, Magna's Powertrain unit opened a new factory in Tianjin in mid-2013. The plant has started supplying rear-drive axle modules and power take-off units for Volkswagen and Audi models made in China. It is Magna Powertrain’s sixth location in China, where it has been active since 2005 (the Magna Group now has close to 30 plants in China). 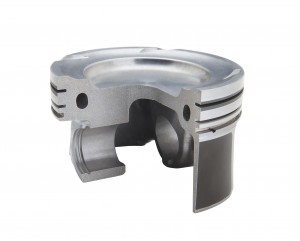 Investment in R&D also grows
This review shows how many of the world’s major component suppliers are now in the process of significantly expanding their manufacturing, and indeed R&D, facilities in China. Component production in China is necessary to support the rapidly expanding vehicle production facilities in the country; although some vehicle companies have been in China for more than 20 years, it is in the last two or three years that the scale of these operations has begun to grow particularly fast.

The adoption of DCT technology, the recognition that emissions need to be cut to address the severe environmental problems afflicting most large Chinese cities and the more recent establishment of engine production facilities in China by some of the premium brands, have helped to stimulate a renewed round of investment by major American and European suppliers in particular.

As the adoption of fuel-saving technologies, like turbochargers, and the increased production of global engine programmes in China become more widespread, the more such technologies will need to be produced in China to allow Chinese operations to operate in the most optimal manner. Further investments and expansions by the major tier ones along the lines described above will surely follow in the years ahead. Whether this will be accompanied by similar moves by European or American tier two suppliers remains to be seen.