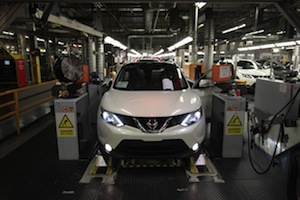 Last week I travelled to Birmingham for Aston University’s Centre for Europe debate on the UK's upcoming EU referendum and its implications for the automotive industry. No firm conclusions were reached, although the Society of Motor Manufacturers and Traders (SMMT) chief executive, Mike Hawes, strongly reiterated the pro-EU membership line which the organisation has promoted in recent months. The academics, automotive industrialists and union representatives in attendance were generally in agreement that staying in would be better than leaving.

However, the overall impression was that the pro-EU campaign’s main message is fear of the unknown: the UK should stay in because there are too many unknowns in the event of ‘Brexit’. For KPMG and some government-funded technology agencies, without EU membership the UK would lack a voice in the changing regulatory environment. No doubt this is a crucial issue, given the rapid development of autonomous vehicle technology especially. The same will likely apply for future emissions standards. However, it seems to me that if all the pro-EU campaign can offer as a reason to stay is the lack of a regulatory role, its argument is unconvincing. More pertinently perhaps, union officials from Toyota and JLR suggested they would recommend to their members that their jobs would be safer inside the EU than outside it.

While economics and jobs should be key considerations in the referendum, it’s worth noting that being inside the EU is no guarantee of car plants staying open and jobs surviving. PSA Aulnay and Opel Bochum have both closed recently, and these are located inside the EU’s two strongest proponents (France and Germany respectively). Other French factories, notably PSA Rennes and Renault Flins, have lost business to lower-cost locations within the EU, while most of Fiat’s Italian factories, Melfi aside, are operating well below capacity, mainly losing business to Fiat Poland or to competitors.

Melfi’s current success, with the Fiat 500X and Jeep Renegade being made at rates towards the upper end of expectations, shows (just as has been the case in recent years with JLR Halewood, Nissan Sunderland, most BMW and Audi plants, and others) what happens if manufacturers develop cars which people actually want. Low interest rates and flexible lease contracts help as well.

Nissan has recently committed to a large investment at its Sunderland plant for the new Juke, along with a new press shop (which should have a shelf life of 20 years, indeed probably longer). Such a decision suggests that it believes the UK will either stay inside the EU, or that it can cope with Brexit at least in the medium term. Its decision-making will certainly have been based on in-depth, rigorous economic analysis, an undoubtedly logical and sensible way of thinking. However, non-economic issues are increasingly important; the social consequences of the current refugee crisis and the political repercussions of the recent terrorist outrage in Paris may well influence the referendum vote to a greater degree than vehicle-makers’ promises of investment and jobs. What was once likely to have been a largely economic decision may now be determined by broader forces.