Tesla unveiled plans to build a factory in China back in 2014. The EV maker has now taken its first step to construct the facility after breaking ground on the site in Shanghai.

The move comes amidst a series of regulatory changes made by government which could have a significant impact on the EV market.

An increasing number of car manufacturers based in the US and Europe are setting their sights on China, especially since authorities have started to relax laws governing joint ventures. Companies from outside the country have previously been restricted to a maximum stake of 50% in joint venture ownership, with local companies required to own at least half. But the in April 2018, President Xi Jinping revealed plans to gradually abolish the rule.

The government also recently announced its intension to stop its new energy vehicle (NEV) purchasing incentives, which it deems unsustainable, and instead force carmakers to fulfil a quota. Specifically, each company will need to prove that NEVS account for 10% of annual sales by 2019, rising to 12% in 2020. Experts have shed light on the potential number of EVs that will be made in the country as a result.

“The rules could result in the production of more than one million EVs annually in China by 2020, or about 4% of sales,” commented Simon Mui, a senior scientist at the Natural Resources Defense Council (NRDC). “If that doesn’t sound impressive, consider this: China’s annual production would exceed the entire annual production of the world today.”

China is already the world’s largest EV market. The latest figures from the China Association of Automobile Manufacturers (CAAM) show that production and sales of battery electric vehicles (BEVs) reached 72,000 and 73,000 units in August 2018, representing a year-over-year increase of 24.2% and 31.7%. Similarly, production and sales of plug-in hybrid electric vehicles (PHEVs) reach 27,000 and 28,000 during the same period, marking a rise of 102.3% and 130.8%.

Tesla’s factory in Shangai will reportedly have a potential output of 500,000 units a year, though initial volumes at the start of operation will be far lower. The plan is to make a small number of “affordable” Model 3s at the end of 2019, before ramping up the following year.

CEO Elon Musk has an optimistic timeline for the factory, suggesting that construction will be completed this summer with production starting soon after by the end of 2019. This could suggest that it will be a semi-knocked down (SKD) or complete knocked-down (CKD) facility, rather than full production.

But Musk is notorious for breaking the norm, and has previously announced several unrealistic deadlines in terms of output at Tesla factories and shipments. He admitted transporting “entire production lines across the world in massive cargo planes” last year in order to hit a target for Model 3 production of 5,000 units a week. 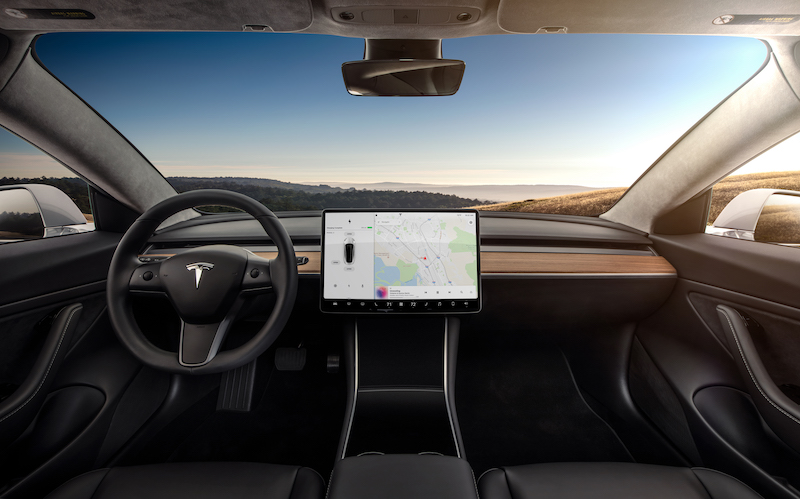 “Higher volume and manufacturing design improvements are crucial for Tesla to achieve the economies of scale required to manufacture the standard range (220 mile), standard interior Model 3 at US$35k and still be a viable company.” - Elon Musk, CEO, Tesla

Tesla isn’t the only carmaker hoping to take advantage of changes to Chinese law. Both Nissan and Toyota recently unveiled plans to expand their existing operations in the country, with the former also planning to spend 100 billion yen (US$900m) on the construction of a new vehicle assembly plant in Wuhan – the capital city of Central China’s Hubei province. Predicted output for the facility is 200,000 to 300,000 units per year.

Toyota, on the other hand, is set to introduce new assembly lines at one of the facilities it operates in Tianjin as part of a joint venture with First Automobile Works (FAW). This will cost around 28 billion yen, and will allow the OEM to make 10,000 battery electric vehicles (BEVs) and 110,000 plug-in hybrid electric vehicles (PHEVs) there every year.